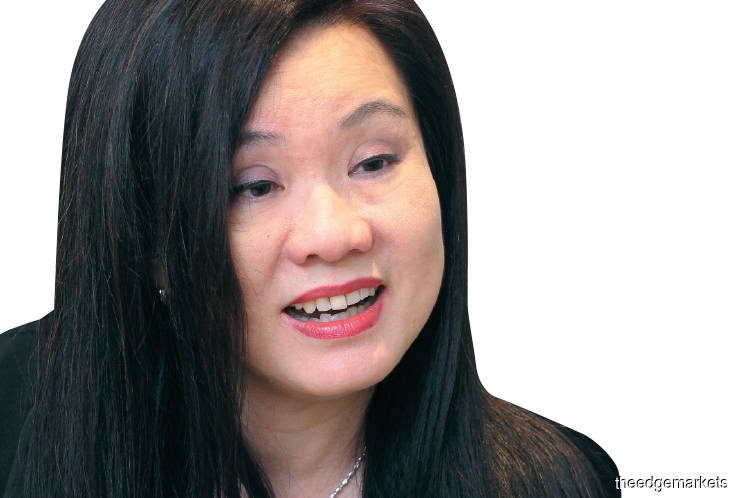 The limited number of scholarships and high interest rates on personal and private education loans have resulted in a serious challenge for many parents looking to fund their children’s escalating education costs. Even those who have a dedicated savings account for their children’s education would find the funds insufficient, especially if they choose to have their children educated abroad, says Thoo Mee Ling, head of secured lending at OCBC Bank.

According to an article in Times Higher Education, international students in the UK paid between £10,000 (RM52,423) and £35,000 for lecture-based undergraduate degrees last year while undergraduate medical degrees could cost up to £38,000.

According to Thoo, even in Australia — the second most popular higher education destination for Malaysians after the UK — tuition fees are increasing. “A bachelor’s degree typically costs between A$15,000 (RM44,624) and A$33,000 while a master’s degree ranges from A$20,000 to A$37,000, according to Study in Australia,” she tells Personal Wealth.

“Over the next decade, the cost of studying in Australia is expected to jump 23% due to the increase in course fees and cost of living. In the US, the cost of tertiary education has risen 26% in the last 10 years.”

Due to the rising costs, many parents feel compelled to use their Employees Provident Fund (EPF) savings to fund their children’s education or even forgo the option of having their children study abroad.

“EPF’s statistics indicate that since the launch of E-Pengeluaran, withdrawals for education purposes rose from RM578 million in 2015 to RM1.7 billion in 2017. The trend not only reveals that it is easier to withdraw EPF savings for certain purposes but also the fact that the cost of education has escalated so much that people are resorting to their EPF savings. We discourage the withdrawal of EPF money as it should be for your retirement,” she says.

According to EPF, its members are allowed to use their savings in Account 2 to fund their own or their children’s education at a local or foreign institute of higher learning.

The trend is one of the reasons behind the introduction of the OCBC Education Loan — the third iteration of the bank’s lending product for higher education purposes — which was launched in June. Borrowers can obtain a loan of up to RM250,000 at an effective interest rate of 6.14% to 10.75% per annum. There are no penalty charges for early settlement and no processing or legal fees.

This loan is for courses at select educational institutions in Malaysia and abroad. The loan tenure is up to 10 years while extended interest payments can be made up to five years.

“Our Education Loan is available to those pursuing studies at any of the top 50 universities in the UK, the US, Australia, Singapore and Malaysia that have been approved by the Ministry of Education and Malaysian Qualifications Register,” says Thoo.

Lim Wyson, head of consumer financial services at OCBC, said in a press release that the loan allows borrowers to supplement the amount offered through the government-backed PTPTN loan scheme and minimise the use of their EPF savings. “The introduction of the loan meets the growing demand for enhanced bespoke loans for tertiary education. It fills a gaping void, considering the ever-growing group of students out there who are in need of more funds for overseas education and postgraduate studies. This includes full-time and part-time students who may need to fund a shortfall in their respective PTPTN loans,” he added.

“In 2011, we were the first commercial bank to bring back study loans to the market since they were discontinued in 2003. And in 2015, we introduced the country’s first study loan featuring fixed deposit as collateral [dubbed the Earn and Learn loan], which is a testament to our long-standing commitment to making study loans available to those in need.”

The Earn and Learn product is still available. But Thoo says that after reviewing the feedback from clients, educational institutions, parents and students, she realised that an education loan devoid of a fixed deposit pledge would be desirable. This became the basis for the latest iteration.

Thoo says there is a demand for tailor-made education loans from parents who want to send their children overseas but cannot obtain a loan from PTPTN as it does not provide financing for overseas education. Hence, one of the target segments of the OCBC Education Loan are those intending to take up private education overseas.

Thoo, who was one of the brains behind the bank’s education loans, made herself a case study as she had to bear the cost of her two daughters’ tertiary education. She points out that 95% of the applicants who received approval for loans were parents.

“When one of my daughters finished her pre-university programme, she suddenly dropped a bombshell saying that she wanted to do dentistry. I was not prepared for that,” says Thoo.

“After talking to friends about this, we realised that parents sometimes do not plan far enough ahead. So, when the time comes, there is suddenly a huge investment that comes all at once — unlike housing loans, for which there are progressive disbursements that you can stretch to about 30 years.

“She also opted for a twinning programme, which back then cost RM900,000, including the fees incurred in Australia. So, the RM200,000 from PTPTN plus the Earn and Learn loan was not sufficient. But it was enough to tide me over as the fees were paid yearly instead of in one lump sum.”

After getting feedback at university open days and similar events, Thoo found that many parents prefer loans that are not tied to any collateral and would rather go for unsecured options. This resulted in the slightly higher effective interest rates of the OCBC Education Loan, which starts from 6.14%. This compares with the Earn and Learn loan, which starts from less than 4%.

“With no collateral tied to the loan, our mitigation factor would be our assessment of the parents’ payment capability as it would not be responsible for us to lend them a big amount if they cannot pay us back. So, we check their Central Credit Reference Information System (CCRIS) records as well as their debt service ratio.

The loan is entirely for education purposes and is disbursed directly to the university or college, not the borrower’s account. Thoo says the idea is to use the loan strictly for fees and the other funds for living expenses. “The loan can help cover twinning programmes because part of the course is done locally and can be funded by PTPTN while the remaining portion can be funded by the Education Loan,” she adds.

Borrowers must be Malaysian residents aged 21 to 60, with a minimum monthly income of RM7,500.