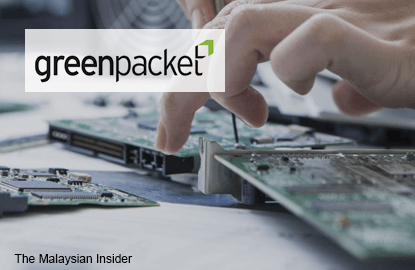 KUALA LUMPUR (Aug 28): Green Packet Bhd said today that the high-speed Internet specialist made a net loss of RM24.38 million in the three months ended June 30, 2015, instead of a net profit as previously reported.

Green Packet (fundamental: 1.1; valuation: 0.3) said this in an amended announcement to Bursa Malaysia. There are no comparative figures from a year earlier, as the company changed its financial year end from June 30 to Dec 31.

Yesterday (Aug 27), Green Packet told the exchange that it registered a net profit of RM24.38 million. Today, a Green Packet spokesperson told theedgemarkets.com that it was an “internal error” made by the firm.