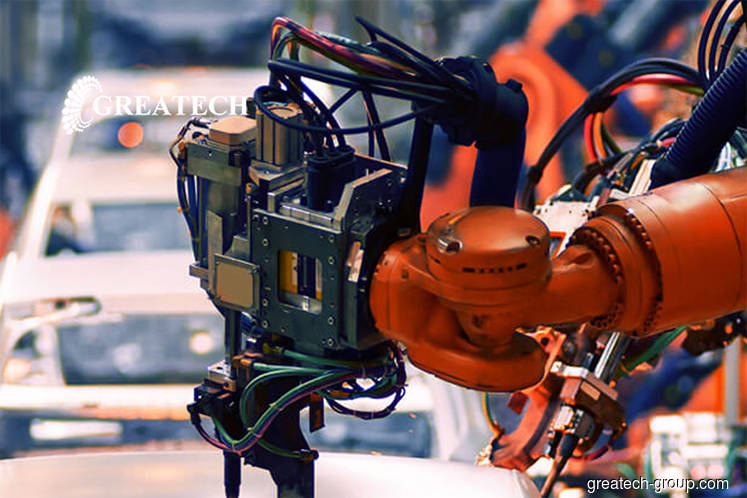 KUALA LUMPUR (June 14): ACE Market newcomer Greatech Technology Bhd rose as much as 13.51% today as it continued to be actively traded on its second day of listing on Bursa Malaysia. It is the most actively traded stock after the morning bell today.

Yesterday, Greatech made a firm debut on the ACE Market with a 2.5 sen premium over its initial public offering (IPO) price of 61 sen a share.

The stock subsequently climbed to an intraday high of 78 sen in the afternoon session, before paring gains to settle at 74 sen. This translates into a 13 sen or 21.3% first-day gain, making the counter the 10th-largest gainer among all Bursa Securities yesterday.

The stock was also yesterday's most actively traded counter, with 192.72 million shares done, equivalent to 30.8% of the group's outstanding shares.

The company raised RM73.05 million from its IPO, whereby RM18 million would be used for business expansion, development and marketing activities, RM5 million for capital and research and development expenditure, and RM36.55 million for working capital.

The remaining RM8.5 million would be used for repayment of bank borrowings and defrayment of IPO expenses.