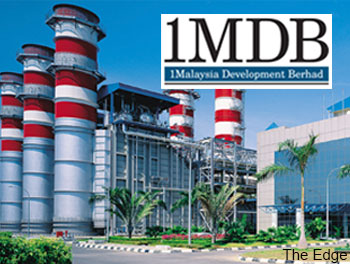 KUALA LUMPUR: The government has confirmed a report by The Edge Financial Daily published on Sept 2, 2014, that 1Malaysia Development Bhd (1MDB) has been awarded a contract to build a 2,000 MW combined cycle gas power plant in Melaka.

The report, quoting industry sources, had stated that the contract to 1MDB- its third for 2014 - will give a boost to the upcoming listing of its power assets.

This afternoon, DAP lawmaker Tony Pua, who is also MP for Petaling Jaya Utara, told reporters at Parliament that the Energy, Green Technology and Water Minister Datuk Seri Dr Maximus Ongkili, via a written reply to Pua last Thursday, had admitted to awarding the power plant to the sovereign fund via direct negotiations.

Pua had earlier asked the ministry if the award for the plant that is only scheduled for commissioning in 2021 had already been awarded to 1MDB, and if the project is vital for 1MDB's listing exercise.