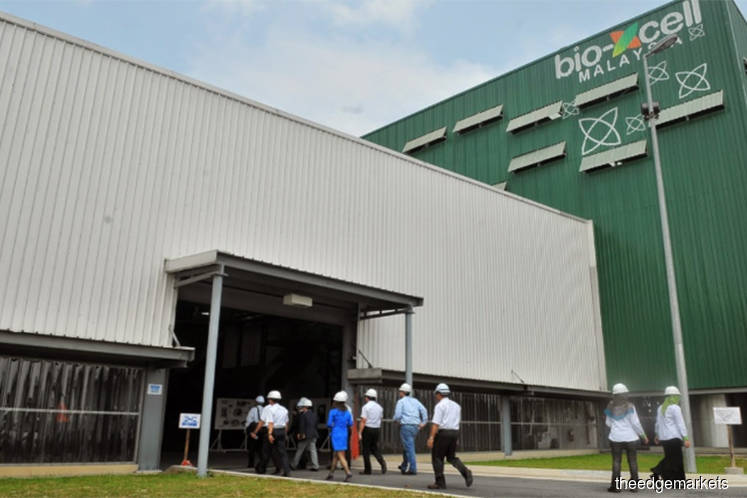 Malaysian Bio-XCell Sdn Bhd (Bio-XCell), a 60:40 joint venture between the government’s Biotechcorp Investment Holdings Sdn Bhd and property developer UEM Sunrise Bhd, has gone into receivership. As a result,  over 80 acres of land within the Southern Industrial and Logistics Clusters (SiLC) in Iskandar Puteri, Johor, have been put up for sale to recover sums owed.

Industry experts estimate the value of the land to be RM140 million to RM160 million.

A “Sale by Receiver” advertisement in The Edge last week invited offers for freehold parcels of various sizes within SiLC. The closing date for submissions is June 7.

SiLC is a 1,300-acre industrial park planned by UEM Sunrise, a 66.06%-owned subsidiary of Khazanah Nasional Bhd, which holds the stake via UEM Group Bhd. Bio-XCell was set up in 2009 with the objective of developing 160 acres within SiLC as a biotechnology park.

UEM Sunrise, in an email response to The Edge, confirmed that the advertisement referred to Bio-XCell and that the company went into receivership on March 12. It said the receiver was appointed by Maybank Islamic Bhd.

Datuk Adam Primus Varghese Abdullah of Adamprimus has been appointed by the bank as the receiver and manager of Bio-XCell under the powers contained in a debenture.

UEM Sunrise says it has made the necessary impairment losses in relation to Bio-XCell. “The group has assessed the carrying value of its 40% equity interest in Bio-XCell and has provided impairment losses of RM10.2 million for the financial year ended Dec 31, 2018. The group does not provide any guarantee to the loan entered into by Bio-XCell and any further impairment will not have any cash implication to the group,” it adds.

Explaining the circumstances that led to the company going into receivership, UEM Sunrise says that in 2014, Bio-XCell entered into a build, lease and transfer (BLT) agreement for a bio-based chemical manufacturing plant — on a 10-year lease and transfer model — with US-based Verdezyne Inc to manufacture pure dodecanedioic acid, or DDDA, from palm oil.

“The construction of the plant commenced in February 2017 and was funded, among others, by Maybank Islamic. (Subsequently) Verdezyne went into liquidation as its shareholders decided to cease further investment. The inability of Verdezyne to continue the BLT agreement, in turn, resulted in BioXCell (being) unable to meet its financial obligation to Maybank Islamic,” it adds.

Bio-XCell has been loss-making since its incorporation 10 years ago. A search on the Companies Commission of Malaysia website shows that in FY2017, its accumulated losses were RM207.36 million.

As for its 60% partner, Biotechcorp Investment Holdings, it is wholly-owned by Malaysian Bioeconomy Development Corp Sdn Bhd, formerly known as Malaysian Biotechnology Corp Sdn Bhd, which in turn is majority owned by Minister of Finance Inc, with one share held by the Federal Lands Commissioner.

In FY2017, Malaysian Bioeconomy had accumulated losses of RM142 million in FY2017 and total liabilities of RM617.53 million, of which RM178.91 million were current.

Meanwhile, the information memorandum (IM) issued on Bio-XCell’s assets offered for sale, obtained by The Edge, reveals that Adamprimus has placed 80.55 acres of land within the 160 acres allocated for the biotechnology park up for sale.

Interested parties have  been given four options to purchase this parcel including purchasing the land in its entirety, just the vacant portion, or just the equipment and machinery located and installed at the site.

As for the 30.86-acre parcel, 40% has been developed with buildings and structures while 60% is vacant and ready for development.

A valuer contacted by The Edge estimates the value of the 80.55 acres at RM40 to RM45 psf, which would work out to a price of RM140 million to RM160 million.