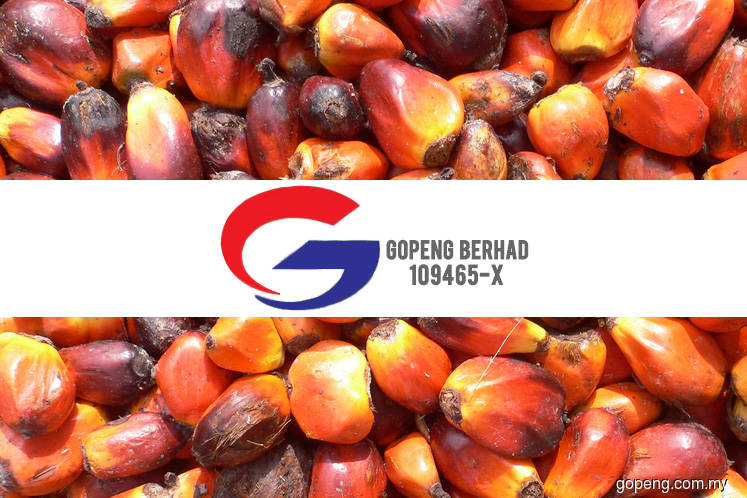 KUALA LUMPUR (Feb 21): Gopeng Bhd has proposed to undertake a one-for-two bonus issue to reward its shareholders and increase its capital base to reflect its current scale of operations and assets employed.

The exercise entails the issuance of up to 89.66 million new shares to be credited as fully paid-up on an entitlement date to be determined later.

In a filing with Bursa Malaysia, Gopeng said based on the existing issued share capital of RM89.66 million comprising 179.32 million shares as at Feb 12, a total of 89.66 million bonus shares may be issued.

The oil palm group expects to complete the exercise by the second quarter of this year.

Separately, Gopeng announced its net profit jumped 62.6% to RM1.23 million for its fourth quarter ended Dec 31, 2017 (4QFY17), from RM759,000 a year ago, on a lower cost of sales arising from the adjustment of allocation of provision for manuring cost.

Quarterly revenue grew 11.22% to RM3.91 million against RM3.51 million in 4QFY16, due to higher production of fresh fruit bunches.

Going forward, Gopeng, which is also involved in property development and investment in short-term instruments, said the group's performance is dependent on palm oil prices and production.

The group’s shares, which were hardly traded, last changed hands at RM1.30, giving it a market capitalisation of RM233.13 million. Over the past 12 months, the counter has gained nearly 10%.