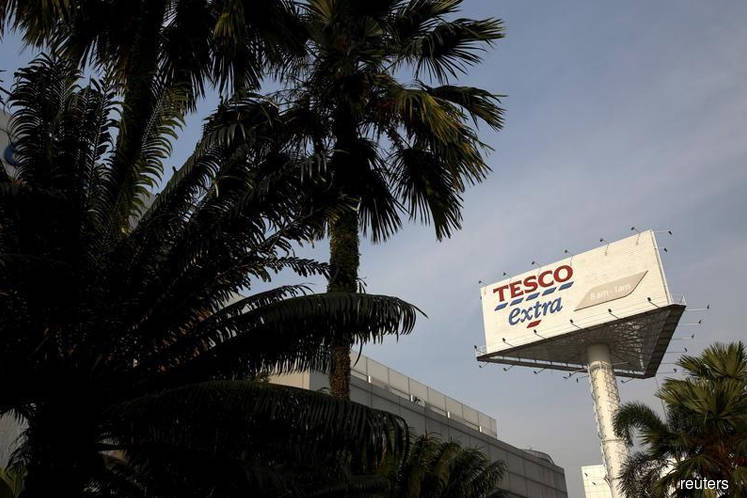 HONG KONG (Jan 15): A smooth sale of a Tesco unit will signal it’s mostly back to business as usual for Goldman Sachs. The U.S. bank is advising the British grocer on a potential $9 billion exit from Southeast Asia. Up to one fifth of the operations by value sit in Malaysia. That means the Wall Street bank led by David Solomon may earn fees from the sale of assets in a country where Goldman is still tangling with authorities for its role in the multi-billion-dollar 1MDB sovereign fund scandal.

The bank is serving a long-standing client: Goldman has worked for Tesco on corporate bond issues, asset-backed securities and more over the decades. It advised on the company’s 2003 acquisition, and subsequent exit, from Japan. Most of the assets now under review by the 25 billion-pound chain are headquartered in Bangkok and the rest in Kuala Lumpur.

The mandate, though, is significant for a bank that has been tied up in controversy for fees pocketed on three 1MDB bond issues totalling $6.5 billion in 2012 and 2013. The Goldman banker who led those deals, Tim Leissner, went on leave in early 2016, and eventually pleaded guilty to money laundering charges. Dealogic has no record of Goldman earning investment banking fees in Malaysia between 2017 and 2019. That’s a long stretch, even in a small market where business is lumpy.

Goldman is advising on the sale from London and will most likely be paid by a UK-based company. That kind of a remote setup is not uncommon for global dealmakers. Still, local authorities seeking a settlement over 1MDB may be irritated by the thought of the bank earning fees from the sale of Malaysian assets.

Prime Minister Mahathir Mohamad in December said that compensation of “one point something billion” dollars offered by the bank was too small. Meanwhile, criminal charges filed earlier by Malaysia against 17 current and former directors of the bank remain outstanding. Goldman senior executives have publicly said that the bank wants to put the issue behind it.

Goldman will be keen to demonstrate that it is ready and able to serve all the needs of its multinational clients, and the Tesco deal would test the reach of Malaysian authorities. Supermarkets might become an unwelcome reminder to politicians that capital is global.