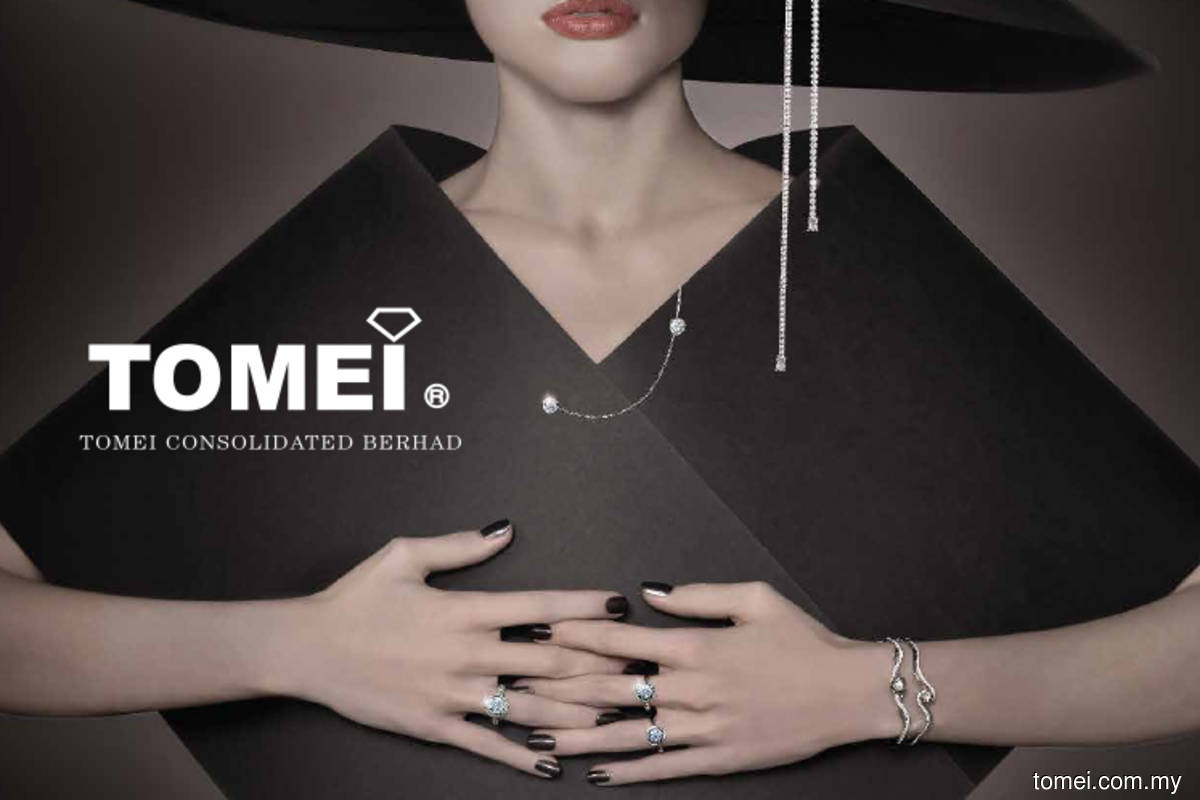 KUALA LUMPUR (Aug 24): Despite physical store closures during the Movement Control Order (MCO) period, Tomei Consolidated Bhd’s second quarter net profit shot up by 69.6% from a year earlier, thanks to the rise in gold price.

The group reported a net profit of RM1.89 million for the quarter ended June 30, 2020 from RM1.12 million previously.

Earnings per share rose to 1.36 sen from 0.8 sen, mainly from the wholesale segment, as the retail segment turned to loss.

Thanks to the better gross profit margin as a result of higher gold price, the bottom line growth came despite revenue falling 43.82% to RM76.13 million, from RM135.51 million.

“Due to the implementation of the MCO by the government, our business operation with the exception of online e-commerce, was totally shut down from March 18 to May 3,” Tomei said.

Gold price has been climbing from US$1,500 per ounce at the start of the year to US$1,781 at end-June, and has since climbed further to breach the US$2,000-mark this month, before paring gains.

However, Tomei said it remains cautious on the prospects ahead.

“The prospect of another lockdown could have a very disparaging impact on the retail industry,” it said. “The group will continue to monitor the situation and manage its operation.”