Give Ahmad Bashah 100 days to prove himself, urges Zahid 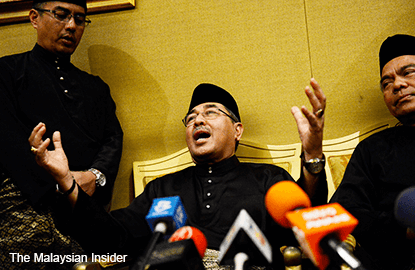 The deputy prime minister said today Kedah might even see extra money pouring in from the federal government because Ahmad Bashah was close with Putrajaya.

“Because of his good ties with the federal government, perhaps extra allocations that were not budgeted for can be given (to Kedah).

“Maybe, I can also ask the prime minister to help develop Kedah,” Zahid was quoted by the English-language daily as saying during his Beijing visit.

Zahid added that Malaysians should not judge Ahmad Bashah based on his academic qualifications.

“His other positive attributes have to be taken into consideration as well,” Zahid was quoted as saying in the report.

“Ahmad Bashah has served as a state executive councillor and a deputy minister, so he has experience at both state and federal levels.

“Don’t forget that he was already in politics for more than 35 years.”

The political tussle in Kedah ended when Ahmad Bashah was appointed as menteri besar, replacing Datuk Seri Mukhriz Mahathir, who quit yesterday after losing the majority support of the state assembly.

Ahmad Bashah took his oath as the 12th Kedah menteri besar at Istana Anak Bukit in Alor Star this morning.