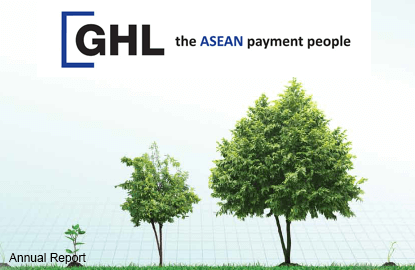 Prior to the MGO announcement, GHL saw a rally in its share price that began since December last year, and gained as much as 53% to touch a 22-month high of RM1.24 on March 23, compared with its closing of 81 sen on Dec 1.

The MGO was triggered after Actis' acquisition of a 28.3% stake from Cycas — a unit of private equity firm Creador — marking the fund's exit from GHL, and another 16.1% stake from GHL executive vice chairman Simon Loh, leaving Loh with a 19.1% stake in the company.

In the event Actis ends up with 75% or more of GHL's shares, Actis does not intend to maintain the listing status of GHL.

In a statement, Loh said the entry of Actis as a shareholder was in line with GHL's push towards becoming a leading payment service provider in ASEAN, based on Actis' impressive track record in the payments sector.

"Together, we are fully aligned in our ambition to become the leading end-to-end payment service provider in ASEAN by deploying world-class payment infrastructure, technology and to further expand our growing footprint into new ASEAN markets," he said.

Actis has a growing portfolio of investments across Asia, Africa and Latin America and has raised over US$12 billion since inception.