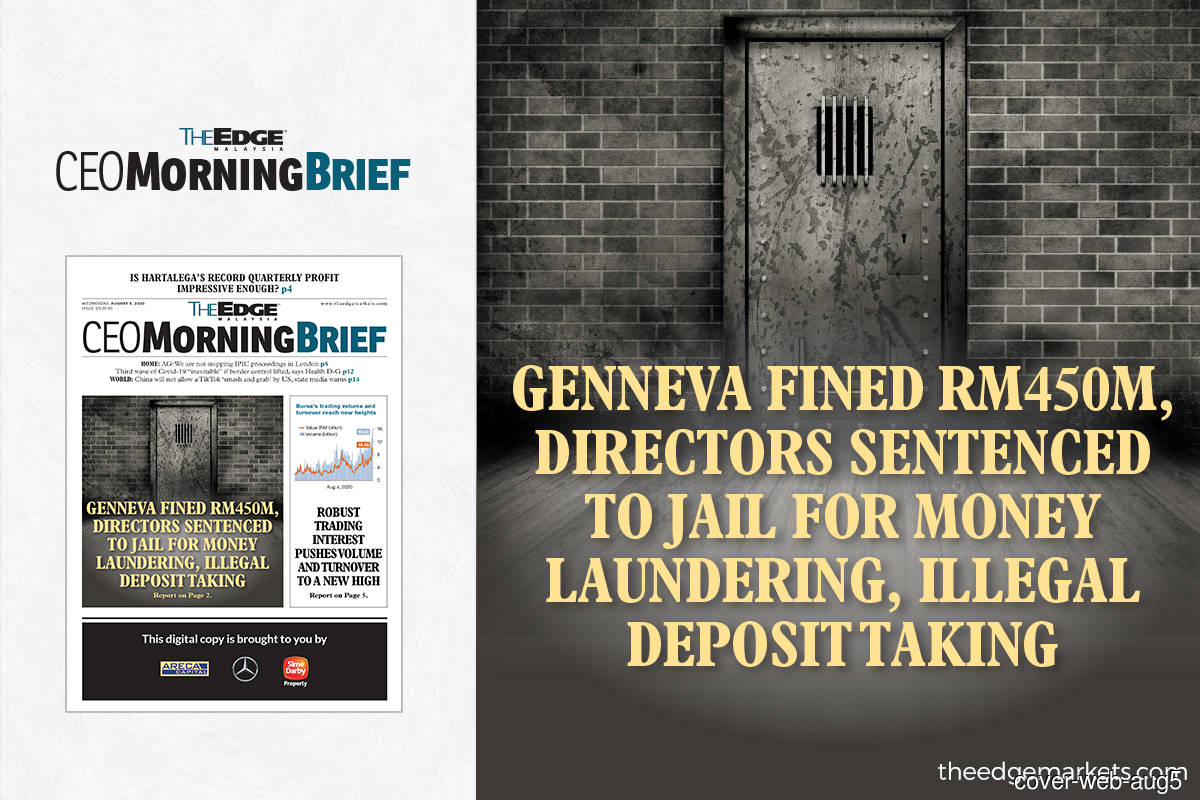 All in all, eight individuals, who are either former directors or advisers of Genneva Malaysia, Success Aptitude and Ng Advantage, were today sentenced to between four and nine years' jail in addition to being fined between RM1 million and RM4 million each.

The three companies and eight individuals, who were charged in 2013, were found to have illegally collected some RM7 billion in deposits and laundered RM4.5 billion.

Ahmad Shahrir allowed them to pay bail tomorrow pending appeal to the Court of Appeal.