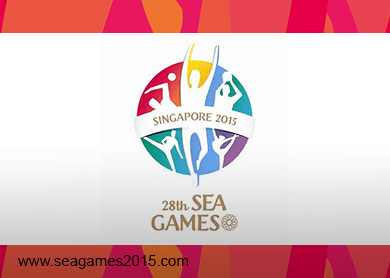 SINGAPORE (June 2): The host-nation claimed the first two gold medals at the Southeast Asian Games in Singapore on Tuesday, winning both the men's and women's doubles in table tennis.

Zhou Yihan and Lin Ye paired up to win the first gold medal in the region's biggest multi-sports event, before Gao Ning and Li Hu made it a double celebration for the Lion City by taking the men's final.

With more than 400 gold medals at stake during the packed schedule over the next fortnight, organisers opted to award a handful of medals before Friday's opening ceremony.

The choice of table tennis for the very first medals was a popular one in Singapore -- which has invested heavily in the SEA Games as part of its 50th anniversary of independence -- because the city-state is the regional powerhouse in the sport.

Singapore were assured of winning the women's gold medal when both their pairings advanced to the final but the result was still surprising.

Zhou and Lin are two of the country's best young paddlers but were not expected to beat their more experienced team mates, Feng Tianwei, a three-time Olympic medallist, and her partner Yu Mengyu.

"We feel very honoured to be able to clinch the first gold medal for Singapore and we are very excited," Lin told reporters.

The men's final was a far more lopsided match but the outcome remained the same for Singapore.

Gao, a three-time winner of the singles title, and Li overwhelmed their Thai opponents, Padasak Tanviriyavechakul and Chanakarn Udomsilp 11-8, 11-8, 12-10 11-4 victory.

There are a total of seven gold medals on offer in table tennis and Singapore is aiming to sweep the lot.