The future of sustainability certification 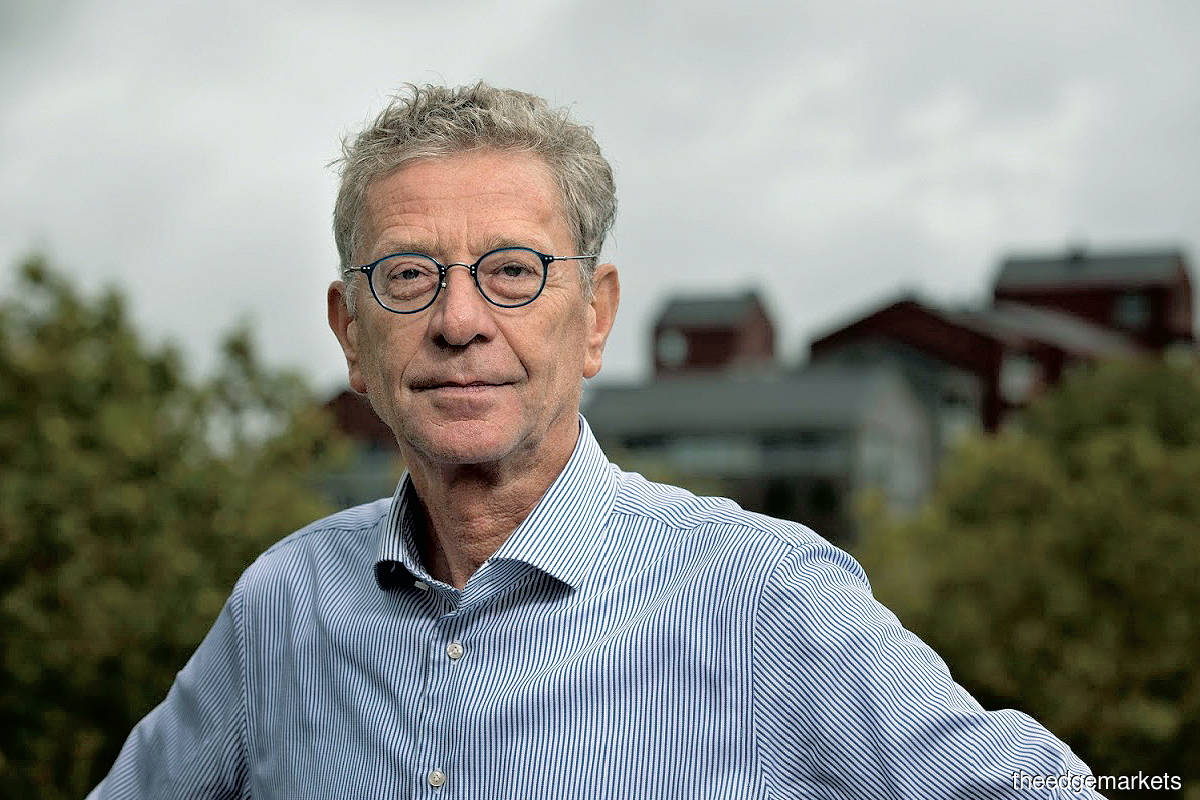 Local ownership and engagement with India and China are important in successful sector transformation, says Roozen

THE release early this month of Greenpeace’s report Certified: Destruction, which was critical of the certification systems for forest and ecosystem risk commodities, has shifted the focus to the role of certification on the sustainability agenda.

The report had sought to “assess the effectiveness of (mainly voluntary) certification for land-based commodities as an instrument to address global deforestation, forest degradation and other ecosystem conversion and associated human rights abuses (including violations of indigenous rights and labour rights)”.

Greenpeace concluded that while some certification schemes have strong standards, implementation was weak, having failed to address deforestation and ecosystem destruction, and resulted in the “greenwashing” of products.

“The weaknesses and flaws identified in the certification schemes assessed in the report make it clear that certification should not be relied on to deliver change in the commodity sector. At best, it has a limited role to play as a supplement to more comprehensive and binding measures,” it said.

Is Greenpeace throwing the baby out with the bathwater?

“Their aim is to prevent the European Union from accepting (for its own regulation) the RSPO as the system for fulfilling the criteria for sustainable production. Their way of thinking is that the EU will have to set up its own sustainability standard for palm oil, which is very ambitious and most probably not realistic at all for the short term,” says Nico Roozen, honorary president of Solidaridad Network. He is referring to the report’s assertion that certification schemes must not be accepted as a way to demonstrate compliance with legal requirements relating to protecting forests. “The main conclusion of the Greenpeace report is that commodity-related sustainability certification schemes are not a solution to deforestation and forest degradation. Of course, “certification does not equal the definition of deforestation-free” (a quote in the report). It is not meant to be, as the certification schemes are intended to deliver holistically positive outcomes for people, planet and prosperity,” says Teoh Cheng Hai, senior adviser at Solidaridad Network Asia and founding secretary-general of the RSPO, adding that voluntary sustainability standards such as the RSPO’s Principles & Criteria and national standards can contribute significantly towards the attainment of the UN Sustainable Development Goals, which include the preservation of forests and biodiversity and climate action.

Global civil society organisation Solidaridad Network subscribes to the view that certification alone is insufficient to achieve sustainability goals. In a 2017 article, Roozen noted that many farmers and companies were already moving beyond certification towards more ambitious post-certification approaches as the concept turned to be an expensive affair with low premiums that often did not reach farmers.

He explains that the sector-wide engagement process of certification — often called roundtables — is but one layer in the “pyramid of change” towards sustainability (see diagram).

The pyramid is a visual representation of the history of the certification process, which started in the 1980s with consumers driving the demand for certification for organic products, followed by the fair trade system — initiated by Roozen — to improve the terms of trade for farmers in developing countries. Both concepts were successful in terms of raising awareness, but the market segments for fair trade and organic are limited at just 3% to 5%.

“From the perspective of transformative change in the sector, they didn’t make a difference ... I think the main obstacle is, of course, the higher price for the consumer,” says Roozen.

Next came the CSR or corporate social responsibility concept, driven by companies instead of consumers. Companies rebranded their products by adding a sustainable, social and ecological dimension to their marketing and sourcing. Examples include Rainforest Alliance and UTZ, which merged in 2017.

The third layer in the pyramid is the voluntary roundtable process involving sector-wide engagement, which saw the emergence of various roundtables for palm oil, soy, beef and other commodities.

“The characteristic of a roundtable process is that the sector as a whole is engaged with a sustainability agenda and creates a platform for creating criteria and practices for sustainable sourcing and production. This is an even higher level of commitment and goes deeper into the supply chain [with] a sector commitment expressed by the relevant players of a specific supply chain. This concept of a roundtable, of stakeholder engagement, offers the opportunity to create scale because the big companies are on the table and are trying to improve and create better practices for the supply chain — not for a specific segment of the product but for the entire sector,” Roozen explains.

At the bottom of the pyramid is the development of national standards (such as the MSPO and ISPO), which gets Roozen most excited as it involves the commitment to sustainability from producer countries and producers.

“What started small scale with consumer preferences could expand its impact through the CSR and roundtable processes. My understanding is that the real change-maker that leads to transformative change is the national standard. Decisive for upscaling sustainability is local ownership and the commitment of local governments to transform the sector to move to more sustainable production, addressing domestic issues and challenges,” he explains.

However, national standards are often seen as lower than Western standards.

To this, Roozen puts forward Solidaridad’s twofold strategy of “raising the bar, raising the floor”, which is a smart mix of intervention. To illustrate, raising the bar here refers to extending support to smallholders to be included in the RSPO, while raising the floor refers to having the European Commission recognise the importance of national standards such as the ISPO and MSPO.

“One commitment for now is to switch from one-sided focus on the RSPO and give more value and importance to national standards, starting from these keywords. It starts with the recognition that, at the end, national governments have the authority, capacity and responsibility to address issues in their own sector. This is not a foreign agenda but a domestic one. It starts with the acknowledgment of the relevance of the national standards,” he adds.

Furthermore, Europe’s imports of palm oil represent only 6% of global production and consumption, making it highly unlikely for this market to effect sector-wide transformation.

“The differentiator for successful transformation will be local ownership and engagement of the main — the most important — consumer countries. In the case of palm oil, they are India and China,” says Roozen, stressing that it is crucial to move from a Western-dominated agenda to local ownership and commitment, supported by demand for sustainable products in the global market.

India and China are the world’s leading buyers of palm oil.

“If you don’t get a commitment from India and China to a sustainability agenda for palm oil production, then it’s a lost cause. That’s the way of thinking,” says Roozen.

The good news is, China and India are looking at the sustainability agenda.

India is the first country to recognise the MSPO as equivalent to sustainable, says Shatadru Chattopadhayay, managing director of Solidaridad Asia. The country also set up the Indian Palm Oil Sustainability framework to create social, economic, environmental and agronomic guidelines for palm oil production and trade.

Similarly, interest in and awareness of sustainable palm oil is growing in China, not just because it buys a lot of the commodity but because of its investments in oil palm planting in Africa, says Teoh.

Apart from having national standards, there is also a need to rethink the earnings model of farmers as the way forward in upscaling sustainable agribusiness, says Roozen. “What changes the world, if you look at the history of addressing social issues, is creating a business case for farmers that enables them to produce in a sustainable way and earn a living.”

For example, the main driver of child and forced labour is the farmer’s inability to afford higher cost of labour. “If you change the earnings model, he can have better return and income, he can have mechanisation and replace child labour with machinery and technology,” he adds.

In changing the perception of palm oil, Roozen says producers and naysayers must define a common agenda, starting with two statements. First, the contribution of the palm oil sector in eliminating poverty. And second, the commodity’s relevance as an affordable cooking oil for the poorest segments of consumers, owing to its high levels of productivity.

“Greenpeace has never made those statements ... On those two basic elements, you can define a common agenda. Otherwise, you will always have discussions that are fruitless and will not connect people to address a common agenda,” he says.

Greenpeace: We are not saying dump certification altogether

In its report titled Certified: Destruction, Greenpeace denies accusations that it is targeting palm oil and Indonesia, given the frequency with which both have been mentioned in the report relative to other commodities and producing countries.

“Ultimately, the aim is to inform decision-making by governments and companies on what role certification can play as a tool for cleaning up supply chains, what reforms are required, and what other measures are needed to address the wider biodiversity and climate crises,” says Greenpeace Forests Campaign Global Solutions senior adviser Grant Rosoman.

He maintains the findings in the report that certification is a weak tool to address global forest and ecosystem destruction, and should be used only as a supplement to more comprehensive and binding measures. Neither should it carry legal force as proof of compliance with those measures nor absolve the certificate holder of liability for non-compliance.

In response to criticism that the report does not offer solutions, Greenpeace says minimum requirements for fundamental reform of certification schemes are described in the report.

“The report does provide Greenpeace’s vision on the way forward and what is needed to clean up supply chains. At its core, we believe that protecting the boundaries of the planet and protecting essential human rights is a core task of our governments. Thus, governments need to step up and protect us from these serious harms. This requires the development of comprehensive and binding measures,” says Rosoman.

In the case of Indonesia, apart from the recommendations made in the report, other measures are urgently needed, including strong environmental legislation and stopping the rollback of existing legislation.

“If the government of Indonesia only continues to rely on certification, it means consumer countries should put even more pressure through bilateral relations on the need for strong environmental legislation. And consumer countries should take immediate responsibility for the major role they play in deforestation in Indonesia, because of the huge demand for palm oil ... [and not only put] in place strong legislation that prevents palm oil [involved in deforestation and human rights abuses] from being sold, but also looking at the demand, for example, for biofuels,” Rosoman says.

“We are not saying to dump certification altogether, nor that legislation is the silver bullet. What is needed is a comprehensive set of binding and non-binding measures, of which legislation in producer and consumer countries is just part of the puzzle.”