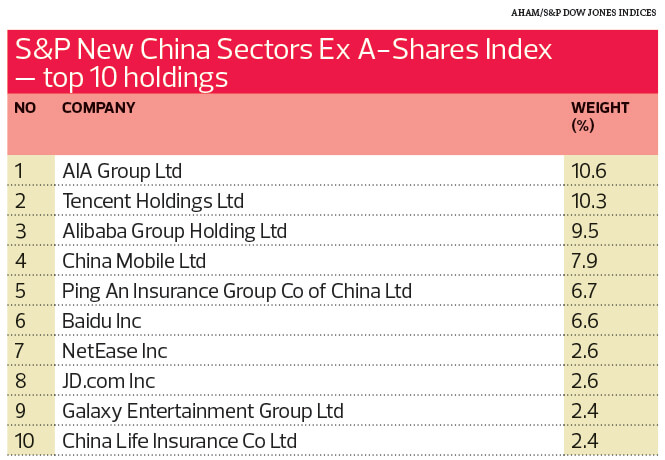 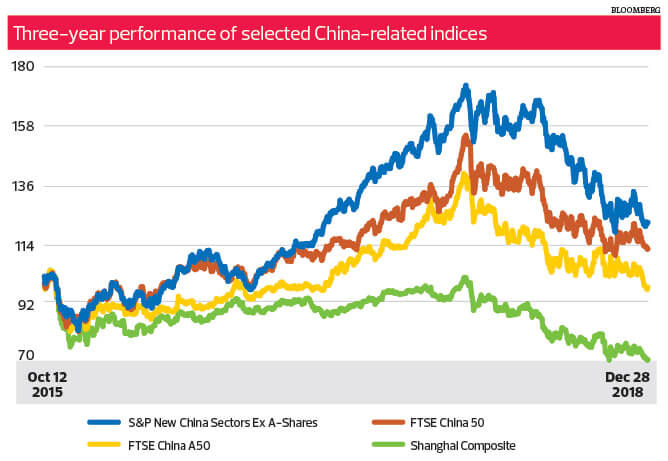 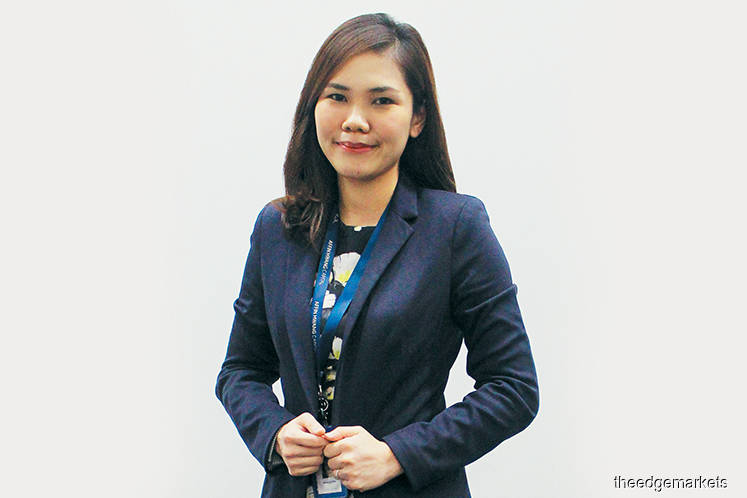 There are investing opportunities to be found as China transitions into its new economy despite the geopolitical and economic challenges that are currently plaguing the markets, according to Affin Hwang Asset Management Bhd (AHAM) managing director Teng Chee Wai.

This optimism stems from the reforms taken by the Chinese government to move away from an industrial-focused economy to a consumption and services-based one, which is boosted by the presence of internet players such as Alibaba Group Holding Ltd, Tencent Holdings Ltd and Baidu Inc.

“We believe there are ample opportunities in the Asian economic giant as the reforms take root. China’s economic transition has led to the emergence of a new set of opportunities via the consumption and services-led sectors as the country moves away from high-speed growth and focuses more on quality growth. Positive demographic and consumption trends are also supportive of this view,” says Teng.

The Chinese government is expected to undergo some monetary policy easing to cushion a slower-growth environment. Valuations are also at historical lows, which could offer attractive investment opportunities, even though there is moderating earnings growth.

“We have seen some softness in recent Chinese data, which shows that its manufacturing sector is experiencing a slowdown as a result of the trade conflict. The stimulus measures announced by Beijing to prop up growth and cushion the impact from its ongoing trade spat with the US have provided a reprieve for markets and inject liquidity,” says Teng.

“Closer monitoring would be needed to see whether such stimulus has started to trickle down to growth and GDP, possibly sometime in 2Q2019 due to lag effects. Still, with a larger pain threshold and a more resilient economy today, we do not see China reverting to its more aggressive stimulus measures to drive growth, like its credit-fuelled binge in the past.

“Over the long term, as China presses on with reforms, we see positive structural trends that bode well for the country. Its consumption and services-led sectors now contribute more than 60% to GDP and growth is expected to increase exponentially with rising income levels and rapid urbanisation. As China continues to harness these strengths, we see opportunities emerging from the consumption and services-led sectors, which are riding these positive trends.”

To take advantage of these opportunities, AHAM will be listing its TradePlus S&P New China Sector exchange-traded fund (ETF) on Jan 28. The ETF will track the S&P New China Sectors Ex A-Shares Index, which measures the performance of China and Hong Kong-based companies in the consumption and services-oriented industries. Offshore listings of all Chinese share classes can be included in the index, excluding A-shares.

The ETF will be the first to list on Bursa Malaysia in dual currencies (ringgit and US dollar), but it will not be the first to focus on China. The CIMB FTSE China 50 ETF was launched in 2010 to track the performance of the 50 largest and most liquid Chinese stocks listed and traded on the Hong Kong Stock Exchange. According to its fund fact sheet as at Dec 31, 2018, its largest holdings are financials (45.99%), telecommunications (18.89%) and energy (11.56%).

“The TradePlus S&P New China Sector ETF differentiates itself by participating in the beneficiaries of the Chinese government’s initiatives for economic transition. This ETF will be shying away from the conventional heavy banking names, which typically make up the bulk of the general indices,” says Chong Lee Choo,  AHAM’s director of the Innovation Lab and alternative investments.

Instead, the ETF will give exposure to some of the fastest-growing internet companies that investors in Malaysia may not have easy access to, she adds. “These sectors are expected to benefit from the spending patterns of Chinese consumers. For instance, we saw record-breaking figures on Single’s Day, which saw Alibaba rake in US$30.8 billion in sales within 24 hours.”

The new economy, as tracked by some indices, has already outperformed the broader Chinese market, which is heavy on financial and industrial stocks. For instance, the S&P New China Sectors Ex A-Shares Index’s three-year total returns outperformed those of the FTSE China 50 index by 9.74 percentage points and the Shanghai Stock Exchange Composite Index by 47.09 percentage points, according to Bloomberg data as at Dec 31, 2018.

“We believe that these sectors [consumption and services-oriented industries] will be the key beneficiaries of the government’s focus on transitioning away from an industrial-focused economy. Despite the economy’s marginally slower growth, shares of China’s new economy have beaten the broader market,” says Chong.

She cites the MasterCard Caixin BBD New Economy Index (NEI) as evidence of the growing importance of the new economy. The index, launched in March 2016, defines the new economy as industries that are labour and technology-intensive but asset light, experience sustainable, have rapid growth and are in strategic areas encouraged by the government.

“The NEI, which measures labour, capital and technology inputs in 10 emerging industries relative to those in all other industries, hit a new high last year. The new economy industries accounted for 31.33% of China’s overall economic input activities,” says Chong.

According to a Caixin report last December, the top contributor was the new information and technology sector, followed by financial and legal services and advanced equipment manufacturing.

The TradePlus S&P New China Sector ETF’s annual management fee and annual trustee fee are up to 1% and 0.04% of the net asset value respectively. The ETF will be listed at HK$10 per unit, with the ringgit and US dollar value dependent on the foreign exchange rate on the day of listing. Investors will be required to purchase a minimum of 100 units.

The ETF gives Malaysian investors access to Chinese stocks listed in Hong Kong, China and even the US. “It will be a cost-efficient alternative for investors to gain access to a portfolio of companies that will be beneficiaries of China’s new economy policies by trading in a single ETF, as opposed to individual stocks on the global market,” says Chong.

She adds that the company plans to keep the tracking error low through a lower fee structure than a typical unit trust fund.

Communications is one of the more influential sectors of China’s new economy. According to the S&P New China Sectors Ex A-Shares Index fact sheet as at Dec 31, 2018, the sector is the biggest constituent (34.3%) of the index.

Meanwhile, the consumer discretionary sector is the second largest constituent (28.7%) of the index. The sector has benefited from technological improvements and the popularity of e-commerce.

In 2017, China was the largest e-commerce market in the world, despite online retail sales making up only 20% of total retail sales, says Chong. Some of the companies in this sector listed on the index include Alibaba, JD.com Inc and Galaxy Entertainment Group Ltd, according to the index fact sheet.

“On the financial industry front, the ETF will largely be investing in insurance-related names. Analyst reports show that China is on track to become the world’s largest insurance market as it stands to benefit from the development of a burgeoning middle class, proliferation of major infrastructure projects and an increase in GDP,” says Chong.

The financial sector is the third largest constituent (23.4%) of the index. It comprises companies such as AIA Group Ltd, Ping An Insurance (Group) Co of China Ltd and China Life Insurance Co Ltd. The two Chinese companies are known for their innovations in digitalising insurance services and using technologies such as artificial intelligence and blockchain.

“China’s digital transition is likely to provide a boost [to this sector], with companies taking advantage of more innovative products and new distribution channels and putting in place more targeted marketing initiatives. We believe there is still strong growth potential in the industry, given that the penetration rate remains low at 4.4%, whereas the global average stands at 6.1%,” says Chong.

The launch of the TradePlus S&P New China Sector ETF comes amid many uncertainties in China that are expected to weigh on the minds of investors this year. Predictions of slowing economic growth and the US-China trade tensions are just some of the concerns impacting the outlook on Chinese equities.

“We find that the economic landscape has been changing rapidly. Coupled with the ongoing uncertainties, we believe that it has become a lot harder to answer the question of when is the best time to invest. We do not believe that investors should invest according to binary outcomes that cannot be predicted with any reasonable certainty, such as a trade deal or no-deal scenario,” says Teng.

The new industries and high-tech sectors are the way forward for China, he adds.

“We believe that if the underlying fundamentals are intact, opportunities will persist. Despite the slowing pace of growth, China remains one of the fastest growing economies globally. With its large population and rising spending patterns, the service-oriented sectors are expected to support the slowing growth trend seen coming from the industrial-oriented sectors.”

There are ongoing risks that could impact the performance of the ETF in the short term. For instance, a softer US dollar could see inflows into Asian markets while a resolution to the trade war could boost investor confidence and encourage the take-up of riskier assets.

“The People’s Bank of China’s policy response towards providing a stronger stimulus package to prop up growth domestically could also play a role in how the markets perform. However, the emergence of geopolitical risks, policies being set and leverage levels in China will be some of the key factors that will play a role in the performance of global financial markets. Something else to look out for is the pace of the US Federal Reserve’s tightening cycle,” says Teng.

The initial subscription period for the ETF has ended. It can be traded on Bursa under CHINA ETF-MYR and CHINA ETF-USD after it has been listed.