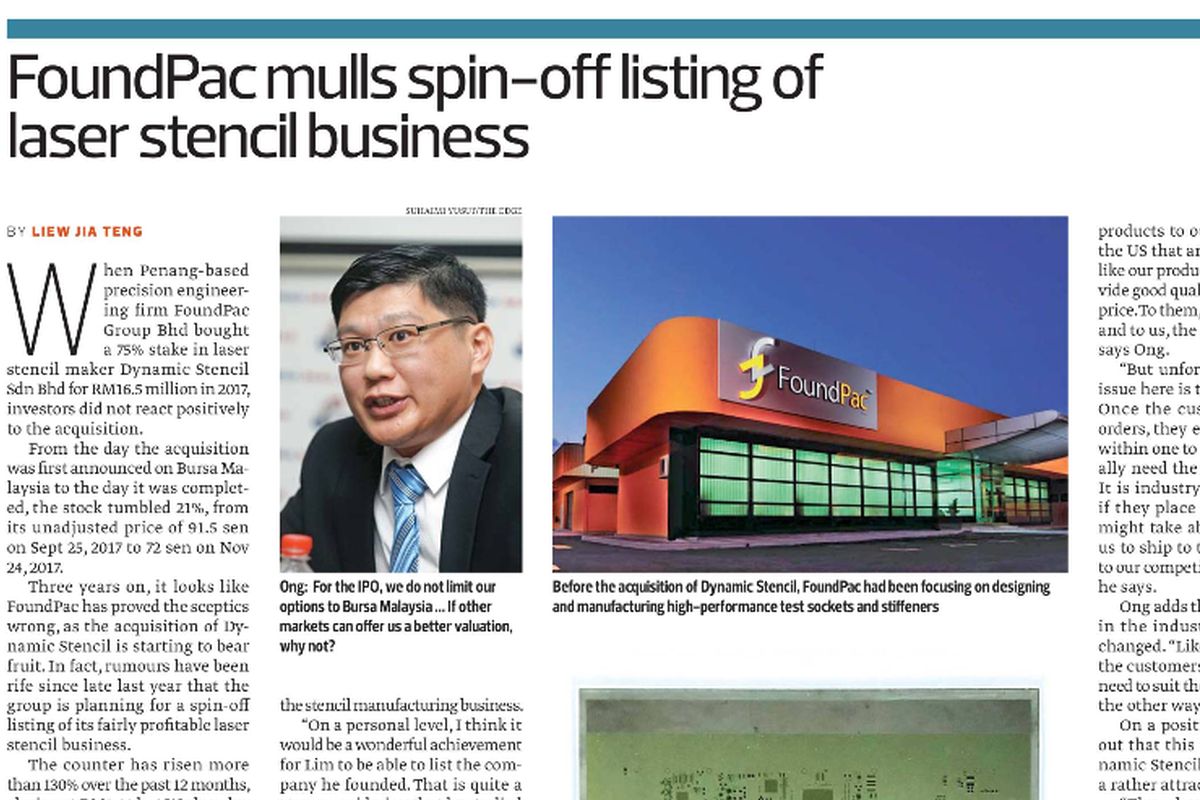 In a filing with Bursa Malaysia, the group however qualified that the IPO of Dynamic Stencil is still in its early stages, and that it is exploring all available options with no set timeframe in place.

“Though the IPO plan is likely to be on [the] ACE Market if it is to be listed in Malaysia, [FoundPac] is still exploring other available options including listing on other stock exchanges which can offer [Dynamic Stencil] a better valuation,” the group said.

The precision product company made the filing in response to an interview published in the Oct 19 issue of The Edge Malaysia weekly.

“I really can’t tell whether it will materialise this year, which is obviously a little bit too soon, or next year. But definitely, we are looking at it,” he told the weekly.