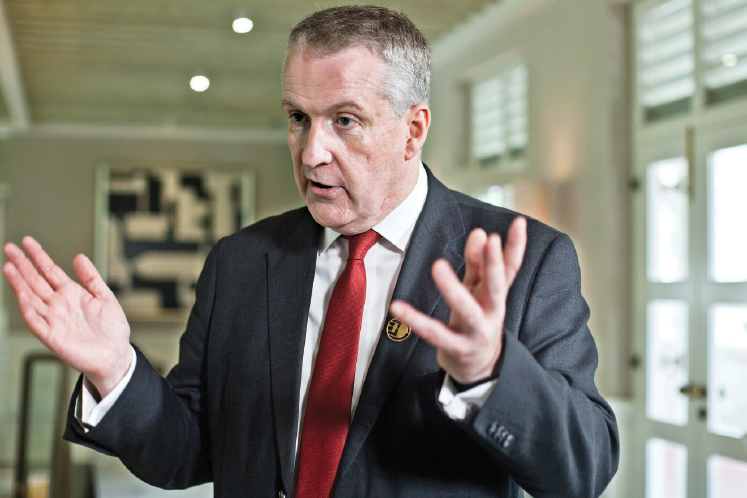 The Irish airline said it had instructed its lawyers to appeal.

Ryanair had argued during two weeks of hearings that Bellew possessed information of immense competitive value and was bound by a non-compete clause that the airline said should prevent him from starting work at the British low-cost rival until January 2021.

Lawyers for former Malaysia Airlines chief executive Bellew, denied he was subject to the clause, saying it was attached to a share option scheme they said was effectively valueless.

They also argued that the restriction against working for "any airline that competes with Ryanair in any market," was overly broad.

Judge Senan Allen said that while the non-compete clause was valid it was also unjustifiably restrictive by preventing Bellew from joining any airline, not just those in the same part of the market as Ryanair.

"I find that the covenant in this case, properly construed, would prevent the defendant from taking up employment with any European airline, including the legacy carriers, and so goes beyond what the plaintiff has shown to be justified," Allen said in his judgment.

Ryanair Chief Executive Michael O'Leary had told the court that he would not have an objection to Bellew joining a higher-cost "legacy carrier", but that information Bellew possessed could be damaging to Ryanair in the hands of a low-cost competitor.

The judge said what was relevant was the wording of the non-compete clause - which was deemed in the ruling to be too broad - not how Ryanair intended to enforce it.

During the court case, Bellew told the judge that he believed the clause could apply to airlines all over the world who sell short-haul tickets that compete with Ryanair as part of multi-leg long-haul journeys.

Bellew left his role as CEO of Malaysia Airlines two years ago to return to Ryanair, where he had been director of flight operations before leaving in 2014.