Former AmBank MD: I told Zeti that Najib was opening a private account to receive US$100m from Saudi Arabia 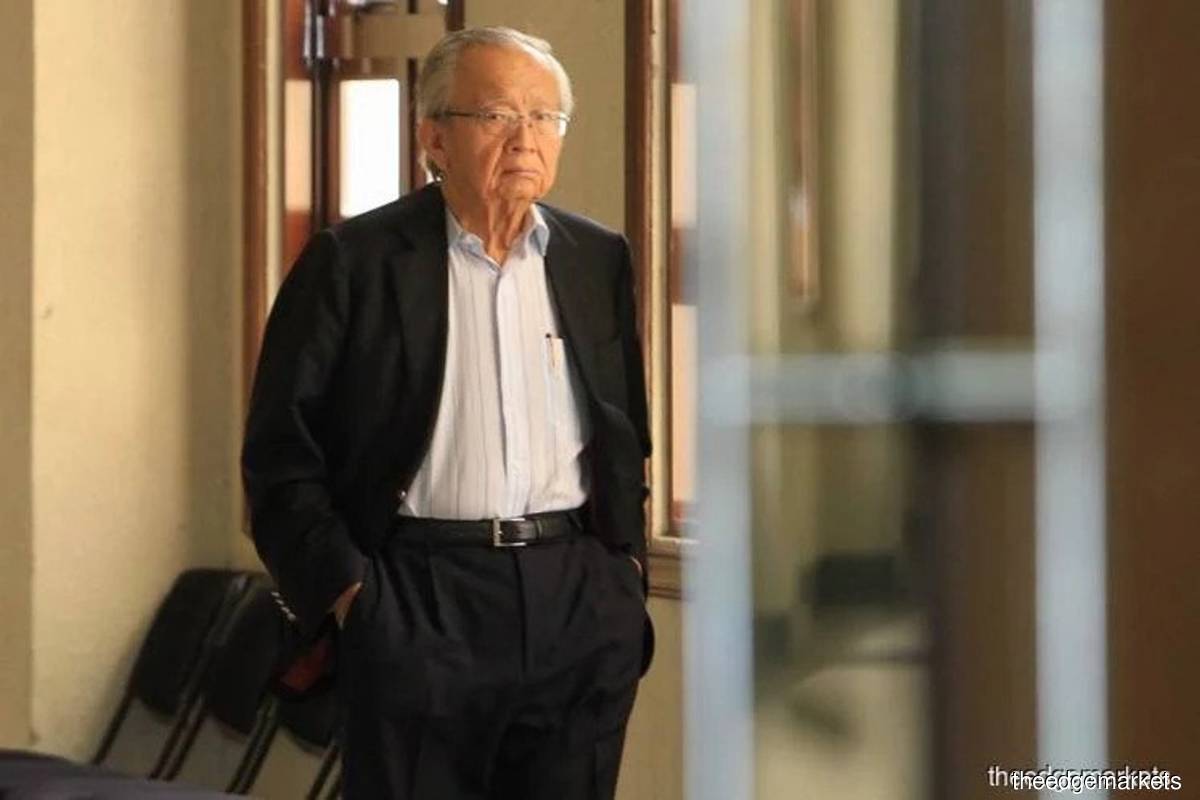 Cheah was testifying as the 39th prosecution witness in the 1Malaysia Development Bhd (1MDB)-Tanore trial.

“The purpose of the meeting was to inform her that Najib had opened an account and there were incoming funds of US$100 million from Saudi Arabia,” he said.

He said it was important to inform the governor of this as Najib was a politically exposed person who was linked to the nation’s interest. Zeti did not object, he added.

“[However,] she reminded that the opening of the said account [was] to be made following the banking rules and regulations,” said Cheah.

The former MD added that the “AmPrivate Banking-MR” code name was used for Najib’s current account and it was managed by AmBank customer relationship manager Joanna Yu. The name was assigned to the account “to avoid private information from being misused”.

“They (Joanna Yu and AmBank’s operations director Ross Foden) suggested that the code name be attached to the account, seeing that the account was sensitive and to avoid leakages like what happened with Public Bank and the National Feedlot Corp case,” he said.

He said subsequently, he was given a letter which also included this code name. The letter was passed to Zeti.

Cheah said he wasn’t sure if Najib was informed of the code name, but that it fell within the purview of the bank’s operation to choose the code name.

He added that the purpose of the letter was to make it easier for BNM to monitor the Ringgit Operations Monitoring System (ROMS). The letter was sent on Feb 9, 2011.

Earlier, Cheah said he had first gone to Najib’s house in Jalan Langgak Duta, Kuala Lumpur in 2011 to facilitate the opening of the bank account, after being given the green light by AmBank chairman Tan Sri Azman Hashim.

“I then met Najib at his home and introduced myself. There were only two of us during the meeting. I had informed Najib that I had brought along a cheque book for the said account and credit card documents, among other documents,” he told Justice Datuk Collin Lawrence Sequerah.

After signing the documents, Najib had told him that US$100 million from Saudi Arabia will be deposited into the account. Cheah said he didn’t ask Najib what the purpose of the funds were coming in for, but that Najib voluntarily said it was a donation to him from Saudi Arabia, in line with some “Islamic activity”.

Previously when Cheah testified as a witness in the SRC International trial — where Najib is currently serving a 12 year jail sentence having been found guilty of seven charges — he said that he had also met fugitive financier Low Taek Jho, or better known as Jho Low, at this meeting in Najib’s house.

“Once I arrived at Najib’s residence, I met with Jho Low whom I have previously met. I was then taken into the residence by Jho Low, who introduced me to Najib, and Jho Low also informed him that I was from AmBank.

“Najib and I proceeded to the guest room while I saw Jho Low waiting at a different part of the residence,” he told the court according to reports from The Edge in 2019.

Cheah finished reading his witness statement and will continue to be cross-examined by Najib’s lawyers when the trial continues on Wednesday (Oct 5).

Najib is charged in the 1MDB-Tanore trial with four counts of abuse of power and 21 counts of money laundering involving RM2.28 billion of 1MDB funds.