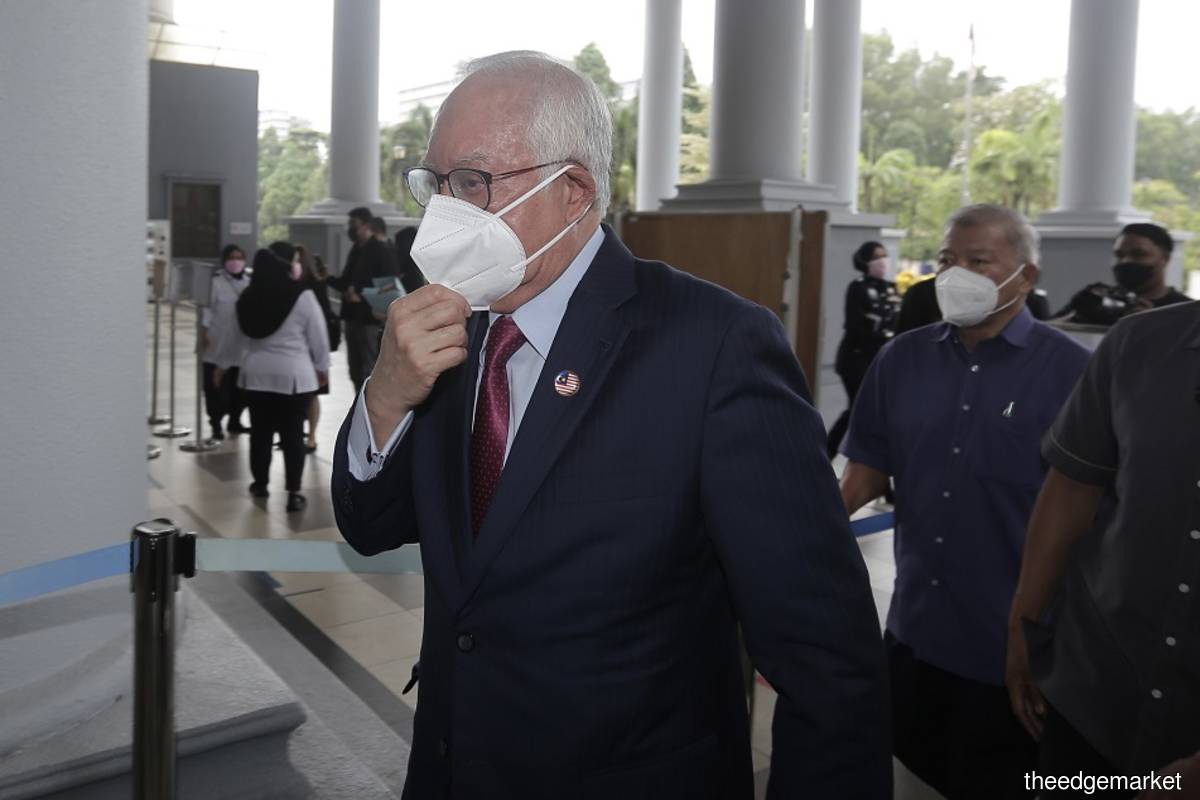 KUALA LUMPUR (Nov 11): 1Malaysia Development Bhd’s former CFO Azmi Tahir told the court on Thursday (Nov 11) that he could not question decisions to transfer US$3 billion of 1MDB funds to third parties, as these instructions came from the office of then prime minister Datuk Seri Najib Abdul Razak.

Azmi, who was reading out his witness statement in court during the 1MDB-Tanore trial, said the US$3 billion was money raised from bonds issued by 1MDB's subsidiary 1MDB Global Investment Ltd (1MDB GIL) for a 50:50 joint venture between 1MDB and Aabar to develop the Tun Razak Exchange or TRX in Kuala Lumpur.

On March 19, 2013, US$2.721 billion — the balance of the US$3 billion raised after paying off Goldman Sachs's fees in the bond issuance — was sent into 1MDB GIL's account with BSI Bank at Lugano in Switzerland, where US$1.59 billion was later transferred out to three investment funds, namely Cistenique Investment Fund, Devonshire Funds and Enterprise Emerging Markets Fund.

The funds were subsequently moved to two companies — Tanore Finance Corp and Granton Property Holding Ltd. From there, a total of US$681 million was transferred into Najib’s personal accounts.

Azmi, who was testifying before Judge Datuk Collin Lawrence Sequerah, said he was kept in the dark about these transfers, although he signed off on them on the instructions of Najib’s now deceased principal private secretary Datuk Azlin Alias, and Jho Low.

He said while he did sign off on the bulk of investment documents in 1MDB during his time as CFO, he only signed the acknowledgement slips without looking through the actual contents.

"I couldn't question any decision to transfer the funds to third parties, as it was instructed by Datuk Azlin. I also understood that it was what Jho Low wanted, as investment decisions of 1MDB GIL were [made] under Terence Geh's supervision, who was a proxy of Jho Low," said the witness.

And as Najib, through Azlin, told them not to interfere in the investments, the witness said all dealings were outside his and former CEO Mohd Hazem Abdul Rahman’s knowledge.

"Following the investments, 1MDB GIL's funds could not be used for any other purposes. This was a direct instruction from the prime minister,” he said.

Azmi also said Tanore and Granton's names never came up in 1MDB GIL's account statements from BSI, and that he only read about these names from media reports about the wrongdoings going on at 1MDB.

“I asked Terence [Geh], when the name Tanore first appeared in the media and was linked to 1MDB, whether we had any dealings with Tanore. Terence denied [there was any dealings] and told me what the media reported was not true," Azmi said.

He also said that during his tenure as CFO, he never authorised 1MDB to make any sort of investments with third parties, and that he was not involved in the funds being transferred into Najib's personal accounts.

In this trial, Najib is facing four counts of abuse of power to enrich himself with RM2.3 billion from 1MDB, and 21 counts of money laundering for the same amount. He faces up to 20 years' imprisonment, if convicted.

The trial will resume next Monday (Nov 15) with Hazem's re-examination by Datuk Seri Gopal Sri Ram, while Azmi's testimony will continue on Tuesday (Nov 16).

The Edge is covering the trial live here.
Users of The Edge Markets app may tap here to access the live report.