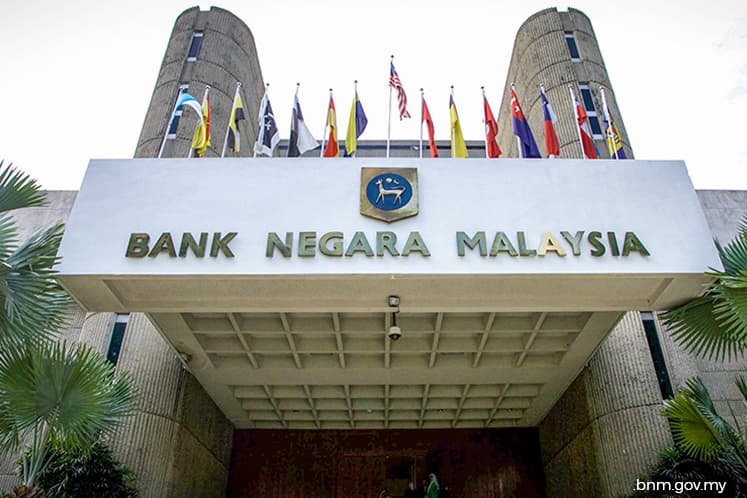 PUTRAJAYA (Sept 19): Chairman Tan Sri Mohd Sidek Hassan of the Royal Commission of Inquiry (RCI) into the 1990s foreign exchange (forex) scandal refused to retract his conclusion that RM31.5 billion was lost due to the central bank's forex trading at the time, which he came to on the first day of hearing on Aug 21.

"Actually, I don't remember what the conclusion figure was. It was some number. Whether it was — first, second or third conclusion, the issue of withdrawal does not arise.

"We will make the (proper) conclusion when the report on the recommendations is submitted to the King," he said when drawing close the nine-day RCI on the losses incurred by Bank Negara Malaysia (BNM).

Mohd Sidek reportedly came to that conclusion at the end of the first day's hearing, when former BNM staff Abdul Aziz Abdul Manaf testified that the central bank had lost RM31.5 billion over a four-year period between 1991 and 1994.

Abdul Aziz, who was an accounts manager of BNM and was involved in the preparation of the central bank's annual reports in 1992 and 1993, however, could not provide further details on the alleged losses, saying he was only in charge of the accounting treatment of the reports.

Counsel Mohamed Haniff Khatri Abdulla, who held a watching brief for former Prime Minister Tun Dr Mahathir Mohamed, subsequently called on the panel to withdraw the figure as it was inaccurate and premature.

"That is wrong. It must be reflected and corrected in the records because this is a royal inquiry with royal recommendations. Let's maintain the honour and dignity of the proceeding," he told reporters outside the courtroom today.

Haniff's appeal to the panel to recall former BNM assistant governor Datuk Abdul Murad Khalid — made on Aug 24 — has also been dismissed as irrelevant.

Murad, among the first witnesses to testify in the RCI, revealed that BNM lost up to US$10 billion during the 1990s a result of forex trading.

Haniff said Murad should have been asked to re-testify because his testimony relating to the figure of US$10 billion was 'fanciful' for it failed to be backed with evidence.

"We did not find any documentary evidence to support that figure, and (also) his previous record and credibility was never put to him. That should have been resolved properly," he added.

Meanwhile, Dr Mahathir's application to recuse Mohd Sidek from the RCI is still pending at the Court of Appeal although the RCI concluded today.

"Our appeal to recuse him is still pending in court. If the Court of Appeal is agreeable to the appeal, it would have an effect on the RCI's recommendation.

"So, if the court finds the composition to be in error, the recommendation to the King becomes null and void. So that is why we are proceeding with the appeal," Haniff said.

He added that the background of another panel member, who was also asked to be recused, is currently being checked.

Mahathir asked for two panel members to be recused as they were part of the special task force that recommended the setup of the RCI. His application to remove them was rejected by the Kuala Lumpur High Court on Aug 17.