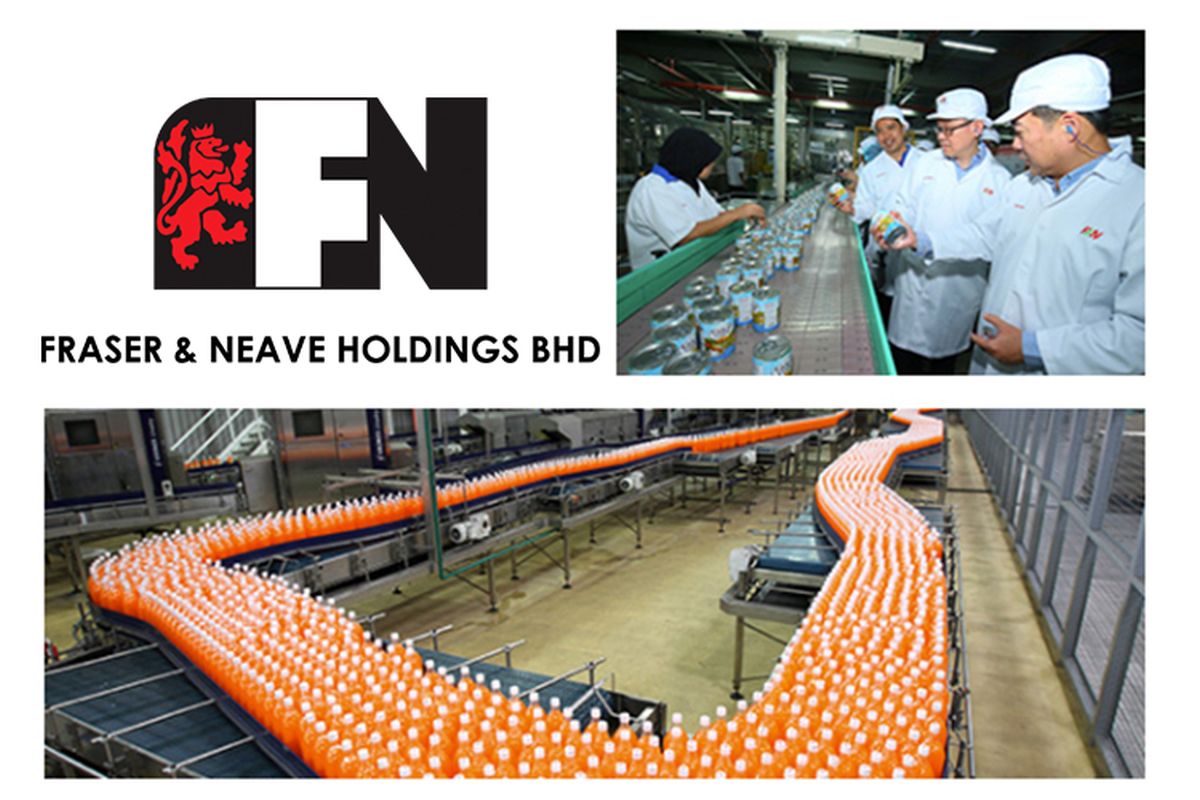 F&N attributed the higher sales to the low base effect last year and maiden contribution from its food business Sri Nona, which contributed to the growth for the Hari Raya Puasa festival season from the sale of rice cakes and other products due to higher in-home consumption.

Meanwhile, it also noted that the group's profit before tax was marginally lower by 0.7% at RM119.2 million in 3QFY21 versus RM120 million in 3QFY20, due to commodity price pressures, restructuring costs and lower export margins.

On a quarter-on-quarter basis, however, net profit declined by 7.11% from RM103.51 million, as revenue shrank 2.95% from RM1.09 billion. Apart from lower revenue, the group blamed the lower profits on higher commodity costs and higher restructuring costs incurred.

For the cumulative nine-month period of FY21, its net profit rose 3.72% to RM336.47 million from RM324.39 million a year ago, while revenue expanded 6.58% to RM3.23 billion from RM3.03 billion. Higher earnings for the period were due to investment tax incentives at its Thai subsidiary, said F&N.

On prospects, the group remains cautious in its outlook given the challenging market conditions.

“With the escalation in Covid-19 cases in our key markets in Thailand and Malaysia, we expect consumer sentiment to remain weak amidst growing unemployment and lower disposable income. Sales to the out-of-home channels will likely be further impacted. Furthermore, any further uptrend for key commodities cost will put pressure on our efforts to manage profit margins,” it said.

Nonetheless, the group is confident that its mid and longer term strategies will build a stronger and sustainable business and strengthen its resilience in this new normal.