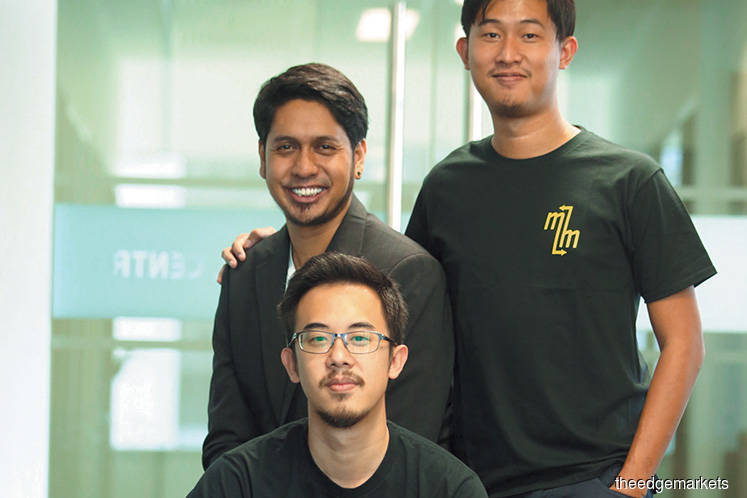 Almost a year after being approved as a participant of Bank Negara Malaysia’s regulatory sandbox, remittance service provider MoneyMatch Sdn Bhd is now fully operational, with 5,000 registered users and RM50 million in transaction volume so far. The service boasts the lowest remittance fees in the market, making it easier for individuals to conduct transactions across borders.

Since its inception in 2015, MoneyMatch has aimed to disrupt the services offered by banks and traditional money service businesses (MSB) by significantly lowering the cost required to remit funds and exchange currencies. Apart from the low transaction fees, it offers foreign exchange (FX) rates that are better than any bank counter rates in the country, says MoneyMatch co-founder Naysan Munusamy.

“Traditionally, one would have to pay almost RM100 in fees to send RM15,000 to Australia, which is about 3% to 4% of the transaction amount. In some countries, such as South Korea and the UK, the fee is a lot higher. It can cost up to 7%,” he says.

“Our rates are 10 to 12 times cheaper. For example, we charge a flat rate of RM8 to send money to Australia, inclusive of all charges, including the bank beneficiary charges.”

There are various reasons why MoneyMatch is able to offer a cheaper service, says Naysan. The first is low operational costs. As the company is fully digital, it does not need many offices and hundreds of full-time employees. Once these costs have been stripped out, the company is able to offer attractive rates to customers without jeopardising the day-to-day back-end operations.

On top of its multiple disbursement methods, MoneyMatch also works with a vast number of trading partners globally, executing peer-to-peer (P2P) exchanges on a business-to-business basis. Naysan explains that the more inbound and outbound flows the company is able to match, the lower the cost charged to customers.

“We are also integrating with blockchain networks such as Ripple and Stellar. Hopefully, this will help us drive the cost even further down,” he says.

MoneyMatch CEO Adrian Yap has set an ambitious goal for the company — to be Malaysia’s first full-fledged digital bank in the next three to five years. According to him, this could be a reality in the near future with the help of proper partners and financing, especially since Bank Negara has been very supportive of financial technology (fintech) and innovation.

“The vision that we have for a digital bank differs greatly from what is available right now. We would use artificial intelligence (AI) and big data to provide users with customised pricing for financial products. We are also waiting for certain advancements in blockchain technology that will enable us to securely build a scalable platform in a more robust and efficient way,” says Yap.

MoneyMatch has the ability to fully onboard customers digitally with its proprietary e-Know Your Customer (e-KYC) protocol. Upon registering, users have to book an e-KYC call, which takes about a minute without any connection problems. During this call, the company’s compliance officer asks users several questions, including their source of income and purpose for sending money.

“We have to ask these questions to prevent money laundering or terrorism financing. On the back-end, we also do our checks with credit reporting agencies and global databases to ensure that the user is not a highly risky politically exposed person (PEP). Upon verification, users can freely send money to all the countries we cover,” says Naysan.

To send money, users are required to either go to MoneyMatch’s website or use its mobile app, set up a beneficiary bank account and approve the FX rate offered by the service provider. The website or app automatically connects to Bank Negara’s PayNet, which opens up the Financial Process Exchange (FPX) portal, which allows immediate and direct crediting into MoneyMatch’s account by banks.

MoneyMatch’s average ticket size at RM10,000 differs greatly from the national average of RM1,200. This is because unlike traditional MSBs in the country, the company does not target the lower-income population of foreign workers. Instead, the service is aimed at the lower-middle-income group and above.

“Our typical target user is like our chairman and investor, Azran Osman-Rani. He is a busy man, flying to destinations such as New York, London and Singapore. Recently, his son enrolled in Trinity College Melbourne, so he has to pay the tuition fees and give his son a monthly allowance. He will need to use the service a lot. This is the kind of users we have on our platform,” says Naysan.

The speed of the remittance depends on the countries, but it will not take longer than two days, he says. Today, MoneyMatch remits funds to 56 countries and plans to cover 90% of the world by the third quarter of this year. It also plans to expand its operations in two countries this year, one of which is Australia, due to the high number of Malaysian students and immigrants residing in the country.

“Malaysia as a country has a very high number of students overseas. There are about 20,000 per intake. Of this, 60% to 70% go to Australia, followed by the UK, Europe, the US, Indonesia and India. Typically, for students in Australia, the parents send a lump sum — probably about A$5,000 every few months to avoid constantly paying high transaction fees. With MoneyMatch, they can send money every now and then because it only costs them RM8 per transaction,” says Naysan.

There is also a high number of Malaysians working in Australia who send money back home, he adds. He is hopeful that after the company gets the appropriate operating licences in the country, MoneyMatch would be able to cut the waiting time and process remittances within five minutes (during their banks’ operating hours) at the cheapest rate possible.

Going forward, there are a lot of services that the company would like to offer. For starters, it recently launched MoneyMatch Exchange, which allows users travelling to Singapore to exchange cash at the airport.

According to Naysan, there is a heavy volume of business travellers going between Malaysia and Singapore. These trips are typically less than three days, so they do not need to exchange more than S$1,000 at a time.

With MoneyMatch Exchange, users can book cash exchanges ahead of time at the rate offered by MSBs. Once users reach the airport, MoneyMatch’s full-time employee will meet them directly and perform counterfeit detection with a mobile device before providing the users with the exchange of cash. There is a RM10 convenience fee charged for the transaction.