Fidelity Mgmt and Research is now a substantial shareholder in Ajinomoto 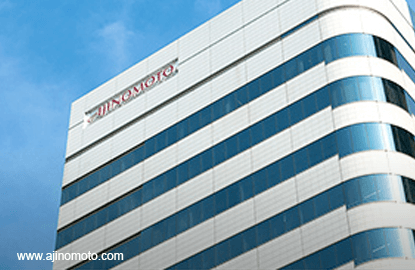 KUALA LUMPUR (Dec 21): Fidelity Management and Research (FMR LLC), the second-largest mutual fund and financial services group in the world, has emerged as a substantial shareholder in Ajinomoto (Malaysia) Bhd with a 5.04% stake.

In a filing with Bursa Malaysia today, Ajinomoto said FMR LLC emerged as the company's shareholder after acquiring 3.04 million or 5% stake on Dec 7.

The monosodium glutamate (MSG) manufacturer said the financial services group then acquired an additional 15,400 shares or 0.04% stake in the company via three separate transactions between Dec 10 and Dec 11.

None of the filings stated the price of the transactions. Following the purchases, FMR LLC is now in control of 3.06 million or 5.04% stake in the company.

Ajinomoto was slapped with an unusual market activity query by Bursa Malaysia last Thursday (Dec 17) on the sudden rally in its share price. The stock was also flagged by theedgemarkets.com as a Stock with Momentum, three days earlier on Dec 14.

Over a month earlier, Ajinomoto was picked as The Insider Asia's Stock of The Day for the second time on November 11. It was first picked on Nov 4 last year when it was trading at RM5.57, and has gained some 49.19% since.