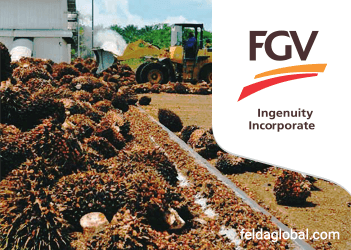 In a statement June 19, FGV said the proposed acquisition is cheaper than the acquisitions made for New Britain Palm Oil Ltd (NBPOL) by Sime Darby Bhd and Unico-Desa Plantations Bhd by IOI Corp Bhd.

It said the proposed implied equity value per hectare (EV/ha) for the planted hectarage of controlling shareholder Rajawali Corp is approximately US$17,400 per ha — lower than the recent transactions involving NBPOL (EV/ha of US$25,900) and Unico Plantations (EV/ha of US$23,500).

“In comparing with recent Indonesian transactions, hectarages involved are small in nature, of less than 70,000 hectares,” the group hit back in response to news reports highlighting criticisms from a Malaysian lawmaker and the Employees Provident Fund (EPF).

The EPF had voiced concerns on FGV’s inclination to overpay for its assets and is against the proposed acquisition of the stake in Eagle High, besides the purchase of Rajawali’s sugar project for RM2.8 million.

The Edge Weekly reported that FGV will actively reach out to shareholders to allay worries on the plantation group’s business dynamics, in response to concerns noted by EPF.

“We will talk to them, and not just EPF. We are going to communicate with all our major shareholders on what is the way forward for the company on a one-to-one basis. The reasons to stay invested are simple: number one is that our strategic and transformation plan will begin to bear fruit.

"Number two is the bump in earnings that the company will derive in the next couple of years. We have the projections and figures and we will share them with shareholders soon,” said FGV chief executive officer Datuk Mohd Emir Mavani Abdullah.

EPF had ceased to be a major shareholder in FGV on June 15, following the sale of 8.2 million shares in the company, a day before FGV’s annual general meeting.