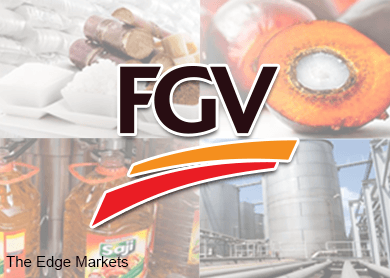 KUALA LUMPUR (May 26): Felda Global Ventures Holdings Bhd (FGVH), the world’s largest palm oil producer, saw its net profit plummeting 97.5% to only RM3.58 million, or 0.1 sen per share, in the first quarter ended March 31. The group blames the poor financial result on the flash flood that had affected half of it plantations and the weak crude palm oil (CPO) prices.

In contrast, the group posted net profit of RM143.63 million, or 3.9 sen per share in the previous corresponding quarter.

In a statement, FGVH attributed the dismal earnings in 1QFY15 to low production of fresh fruit bunches (FFB) and the downward trend in crude palm oil (CPO) prices that has hit most plantation-based industry players.

FGVH group president and chief executive officer Datuk Mohd Emir Mavani Abdullah said severe flooding at the end of 2014 and early 2015 that occurred in the East Coast of Peninsular Malaysia had impacted FGVH.

He said as half of its plantations are located in the three most affected states during the floods, harvesting activities and transportation of FFB to nearby mills were disrupted.

As a result, FFB production volume dropped 20% to 930,000 tonnes, from 1.159 million tonnes in the previous corresponding quarter, he added.

“We note that it has been challenging for all plantation companies,” said Emir.

“As it is cyclical, the crop production is at its lowest and same goes to other companies too. In order to remain resilient during this period and to actively offset volatile CPO prices, we are focused on delivering our aggressive improvement and transformation plans in the near term,” he added.

Emir said FGVH has embarked on a concerted effort to enhance revenue generation by establishing a new business model at the start of 2015 hinging on tolling arrangement.

“The fully fledged, asset-backed trading arm is proving to be effective in the first quarter of its operations,” he said. “The trading, marketing, logistics and others (TMLO) segment has more than doubled its revenues, from RM200 million in 1QFY14 to RM532 million in1QFY15.

"Going forward, we expect this to become a large and stable revenue generator for us,” he added.

As for FGVH’s sugar cluster, profits continued to stay on a healthy uptrend. The cluster recorded profits of RM92 million, an increase of 17% y-o-y.

Emir said at an operational level, the group is pushing forward with continued improvement efforts to contain costs and enhance productivity in estates and factories.

“Among the cost optimisation programmes started in 2015, a core part is renegotiating better value contracts with vendors,” he said.

On top of this, in line with its best management practices programme, FGVH is increasing mechanisation in crop recovery, canopy and nutrient managements to all of its estates.

“We are introducing increased mechanisation in our estates, such as fertilizer spreaders and mechanical assisted in-field collection,” he said.

“Emerging results are showing improved productivity in the field, which will support our drive towards greater operational excellence and cost optimisation in plantations,” he added.

Emir said the group is also committed to its aggressive replanting programme, aimed at improving the age of its crops to 60% prime and matured, 20% old and 20% young trees by 2020.

“In support of this, we are also investing in brownfields in the region to accelerate the improvement in our crop age profile,” he said. “Through these combined efforts to future proof our business, FGVH expects the rest of 2015 to be in line with industry,” he added.