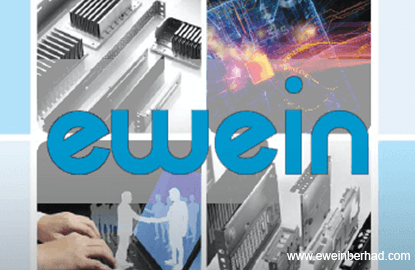 In its Bursa Malaysia note, the group said its early adoption of MFRS 15, which deals with revenue from contracts with customers, has resulted in the group recognising revenue from its property developments based on the stage of completion method.

In July, it said Ewein Zenith Sdn Bhd began the development of a 50-acre wellness resort city in Penang known as Wellness City of Dreams, which is worth RM800 million and is expected to contribute RM200 million in pre-tax profit to the group starting 2016.

Moving forward, the group is optimistic that the manufacturing division will be positive and it is poised to further improve in view of the current weak currency environment for the remaining months of this year.

"The Board expects a significant contribution from its property development segment, which will be expected to drive the Group's performance positively in the future," said the announcement.