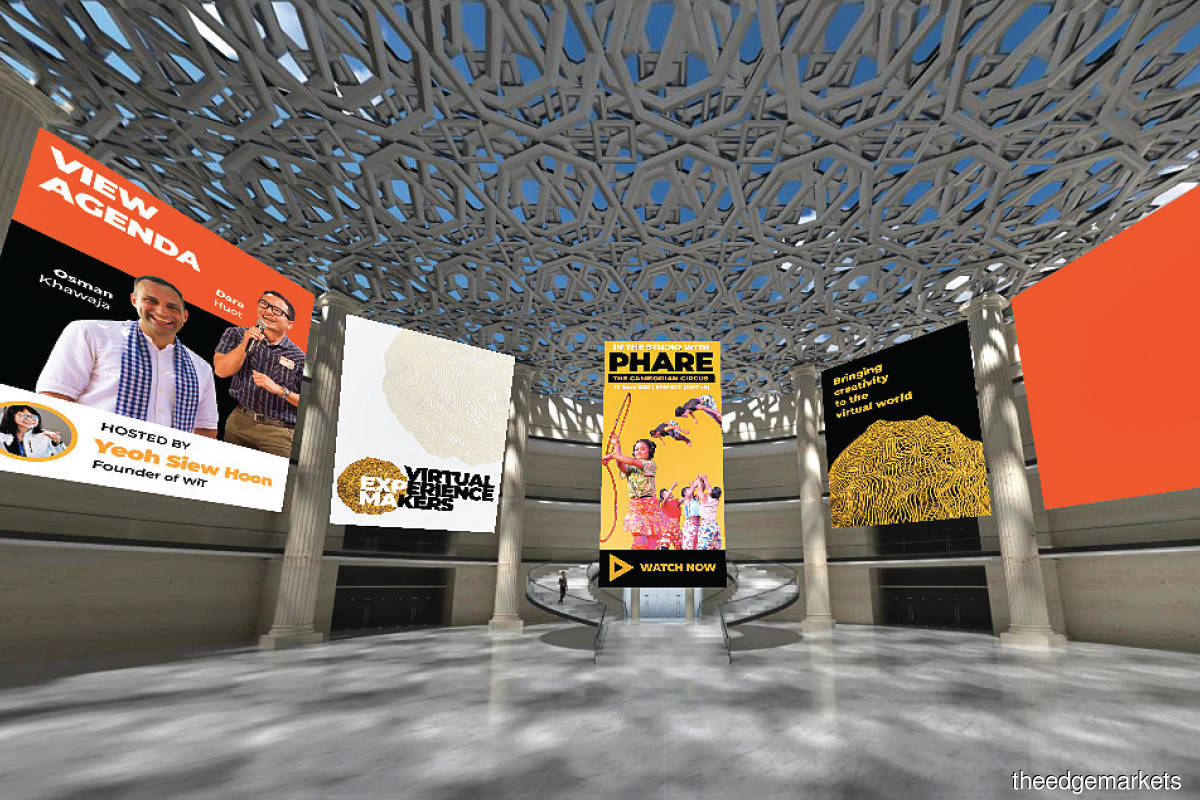 Virtual events are here to stay, as their international reach cannot be ignored

Social gatherings and events have been cancelled or postponed indefinitely since the pandemic hit a year and a half ago, which has had a severe impact on the bottom line of event management companies.

GlobalSign.in, a tech events management solutions company, is no exception. Its revenue for the whole of last year was only 5% of that made the year before.

As a tech-focused company, it saw the potential of virtual events as firms were utilising existing online platforms to curate online meetings and events. Not long after, the company set up GEVME and, subsequently, GEVME Virtual to focus on virtual events.

GEVME CEO Veemal Gungadin tells Digital Edge that its journey to virtual began in February last year and it is still going strong, with the company continuously upgrading the features and services of its virtual events builder to accommodate client demands.

GEVME Virtual deems itself the Wix or Canva of virtual events, emulating the drag-and-drop building feature of these apps and thus making virtual events more accessible as well as keeping them reasonably priced. The features users can add to events include a chat function, payment gateway and breakout rooms, all of which are customisable. The platform allows attendees to interact with one another in the virtual venue. Gungadin explains that different types of events — depending on the number of attendees — have different restrictions and needs. At some venues, interaction could be in the form of a chat box where two attendees can interact privately. There are also chat boxes exclusive to specific rooms within the venue to allow for interactions and discussions among the audience.

Attendees can also schedule video call appointments for networking purposes, says Gungadin. However, in certain cases where there are a lot of attendees, the platform has a request feature that an attendee can use to accept or reject an interaction with another guest.

In the same way a physical event is hosted at a venue, the builder comes with a set of virtual event venues to choose from. Gungadin says the virtual venue can also be designed by a third party and imported into the system. He adds that some clients have become quite imaginative, hosting events in space or in the desert.

“Our platform is generic enough to cater for many types of experiences. You don’t need any technical knowledge at all to use the builder but, of course, a lot more can be done if one has some tech know-how,” says Gungadin.

“The experiences can be in 2D or 3D. A 3D environment mimics, let’s say, a hotel or a convention centre. We can also do a 3D immersive experience where visitors can navigate their avatars through the 3D digital world. It’s almost like a game,” he continues.

The company has invested about US$4 million over the last 1½ years, upgrading and enhancing the features of the platform. Gungadin says the current version of the platform is its seventh iteration and believes there are a lot more iterations to come.

GEVME is headquartered in Singapore but has a presence in Malaysia, India, Indonesia and Vietnam, which is a growing market for the company, he shares. It also has a presence in China through local partners and is looking to extend its presence to Europe soon. Marketing has always played a key role in physical events, whether in the form of sponsorships, partnerships or just participating in exhibitions or advertisements around the venue. It is more of a business-to-business relationship between the marketer and the event organiser. In a virtual setting, the same would apply — however, the creative possibilities are endless, says Gungadin.

A presence at events is the most effective way for marketers to interact with potential clients and customers, especially if an event’s theme gathers like-minded individuals. However, it can be costly to participate in a physical event, which is why companies sometimes opt to forego one altogether.

Virtual events can fill this gap as they open up the audience reach, whereby even those from other countries may end up attending and becoming clients, says Gungadin. The price point for virtual events has also halved, as the industry sees more competition. This allows companies to become more creative with their virtual events as they are budget-friendly.

“A small virtual event with about 100 people will cost less than US$1,000 and the price scales up based on the event size and as more sophisticated features are added, such as a payment gateway, for example,” Gungadin explains.

“What’s interesting is that brands are now designing their own virtual venue. We’re seeing more and more brands spending on these kinds of experiences, which then changes the narrative of virtual events to becoming a creative platform.”

Recognising this, GEVME’s evolution has led to the company bringing in partners such as creative event agencies to cater for this demand, says Gungadin.

“We have a venue store where users can easily pick and choose the venue they want. So, if you’re a company that doesn’t want to invest much, you can pick a ready-made venue. But if you want to create your own, we can do that too — a company can choose one of our creative agencies to work with or design it themselves. It’s fully customisable,” he adds.

“These venues can be saved in our system and reused for future events as well.”

Right now, about 30% of GEVME’s clients choose to design their own virtual venue. While a lot of companies have expressed their interest in developing a personalised virtual venue, financial and time constraints have to be considered. Gungadin says the company recognises this demand and is working to increase its ready-made venues to 100, to provide its clients with more choices.

Meanwhile, 3D venues are gaining momentum. Gungadin says when virtual events rose in popularity last year, he found 3D experiences too gimmicky. But over time, he has encountered clients who have pushed back the design boundary, proving that 3D venues actually work, especially when transforming the mundane elements of virtual events.

“People have really taken to 3D experiences, especially corporates. Zoom fatigue is very real to the point that when people hear that there is a full-day conference, they’re put off. But with 3D experiences, it’s a lot more engaging and interactive,” says Gungadin.

The events industry has reached a point of no return, says Gungadin. He believes virtual events are here to stay — although people would be keen to socialise at physical events, the international reach of virtual events cannot be ignored. A hybrid concept is inevitably the way forward, he says, and along with that, a lot more creative execution.

Virtual reality (VR) and augmented reality (AR) technologies are making their way into this space, although they may seem like very advanced tech, says Gungadin. This could be because AR and VR functions are becoming more accessible as mobile phones are more sophisticated now and have AR and VR capabilities, he adds.

“There are two ways to experience a 3D or VR world; firstly, by just using your mouse, keyboard and browser to navigate through a virtual event space, like a game. Another way is by using VR devices, and some companies have made the effort to send VR gear to attendees,” says Gungadin.

“AR has also been used widely, especially for product launches, where attendees just need to use their mobile phones to activate the AR functions by scanning an image shown on their laptop screen.”

Data is also becoming an important element. In the past, surveys were conducted to garner feedback but now, with the ability to track virtual attendees’ movements, event organisers can get more concrete insight, says Gungadin.

“We can track who is interacting with whom, who is watching which sessions, which speaker is more effective and so on, because it’s easier for people to move around without interruption in a digital space.

“This is where we’re leveraging artificial intelligence to provide recommendations such as the people to meet, sessions to attend and booths to visit, for example. This is going to be a game changer because an event’s return on investment will be more justified for brands,” he adds.