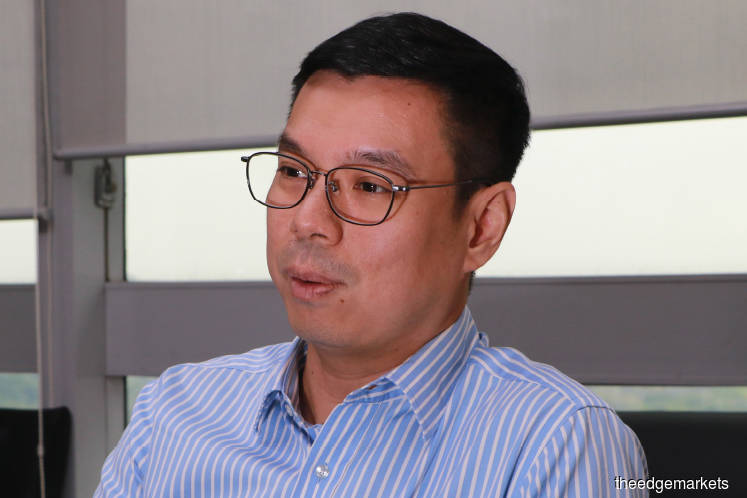 ETIQA, the insurance and takaful arm of Malayan Banking Bhd (Maybank), is strengthening its regional foothold by expanding its product offerings in Indonesia, the Philippines and Cambodia. These three countries will be key growth markets for Etiqa in the coming years, says its chief strategy officer Chris Eng Poh Yoon.

“The strong success we have seen over the last two years has been in the Philippines, and to some degree in Indonesia, where we have consolidated our position. We are also looking to start operations in Cambodia.

“We are still in the process of getting our licence in Cambodia, which we hope to secure in the next couple of months,” he tells The Edge in a recent interview.

The group’s foray into Cambodia’s insurance market will make it the second Malaysian insurer to do so after Lonpac Insurance Bhd, the wholly-owned insurance subsidiary of LPI Capital Bhd.

“We believe that when we secure our licence in Cambodia, we will be able to scale up quite quickly, leveraging Maybank, which has already established itself as one of the top banking groups there. Maybank has been in Cambodia for 25 years, with 21 branches in the country.”

“Insurance penetration in Cambodia is still low, but most of the country’s wealthy are concentrated in its capital Phnom Penh, which will be our target market,”says Eng.

“At the same time, we want to be among the first to provide online insurance [products] there.”

“I think the general insurance market is competitive in Indonesia, but life penetration is still low. Our focus in Indonesia is growing our online [general insurance] business, while in the Philippines and Cambodia, we are focused on the bancassurance angle (selling life assurance and other insurance products and services through the banks) whereby we leverage Maybank. Subsequent to that, we will look into online insurance in these two countries,” says Eng.

Etiqa also has a presence in Singapore where it has been seeing double-digit growth in its life insurance business. The group is looking to maintain this, given that the insurance market in the city state is at a mature stage.

“From the general insurance side of things, we have been in Singapore for many years, but around four years ago, we decided to venture into the life insurance space, where we have seen double-digit growth [year on year].

“We are currently ranked eighth in Singapore for life insurance, while we are ranked No 21 in the general insurance space due to stiff competition. Our target there is to be among the leading foreign bancassurance providers,” says Eng.

On which other countries Etiqa could be looking at to expand, Eng says, “We would be interested to explore Myanmar as it is a sizeable market of 50 million people, but probably in another two to three years, once we have grown our presence in Indonesia, the Philippines and Cambodia,” he says.

Nevertheless, a regional expansion strategy comes with its own set of challenges.

“In Indonesia, for example, there is a lot more emphasis on having local ownership, so foreign participation is capped at a maximum of 80% for foreign insurers. There is also a need to have local commissioners on the board, and there is strong encouragement to appoint a local CEO. But this is understandable... just like in Malaysia in the past, foreign shareholding of insurance companies was capped at 70%,” Eng explains.

“In the Philippines, there is a strong emphasis on branding, thus, we need to spend a bit of marketing dollars to grow our presence there. In Cambodia, the challenge is staffing as there is a shortage of experienced personnel. It is also a dollarised economy, so staff costs are not cheap.”

Etiqa derives 90% of its revenue from Malaysia. Even so, Eng believes there is still room for its Malaysian business to grow.

“Fire insurance is still fairly underpenetrated in Malaysia, as well as life and family takaful. Unfavourable market conditions have also resulted in a slowdown in sales of investment-linked products.

“However, in terms of traditional protection and savings products, those are still doing well in Malaysia, so there are still opportunities for growth here,” he says.

Etiqa is the largest online insurer in Malaysia, accounting for 6 out of 10 insurance policies sold online, primarily general insurance products such as motor insurance, travel insurance and fire insurance.

Last year, there were reports that Maybank could potentially spin off and list Etiqa on Bursa Malaysia. On this, Eng says, “We are always open to various options that can add value to the company, and the shareholders will deliberate and evaluate these options.”

For its financial year ended Dec 31, 2018, gross premium increased after the insurer’s life insurance and family takaful business grew 16% to RM4.3 billion while the general insurance and takaful segment expanded 17% to RM2.9 billion.