Estate Planning: Taking the guesswork out of legacy planning 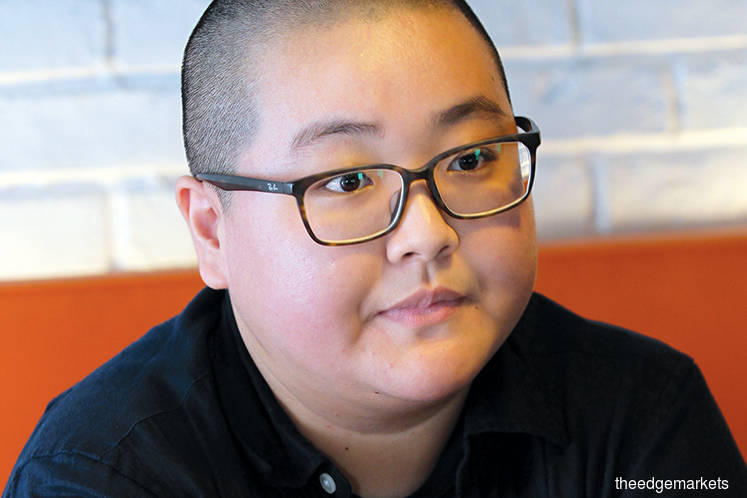 When Izumi Inoue’s grandmother died, the family went into a tailspin trying to figure out what to do. How did she want to be buried? Whom should they invite for the wake? What kind of food should they serve at the wake?

There was a lot of tension and stress. Her mother, aunts and uncle were forced to discuss these details while they were still grieving.

“First of all, there was the ritual process itself. Next, it was about getting the right location for the final resting place. Our family comes from different religious backgrounds, so coming to a decision on how to handle it was an issue,” says Inoue.

When her grandmother died in hospital, she remembers being upset at her family for being on the phone instead of mourning. “I was bawling my eyes out. I remembered thinking, ‘Look, your mum just died. You guys should be feeling worse than me right now.’

“It took me a while to understand that someone had to make the important decisions. I was privileged enough that I did not have to do those things. So, I just focused on myself.”

The process would have been much easier if her grandmother’s wishes had been made known to her children earlier, like when her grandfather died later on. That understanding led Inoue to create Bereev — a legacy planning platform that guides users in answering questions about their wills, possessions, outstanding loans and wishes after death.

“We help you manage all the different moving parts. We make it easier for you to collaborate with your family and craft a blueprint that will guide your family members. It does not really replace any of those things that are in the market now. It is just a way to simplify and manage the process for the people left behind who have to deal with the logistics,” says Inoue, who is CEO of the company.

Another issue she and her team observed was the difficulty in tracking down important documents of the deceased. This is solved by a function included on the platform that allows users to upload important documents, such as wills, to be shared with their next of kin. It also prompts users to include the contact information of relevant lawyers and insurance agents.

“Typically, you begin by writing a will, and with extra cash you get yourself insured. Then, you put all of these into a safe box and hand it to your spouse. A lot of this actually gets lost in communication. Every year, you hear of AmanahRaya declaring billions of assets frozen because there is no one to claim it. KWSP as well. Often, there are people who are supposed to inherit these things. But probably due to a lack of communication, supporting documents and understanding, these things go unclaimed,” says Inoue.

Many Malaysians already have wills to communicate their wishes to the next generation. The ones who can afford it also create family constitutions, family offices and trust funds for this purpose. Bereev is targeting those who do not have the resources to hire a family manager or create a trust fund. She does not intend to have the platform replace the use of wills, which carry legal weight in the country.

“The system in Malaysia requires you to have a will that meets every single requirement in the Wills Act. You have to go to court, get a mandate and wait for people to verify that the will is uncontested. Only then can you get access to whatever is written in the will,” says Inoue.

“Bereev is not going to replace your will. It is more about sitting down with your family and telling them you are going to start doing this (legacy planning process). In the future, we want to include features that can be executed and are legally valid. But I see that being further down the road.”

Bereev launched its public beta version last month and has about 400 users now. Soon, the company will introduce a paywall that will charge users RM5 a month for access to two more sections [see box].

However, the free version will remain. Inoue says its target audience will be people with existing wills and insurance, those going through major life milestones and people in risky jobs.

“If they are getting married, divorced, having children, buying property or getting diagnosed with a medical condition, those are checkpoints in life where you start thinking about your loved ones and your estate. A loved one is relying on you and you need to do something about it,” she says.

“If you have a career that has high occupational risk, such as on an oil and gas rig, a better way for you to focus on your job is to have the assurance that if anything happens to you, your family knows what to do.”

Inoue is in discussions with several insurance companies to incorporate Bereev in their services. “We are hoping that in the future, there will be a few insurance companies that also provide you with tools like Bereev. If you think about life insurance, you pay a premium for years and at the end of the day, you are not the one who gets the rewards. So, if they can give you immediate access to a tool you can use right now after you pay your premium, I would say it is a win-win for end users and companies,” she says.

Another kind of partnership Inoue hopes to strike up is with the wealth management arms of banks. Premium banking departments often have will-writing services and trust funds and Bereev can add value by providing a digital platform that can consolidate all of these segments.

In the future, she also plans to work with government institutions, such as hospitals, to help identify victims and their next of kin. “We all carry smartphones with us, so that could be a powerful tool to identify your family members. One of our ambitions is to help ambulances and emergency health workers identify people,” says Inoue.

Going through the planning process

By talking to industry experts and comparing their own experiences, Izumi Inoue and her team came up with five major components for Bereev — life, plan, vault, message and share.

In the life section, users can fill in their basic details and emergency contacts. There is also a function to input information on pets, alongside the contact information of their veterinarians. A box called “bucket list” is included for users to write down their life goals.

The next section — plan — allows users to write their wishes concerning elderly care. For example, how they would like to depart and what they would like to give away when it happens. Elderly care caters for situations such as disability and the onset of dementia or illnesses such as Alzheimer’s, when one is unable to make decisions anymore.

“You are not just talking about death itself. A lot of the time, you rely on the people around you to make those decisions for you. But through Bereev, you can give your family an idea of how you want those situations handled,” says Inoue.

“Let’s say I cannot live independently anymore. So, what kind of environment would I prefer to be in? What are the absolute things I need around me? What can I compromise on? Are nursing homes an option?”

The departure feature allows users to state how they would like their bodies managed, a guest list for the wake and other details. The giveaway feature helps users decide which possessions to part with after death.

“It is something I added, thanks to my grandfather. Before he left, he actually put aside RM500 and said, ‘Can you give this to an old folk’s home in Penang?’ It is an old folk’s home near the house he grew up in. It was a small gesture, but it was something we wanted to honour,” says Inoue.

In the vault section, users can upload legal, financial and medical documents, alongside relevant contacts. “We want to make sure that with every document you have in the vault, there are contact details of someone your family may need to get in touch with. For example, for insurance policies, you can specify who your agent is. So, at least they know how to claim the insurance and who to get in touch with,” she says. There is also a message section for users to leave their last words.

Finally, users can choose to share the information with trusted family members and decide how much information they can see. Bereev uses the AES-256 encryption used by banks so not even the team can see the details. Users who pay RM5 a month will be able to access the vault and message functions.