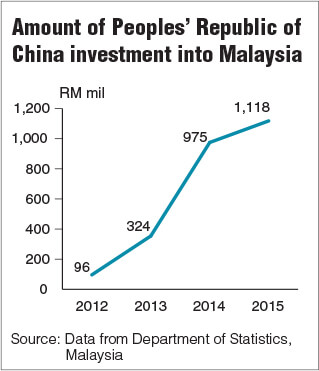 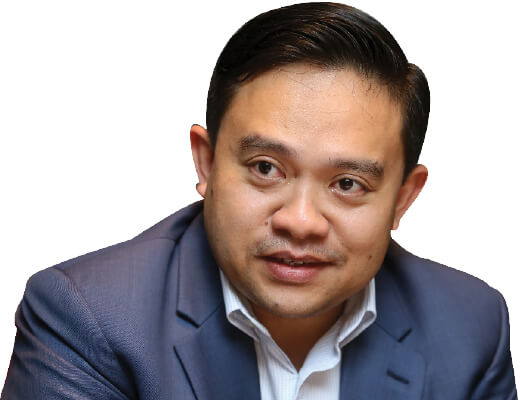 KUALA LUMPUR: The influx of Chinese investments into the country is said to bring in a multiplier effect to the domestic economy. However, in terms of job creation, the benefit may not be as desirable, given how this has panned out for Africa.

According to Wan Saiful Wan Jan (pic), the chief executive officer (CEO) of the Institute for Democracy and Economic Affairs (Ideas), Chinese investments in the continent has resulted in the creation of low-skilled and low-paying jobs rather than high-paying and high-skilled ones.

Wan Saiful, who is conducting a study to assess the impact of Chinese investments on the Malaysian labour market, shared at a recent conference that his preliminary findings indicated that there was a need for a policy rethink on the government’s part here to ensure that jobs created for locals by such investments will be high-skilled and high-paying.

He said this was especially important given that Malaysia is aiming to become a high-income economy. Ideas hopes to conclude the study by early next year.

Taking the Malaysia-China Kuantan Industrial Park (MCKIP) in Gebeng, Kuantan, as an example, Wan Saiful said his initial study on the labour deployed there showed that many jobs requiring higher skills were undertaken by Chinese workers brought in by the investors.

China-based Alliance Steel Sdn Bhd, the largest investor in MCKIP, offered over 4,000 jobs for locals in a job fair in August that it jointly organised with the East Coast Economic Region Development Council (ECERDC), the Pahang state government and Jobs Malaysia. To support Alliance Steel’s operation in the MCKIP, ECERDC said on its website that vacancies available included both entry-level and senior-level positions requiring various qualifications and skill sets. The jobs ranged from technical and support positions, to engineering, supervisory and management positions.

But to Wan Saiful, while MCKIP promises high-value investments and to grow the Malaysian economy, the immediate jobs created there have been mostly low-skilled construction jobs. Further, he thinks future jobs will likely be factory-based and that it is uncertain how locals can be transitioned into higher-level jobs once investors leave.

Likewise, he said tens of thousands of jobs have been created for locals in Africa via Chinese investments. “However, these have mostly been low-skilled,” he added. Citing a 2014 academic survey, he said among the 400 companies that invested in 40 African countries 80% to 97% were low-skilled roles which were occupied by locals.

Hence, even as Chinese investments in Africa created increased trade, foreign direct investment and improvements in the infrastructure sector — while filling a void left by Western investors — Wan Saiful said a backlash against Chinese investments has been felt across the continent, with many local residents accusing the Chinese of stealing jobs.

This led to countries such as Egypt, Kenya and South Africa imposing a strict policy to limit the number of Chinese workers employed. The South African government too now have quotas in place that require foreign firms to hire local employees. Only where there is a skill deficiency can a local labourer be replaced by a foreign counterpart, Wan Saiful said.

There are lessons that can be learnt from both the positive and negative impacts of Chinese investments on local employment created in Africa, he noted.

“If you look at the nature of the [Chinese] investments coming in [to Malaysia], they are all construction work. I am sure they will create new types of jobs later on. It is this vision that the government needs to share with the public to alleviate the concerns. We can easily kill off criticisms if a positive and realistic vision of the future that can be created by all these infrastructure projects are shared with everyone,” he told The Edge Financial Daily via email.

“The Malaysian government, through the various agencies that are involved in handling Chinese investments into our country, is clearly aware of the need to ensure jobs are created for the locals too. Some steps have been taken, for example, the government has announced that 30% of contracts arising from the East Coast Rail Link project will be allocated for local firms. This will also create jobs for locals,” Wan Saiful said.

“[However,] it is not clear how we will ensure that the higher-paying jobs will be available for the locals in the future because construction jobs are not necessarily going to bring people out from the bottom 40% category,” he added.

In studying the labour force in MCKIP, Wan Saiful added there were also challenges with data which make assessing the situation difficult.

“I think the government just needs to be transparent with data and invite all parties to join hands and study the issue together. Data is currently not easily available and you need to know the right people before you can access them.

“Why can’t we have a portal where all data about the investments coming in are disclosed transparently? For example, data on amount of money that have been invested, current types of jobs and their numbers, the number of local and foreign workers at the various layers of occupations, the projection for future jobs, and so on.

“It is very easy to do this and if the government just opens up, I am sure there will be many people who would be happy to help with analysing the data so that we can tweak our policies accordingly,” he said.