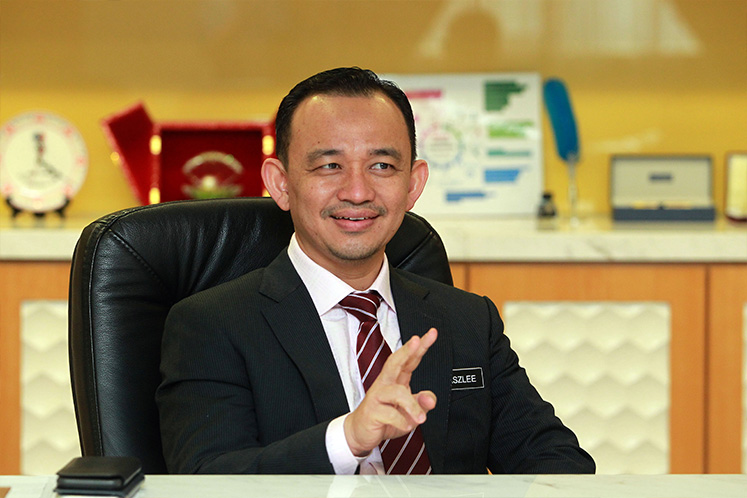 Long before Dr Maszlee Malik was appointed education minister, I would attend his speaking engagements as his thinking on reformist, progressive Islam resonated with me. It made a lot of sense, it was inclusive and compassionate and, most definitely, did not impose any compulsion on any individual.

So, when he was made education minister I was elated. Finally, here was someone with the proper credentials who could put many things right. From the way Pendidikan Islam (PI) is taught in schools to, with the guidance of the prime minister, enhancing the teaching of the English language in a more structured manner while STEM (science, technology, engineering and mathematics) subjects would be given their rightful place.

From the word “go”, it was clear that the theme that Maszlee had decided to adopt was one that was needs-based. But the term needs-based can be narrow or wide, depending on one’s beginnings and thus perspective.

His definition of needs-based was to assist the marginalised, the underprivileged, the students who were physically and mentally challenged, whom principals turned away because they could, the indigenous students and stateless children. He was looking at the heavy workload of teachers, technical and vocational educational training and dilapidated schools. Another issue to be tackled was the neglected special education, where schools lacked classrooms and toilets for the disabled and, worse, had teachers who had never been trained in special education.

So, when a mother of school-going children at a public forum asked the rookie minister to consider allowing students to wear black shoes because it meant less washing and would reduce her household chores, he agreed without hesitation. In his mind, it made practical sense and it would clearly lighten her burden. Ideally, parents should teach their children to wash their own shoes and make it their responsibility to keep them clean, thus instilling discipline. Unfortunately, the public became so fixated on black shoes, it overshadowed his subsequent efforts.

For example, the Zero Reject Policy he implemented meant that schools had to accept every special needs child no matter what their disability or its extent. Imagine the euphoria of parents with special needs children who year in, year out, would be turned away on the first day of school. We who do not have special needs children or have no connection with them may consider this a trivial matter. But to these students and their parents he was a godsend and I hope this legacy will remain. With proper guidance and support, special needs students can be an asset to the country. There are too many of them to ignore and it is the only humane thing to do.

Reforms to the Pakatan Harapan education manifesto are ongoing. But it takes thorough planning and significant time, effort and continuous intervention to ensure success. We all agree that it is almost always the implementation of policies and programmes that is the cause of failure and sub-standard practices. A slow but painstaking process of trimming the fat at the ministry and state education departments is a work in progress. The goal is to achieve a pyramid-like organisational structure to bring more teachers into schools.

The minister was proceeding cautiously to ensure teachers would see meaningful change and willingly want to be a part of it. Maszlee may have been a newbie to politics and perceived as lacking a substantial political base, but the 450,000 teachers behind him cannot be ignored. He may have been the sacrificial lamb for PH’s shortcomings but there could be repercussions. It is my hope that what has been put in place for the marginalised will continue.

It is now time for the important issues to be emphasised and publicised. Parents in national schools want basic religion to be taught, but they also want more hours for science and mathematics, more intensive English language teaching and immersion in Mandarin.

The PI task force has completed its six-month study and its recommendations were presented to the minister. The Education Act 1996 provides for two hours a week for PI and until and unless the act is changed, these will remain. In our past discussions on PI with the minister, he said a radical approach must be taken to teaching it and that there is too much religion on TV. For example, Dubai has criticised us for having too much religion in school and cautioned us about the kind of students we were producing. The UAE’s curriculum contains creativity, innovation and sustainable development goals-related subjects. We cannot force Arabic on students, we need more science and mathematics and less religion, while state governments should align and take ownership of religion.

Maszlee has said, “The ultimate focus should be on the future of our children and the jobs that will present themselves then.”

There must be a balance.  A two-pronged approach  is needed — improving education in the country and access to education for all while simultaneously pushing for educational excellence. Are urbanites impatient for progress? Indeed we are, and we have the right to be. We should not make any apologies for it as it not only means progress for the few but it also elevates the many. We wish Maszlee well and may he continue fighting the good fight.

Datin Noor Azimah Abdul Rahim is the chairman of Parent Action Group for Education Malaysia, which is an educational lobby group that serves as a channel between concerned parents, the Ministry of Education and other educational stakeholders