GOOGLE the name Tan Ban Eu and nothing much shows up, save for a brief profile for a recent speaking engagement and a podcast of an interview to promote his latest venture.

He seems to deliberately keep a low profile in a landscape where being involved in start-ups or being an angel investor seems to be all the rage.

Petaling Jaya-born and bred Tan is an all-round business guy. It is pretty hard to categorise him as he has been an angel investor and a part of the technology start-up and more traditional bricks and mortar space.

It is worth noting that Tan was one of the co-investors of Carlist.my, one of Malaysia’s leading online car listing websites, which made the news when it was acquired by Catcha Media Bhd (now REV Asia Bhd) for RM10 million.

These days, Tan keeps his eye on his main business — RTW Technology Sdn Bhd — which sells security and surveillance systems for property developments. His investments are done mostly with his older brother Ban Keat via a holding company.

Tan also runs his latest venture, Offpeak.my, an online platform that offers diners discounts for eating outside of a restaurant’s typical peak hours.

This is his eighth business venture and he is only 34.

However, do not mistake Tan for your regular serial entrepreneur or venture capitalist. Tan loves the challenge of building, not just the thrill of the big exit.

“I don’t create businesses to exit. I create them because I enjoy the process of building a business. So I don’t do too many at one go and I try to get my hands dirty in the business.

“And when I start a business, I don’t have an intention to sell it. When I was younger, yes lah, but now, no. Businesses that I create are ones that I feel have the potential to be profitable. If I happen to sell along the way, so be it,” he muses.

From the ground up

Over the last decade, Tan has traced the highs and lows of entrepreneurship. On his journey, he became aware that not everything he touched turned to gold. There were hits and misses. But for Tan, that’s part and parcel of the game.

He started his first business at 22 after leaving his first and only job as a technology consultant at KPMG Malaysia. Thinking to put his programming skills to good use, Tan created an online platform for property developers to maintain their own community portals.

The idea was for property developers to update news, share links and communicate with their customers. It was akin to the WordPress and Blogger platforms before these became big.

After a year, Tan managed to get some clients on board but the business did not gain the traction he was looking for — his first business was a failure.

However, his initial connection with developers got him into his next venture — providing them with broadband services.

“I graduated from Australia where the Internet was commonplace. But here, we were just going into Streamyx or still using dial-up. At the time, WiFi was just starting up and I got hold of that technology. It was a very unique key proposition then, you know,” Tan remarks.

He then ambitiously drafted a 20-page proposal to fit out a building with WiFi. Although wireless Internet is ubiquitous now, it wasn’t so 10 years ago and his proposal got ripped apart.

“They looked at my 20-page proposal and looked at me and said, ‘Ban, you think you’re a magician? You think the Internet comes from the sky, is it?’ and threw out my proposal. They said it was ridiculous and that they’d never seen such a thing before,” he recalls, laughing.

Not letting that discourage him, Tan started to approach different developers, offering broadband connections for residential developments. In a way, Tan’s little company — CNX Broadband Sdn Bhd — was taking on the big boys of telecommunications.

Next, Tan switched from serving residences to commercial properties and corporate clients. But the breakthrough came when CNX Broadband, with listed telecoms service provider REDtone International Bhd, applied for and won a coveted WiMAX licence.

Then, REDtone acquired 70% of Tan’s company.

Success didn’t necessarily continue from there. In selling his broadband business, Tan learnt that integration is a difficult thing. “That’s when I realised that selling a company sometimes isn’t that pretty. And being a minority [shareholder] is not a great thing. We used to have control and flexibility and suddenly you lose your identity and there’s somebody above you.

“They said, ‘Look, you’re only 27 years old. We think we would want to put somebody more senior to guide you’ and everything went downhill from there lah. After one year, I sold everything to REDtone,” he says.

Tan ventured into two more businesses that failed — one, a distribution service outlet in Vietnam and the other, a pet supply business in Malaysia. “Maybe because I was just giving money to people to invest lah, letting them run the businesses. I wasn’t really running them full-time.”

But there was no stopping Tan. He moved on to being a minority partner in a company that supplied security and surveillance systems to the government and other clients. It was this move that later allowed Tan to make inroads into his current CCTV business.

Along the way, an old friend pitched the idea for a website for listing cars for sale in Malaysia — an online classifieds of sorts. This eventually became Carlist.my. Tan invested in it along with six others and held a more than 12% stake.

Initially, the investors put in a combined RM500,000 to start the business but eventually pumped in an additional RM1 million. They also received a RM500,000 grant from Cradle Fund Sdn Bhd.

In 2012, REV Asia bought Carlist.my to fulfil its grand plan of listing all the car websites in Indonesia, Thailand and Malaysia under one platform called iCarAsia.com, which is now listed on the Australian Stock Exchange.

“I remember it was like 7.30pm and (my partner) Eugene called me up and said, ‘Eh, Catcha Media offered RM5 million’, which was 2.5 times return on what we had put in — not bad what!

“But I said, ‘Aiyah, we already got grant. Tell Patrick (Grove of Catcha Media)

“So, it was crazy! Okay what, RM10 million, seven times in three years! And we were afraid others with more money than us might start a business like ours, so we decided to cash out lah.” 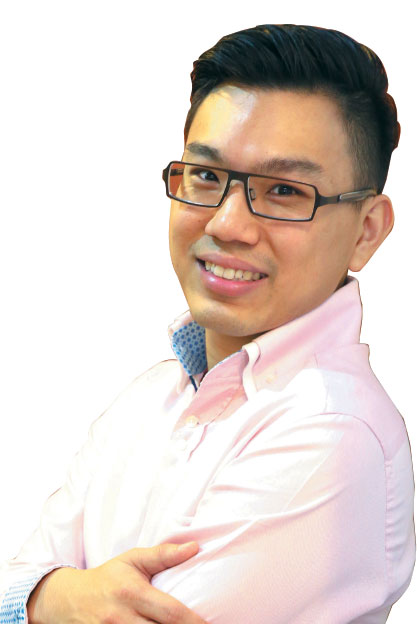 With his experience in eight very different businesses, Tan frequently gets consulted by aspiring entrepreneurs. Their most common question is how to get funding. Next is whether a business idea is sound.

So, how does he decide on what to bet on or venture into?

Tan does not depend on any checklist of requirements or criteria, just gut feeling.

“Gut feeling is a complicated thing. It is a complex mathematical calculation that happens in your head at such a speed that you come up with an answer within five minutes.

Gut feeling may be right or it may be wrong, but it sure seems to have served Tan well.