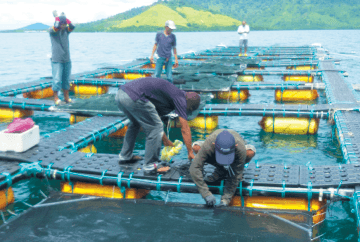 But now a local startup has made it its business to fuse the two, by employing mobile technology to help monitor the operations of a lobster farm in Sabah.

This pilot project is carried out at the RM2 billion Integrated Lobster Aquaculture Park (iLAP) near Semporna, Sabah.

The farm is a joint venture among three parties: A subsidiary of US-based restaurant giant Darden Restaurants Inc (former owners of the Red Lobster chain), Ever Nexus Sustainable Seafood Sdn Bhd and Inno Fisheries Sdn Bhd, the last being a subsidiary of Yayasan Sabah Group.

Tech entrepreneur Hakim Albasrawy was roped into the project when a friend asked him a simple question: “Can you help me monitor my lobsters?”

That got him thinking. There had to be a way to apply tech to aquaculture. In the developing world, the use of mobile technology has been slowly revolutionising farming on all scales.

He just needed to find the right tools and systems to help iLAP monitor its vast operations and keep tabs on productivity.

The main goals were to make aquaculture more efficient, reduce costs and lower its environmental impact. It is hoped that the data collected via the tech solution will also help to minimise disease and ensure optimum water quality at the farms.

What the proposed solution does is to measure and track various processes on the farm, namely feed, water quality and brood stock, using automated data collection sensors.

For starters, Hakim was presented with the challenge to increase efficiency at the 9,300ha aquafarm in Pulau Timbun Mata, which is almost twice the size of Putrajaya.

The challenge that Hakim identified was that monitoring and reporting can be a tedious activity for those running operations at the farm.

“You do the work on a daily basis, and once every three months, you have to consolidate your reports and come up with one big report. This can be a tedious process for anyone,” he explains.

Hakim played around with the idea — what if you can collect data and churn out reports daily?

After all, data is only valuable if it is timely and prompt follow-up action. Hakim was certain that whatever solution he came up with had to be on a mobile platform.

“Mobile technology has become the great equaliser and is the place where you need to start. Mobile phones are becoming ubiquitous and affordable therefore they are making it easier for solutions like this lobster app to exist than ever before,” he says.

How do you monitor and track an almost 10,000ha aquaculture farm using mobile technology? How does it boost efficiency and productivity?

It comes down to the belief that insightful data can drive business processes. If you can measure what is going on a regular basis, you can improve strategic decision-making, explains Hakim.

“We called it micro reporting. It made sense, so we created a prototype of this app that is essentially a series of forms that farmers can use to manually capture what is happening around the farm,” he says.

The data is gathered on a web-based dashboard to provide evidence and inform decisions that can ultimately increase efficiency and productivity.

For example, by keeping track of the frequency and quantity of animal feed, feed ratios can be continually adjusted to avoid expensive waste.

"What if your farmers could check how much was consumed at the last feeding? For lobsters, there are several feedings a day. What if you had a tool that you could use to capture this data and quickly figure out if I should give more or less?”

“Capturing data is really important for the farmer to know what is happening on the farm and helps them to make better decisions.”

Why monitoring is crucial

For a large aquaculture farm, being able to monitor operations is crucial. At full capacity, iLAP is expected to produce 40 million pounds of spiny lobster (Panulirus ornatus)  annually, likely by 2029.

In November last year, it was revealed that the farm had successfully bred large edible lobsters in captivity. The first batch of lobsters is expected to be ready by June 2015.

“The waters have to be pristine to ensure successful breeding. Sabah, with its ideal natural tropical environment, is now the landmark for this historic event,” says president and chief executive of Lobster Aqua Technologies Sdn Bhd Dr Shahridan Faiez. The company manages the park. The global market for lobsters is valued at US$4 billion (RM13.4 billion) annually and Malaysia is keen to capture a slice of this market.

According to news reports, iLAP is projected to generate RM3 billion in annual sales by 2030. The lobsters  farmed at iLAP is said to be intended for the Asian market.

The next step for Hakim’s Happy Soul Express is to build more functionality into the technology so that new farming methods can be invented.

Today, the solution is an app and service that tells you what to do with the data collected. In future, instead of requiring manual input of data, it could evolve into a complete automated data collection sensor system.

“The growth opportunity is immense and will come with rapid innovation. We are building a full suite of [products] and staffing a team to build innovative solutions to very specific problems,” Hakim says.

"We must have a veritable tool box of solutions for farmers of all shapes and sizes and our focus area is aquaculture. This will happen in the next year or two, when the toolbox will be very valuable to farmers.”

Currently, iLAP is the only client using this technology. Hakim is tight-lipped on future developments for now but says something “bigger” will be revealed in mid-year.

Hakim aims to expand the business regionally as well as explore the possibility of applying this technology to terrestrial farming.

According to a report by the Food and Agriculture Organisation of the United Nations, 80% of the global aquaculture business is produced by small-scale farmers.

Aquaculture is the fastest growing food-producing sector in the world. More resources will be used in increasing quantities and more people will be involved in the sector’s production.

The many opportunities and challenges for small-scale aquaculture farmers include a lack of capacity to adapt to and participate in modern market chains, and a lack of access to financial resources.

Hakim says that while there is high demand for aquaculture products in the UK and US markets, there are stringent requirements. Small farmers are generally excluded from these markets because they do not have the ability to make their products traceable or the capacity to meet ethical farming standards.

The technology is currently being sold on a subscription-based basis, which is chargeable based on the number of devices used. He explains that this is to minimise upfront costs.

“Our hypothesis is that cost is a prohibiting factor so we want to make this app accessible to as many small-scale farmers as possible,” he says. 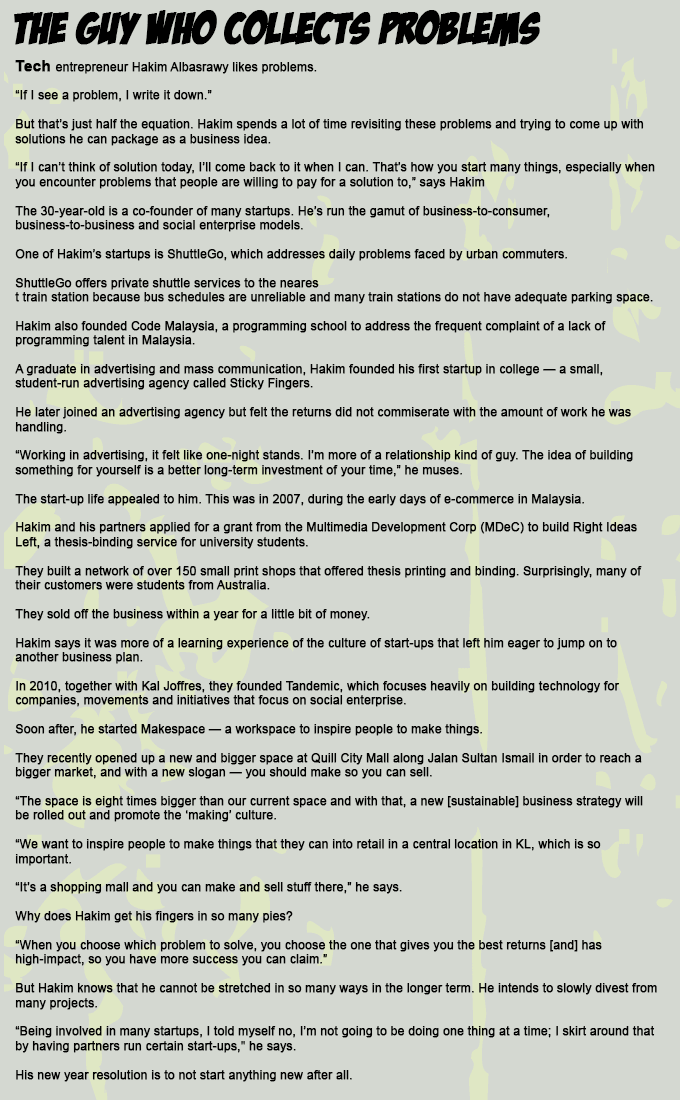