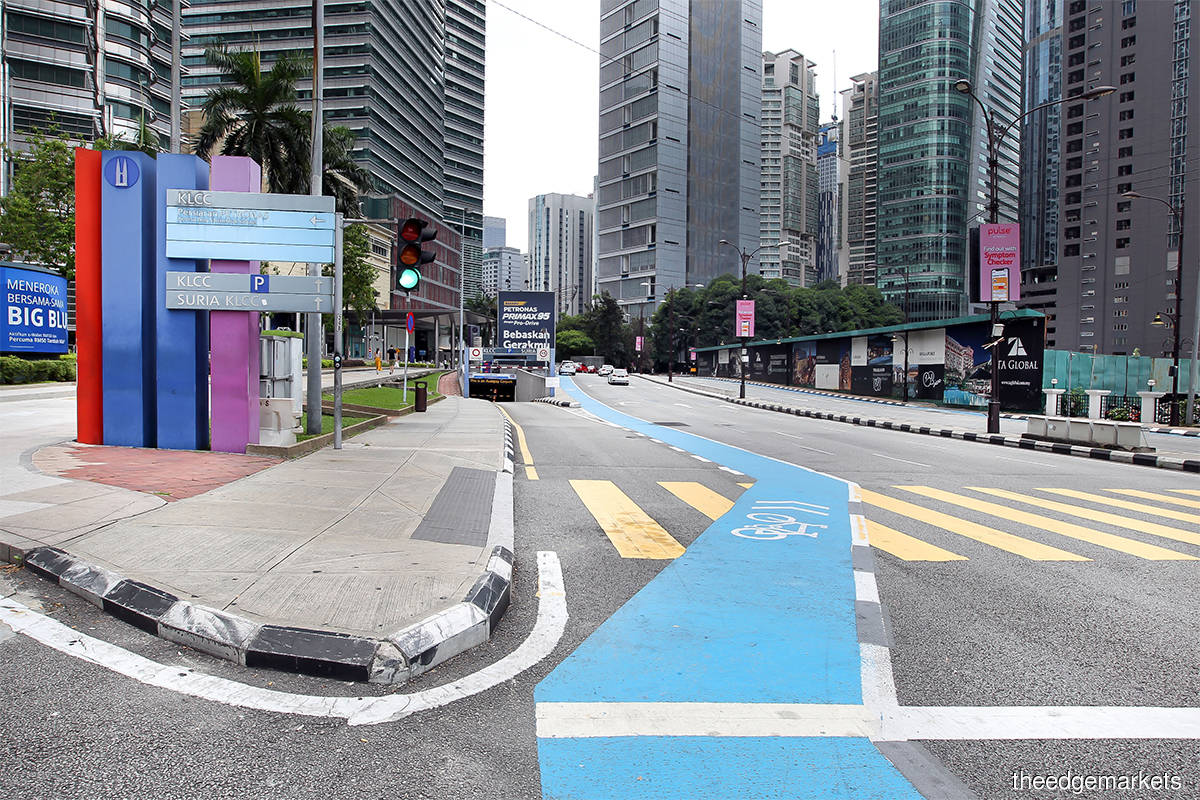 The residential property market in Greater Kuala Lumpur is expected to see minimal price movements amid uncertainties on multiple fronts. Meanwhile, the recovery of the economy and property market will depend on the rollout of Covid-19 vaccines in the country, says Savills Malaysia director of research and consultancy Amy Wong in presenting The Edge/Savills Klang Valley High-Rise Residential Property Monitor for 4Q2020.

“Last year was tough for the property market. The overall residential property market in Greater KL suffered a dip in market activity as the country continues to face a prolonged triple-whammy crisis cocktail, courtesy of the Covid-19 pandemic, the subsequent economic downturn and prolonged political uncertainty,” she says.

Nonetheless, home ownership is still being prioritised by the government, with the focus on the middle 40% (M40) and bottom 40% (B40) income groups through the waivers introduced in Budget 2021 for the property sector, Wong adds. “Property developers will likely continue to strategise towards offering homes in the affordable price range, with lower entry cost being an integral part of the sales package in securing sales targets.”

To recap, the first nine months of last year saw the total residential property transaction volume and value drop 16.4% and 16.9% respectively from the corresponding period in 2019, according to data provided by the National Property Information Centre (Napic).

“Although there was some improvement in residential market activity in the second half of 2020 following the lifting of the Movement Control Order (MCO) in June, an overall downtrend was observed for the year,” says Wong.

According to her, there was increased buying interest, as reflected by the higher number of loan applications for residential property purchases just before the third wave of Covid-19 infections and reimposition of the Conditional MCO in 4Q2020. “Some developers reported improved sales after the first MCO, including higher-end residential projects in the prime areas of KL and Selangor,” she says. Throughout 2020, Wong observed a significant number of property developers with high-rise residential projects in the Klang Valley holding preview or pre-launch events  to garner bookings from potential buyers before the projects were officially launched. “In KL alone, only 13 high-rise residential schemes were officially launched in 2020, compared with 26 in 2019,” she says.

Following a spike in Covid-19 infections across Malaysia at the start of the year and the reimposition of the MCO (MCO 2.0), the country’s economy will likely take some time to recover, and the same goes for the residential property market, says Wong.

She adds that unlike the MCO imposed last year, property sales galleries have remained open during MCO 2.0, complying with all of the standard operating procedures, although fewer physical visits are expected. “We believe virtual platforms will be an important tool for property developers to market their inventories and maintain market presence.” Capital values at these properties moved only marginally quarter on quarter (q-o-q). On a year-on-year (y-o-y) basis, average values dropped 2% to 5%. Similarly, asking prices dropped marginally in 2020 compared with the year before.

In Selangor, selected high-rise residential properties with three bedrooms in Subang Jaya, Bandar Sunway and Petaling Jaya recorded marginally lower sales of 0.4% q-o-q. “The continued pressure owing to the Covid-19 outbreak was also associated with the lower quantum of transactional activity during the quarter in review compared with 3Q2020, which saw the resumption of business activities after the first MCO,” says Wong.

Despite the downtrend, however, asking prices remained competitive and increased q-o-q during the period in review. This led to a positive trend in overall asking prices in Subang Jaya and Bandar Sunway. In the KLCC area, market activity remained generally subdued last year. The secondary market transaction volume of sampled two-bedroom properties slowed tremendously and the number of recorded transactions fell almost 90% from 2019, according to the monitor.

The quarter in review saw the launch of TRX Residences’ second tower, just outside the KLCC area. Tower B consists of 453 residential units, with sizes ranging from 474 to 3,854 sq ft and a gross price of about RM2,050 psf.

In Bangsar, the high-rise residential property market was also slower last year, with secondary market transaction volume of sampled two-bedroom properties falling by half from 2019. “With the lack of sales evidence, the capital values of our selected samplings in 4Q2020 were expected to largely maintain similar levels to those in 3Q2020,” says Wong. In the primary market, Bangsar saw the soft launch of Bangsar Hill Park, a RM3.01 billion high-rise residential project comprising eight blocks with a total of 3,257 units. Block D (Verdura) offers 406 units with sizes ranging from 917 to 1,478 sq ft and a gross price of about RM910 psf.

Mont’Kiara’s high-rise residential market did not fare any better last year. “Between 2019 and 2020, the secondary market transaction volume of the sampled two-bedroom properties fell 70%,” says Wong. In Subang Jaya, the capital values of most of the three-bedroom properties sampled were relatively stable q-o-q owing to limited transactions. The average value increased a marginal 0.2% to RM539 psf from RM538 psf in 3Q2020.

“As we are reviewing the last quarter of 2020, the selected samplings managed to show short-term capital appreciation from 2014 to 2020. Our transaction data reveal that the compound annual growth rate (CAGR) of Subang Parkhomes’ 1,400 sq ft, three-bedroom units have prevailed over that of the smaller 1,000 to 1,200 sq ft units,” says Wong. In Petaling Jaya, the capital values of sampled three-bedroom properties dropped 0.3% q-o-q to RM623 psf from RM625 psf in 3Q2020. According to Wong, a similar trend was expected for the locality’s average asking prices — decreasing 1.7% to RM643 psf from RM653 psf during the period. Based on Savills’ six-year CAGR analysis, capital values of high-rise residential properties in Petaling Jaya depreciated by a smaller amount amid the pandemic compared with high-rise properties sampled in other parts of Selangor. Surian Condominium, for instance, recorded a CAGR of -1.4% to RM665 psf in 2020 from RM725 psf in 2014.

During the quarter in review, MCT Bhd launched Aetas Damansara — a 226-unit luxury condominium along Persiaran Tropicana in Petaling Jaya — as well as 492 units of serviced residences under Phase 1 (Alira) at Metropark Subang.