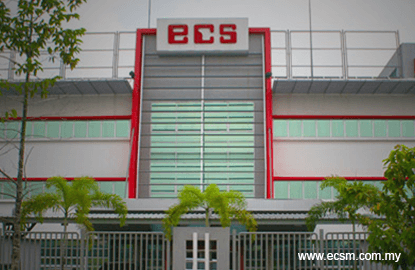 In a statement today, ECS ICT said its wholly-owned subsidiary ECS Astar Sdn Bhd will distribute DJI's Phantom range of drones, namely the Phantom 3 and Phantom 4, and the Osmo (a stabilised handheld 4K camera) across its distribution network of more than 30 touch points across Malaysia including the information technology, lifestyle, consumer electronics chain stores and e-commerce channels.

DJI is the world leader in unmanned aerial vehicle technology and accounts for 70% market share globally, according to a report published by Oppenheimer in February 2016.

A March 2016 report by Goldman Sachs estimates that global spending on drones by the commercial sector would reach US$21 billion over the next five years, said ECS ICT.

Of this, about US$11 billion would be generated by the construction industry, as drones would have the capability to deliver measurement accuracy and faster three-dimensional renderings of properties.

The agriculture market is expected to make up approximately US$6 billion of drone spending, recognising its ability to monitor and identify potential crisis areas.