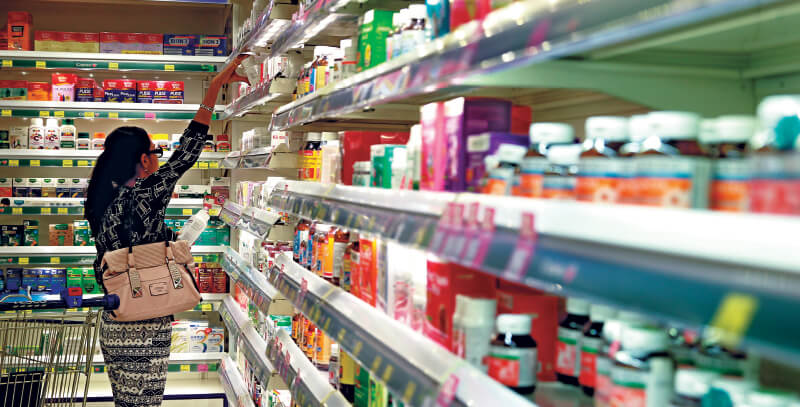 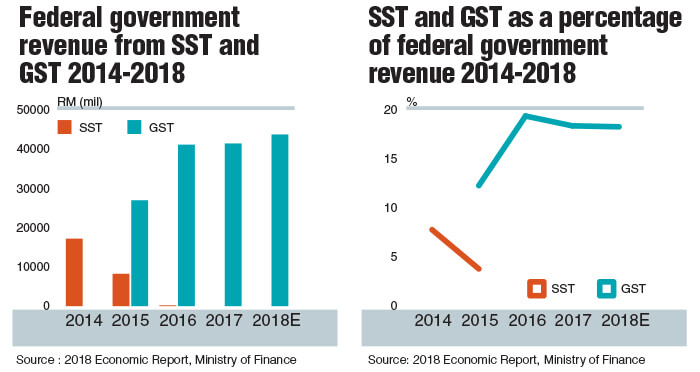 Of the many promises made by Pakatan Harapan (PH) in its manifesto for the upcoming general election, the pledge to abolish the goods and services tax (GST) has the most flak.

Apart from critics from the Barisan Nasional, many economists feel that removing the GST is a bad idea. They see it as an efficient system of taxation and a major source of revenue for the government.

PH had opposed the consumption tax from the outset and also proposed its abolishment in its shadow budget announced last October. Singling out the tax as the main reason for the rise in the price of goods and services, the opposition coalition says it will revert to the sales and services tax (SST) if it comes to power.

Adli Amirullah, economic and business research coordinator at the Institute for Democracy and Economic Affairs (IDEAS), says going back to the SST may not guarantee that the prices of goods and services will come down.

He warns that bringing back the SST may even increase the prices of goods because of double taxation in the tax regime.

Socio-Economic Research Centre (SERC) executive director Lee Heng Guie feels the country should just move on with the GST. What matters most, he feels, is ensuring that the GST revenue is spent responsibly while plugging leakages to ensure fiscal stability.

“The proposed abolishment of GST must be economically sensible in terms of the revenue shortfall to meet high committed operating and development expenditure. This means some reordering of expenditure to keep the overall budget deficit manageable,” he adds.

Malaysia implemented the GST in April 2015 at a flat rate of 6% across the board, with a long list of essential items being exempted or zero-rated.

The government expects to collect RM43.8 billion in GST in 2018, accounting for 18.3% of its entire estimated revenue. In comparison, SST collection in 2014 was only RM17.2 billion, making up 7.8% of that year’s total revenue.

Reverting to the SST would thus mean much lower revenue collection. “It may be enough [for the government], maybe not,” says Adli, adding that the impact of such a move is unclear because “there is no country so far that has succeeded in reverting back to SST from a value-added tax system.”

Lee says the shortfall in revenue from reverting to the SST would have to be supplemented by an increase from other sources, such as higher tax from the petroleum sector and higher dividends from Petronas.

PH, however, is not proposing to raise revenue from other sources. Instead, it wants to reduce or eliminate leakages, wastages and corruption, which it estimates costs the government RM15 billion to RM20 billion a year.

“The question is, are you prepared to deal with corruption and leakages?” asks DAP strategist Liew Chin Tong. “How do you actually spend your money and do you want to get your revenue from consumption tax or income growth?

“We have a situation where the income of Malaysians does not increase, or increases very marginally. The moment you impose GST on a person who earns RM2,500 a month, or a family earning RM4,000 a month, you are sucking away their disposable income,” he says.

The fact that 80% of Malaysian households receive 1Malaysia People’s Aid (BR1M) cash handouts shows that society is largely made up of low-income people who do not meet the threshold to pay income tax, he adds.

Instead of a tax on consumption that is akin to “killing the goose which lays the golden eggs” for the economy, Liew says PH plans to improve the people’s income by reforming the labour market, encouraging innovation and increasing workers’ productivity.

“We have many people who are dependent on domestic consumption. You have small traders and businesses selling consumer products. They all depend on local consumption to sustain their business. When consumption shrinks, everyone gets affected.

“I would love to see a society where income is boosted through the labour market, innovation and productivity. So, let’s say if society eventually has only 10% of people that qualify for BR1M and 90% are paying tax because they have reached the threshold — that is a better society,” says Liew.

Another PH pledge that some economists have questioned is its plan to impose a limit on how long a property developer can hold residential land without developing it. This is to reduce the amount of land accumulated by developers, which the opposition pact says leads to an increase in prices.

The high price of land, especially in the Klang Valley, Penang and southern Johor, is said to be one of the reasons house prices are severely unaffordable in these areas. That is apart from high construction costs stemming from price hikes of construction materials.

However, can a policy to discourage “land hoarding” be successfully implemented? Economists note that it is normal practice for property companies to build up land banks and develop the land gradually to sustain earnings.

Dr Carmelo Ferlito, senior fellow at IDEAS, says forcing developers to dispose of their land is a violation of property rights. Instead, he suggests that incentives be given to them to encourage them to develop the land.

“Any move in such a direction is a violation of the freedom to dispose of their land in the manner the legitimate owners think is more suitable. If we want to limit the holding of land, why not offer fiscal incentives to developers to [develop it] within a certain time?” Such a measure, he adds, would also interfere less with the market mechanism.

Lee of SERC says the easing of regulatory and compliance costs and encouraging the adoption of industrial building systems could help lower the cost of construction, resulting in lower house prices.

The PH election manifesto also promises to reintroduce a fuel subsidy to help those in the bottom 40% income group (B40). The subsidy will be targeted at those who own cars with an engine capacity of 1.3 litres or less, or motorcycles of 125cc or less.

Adli of IDEAS feels that in principle, the targeted subsidy is a good policy to reduce the cost of living for the B40. However, it is not a permanent solution, he says.

Lee asks whether the targeted fuel subsidy will achieve the desired outcome of reducing the burden of the B40. This is because housing and living expenses also contribute to the high cost of living.

To address this, he suggests that more be done to strengthen the social safety net for this group with a view to raising their earning capacity and employability.

This includes developing initiatives and programmes that will enable them to hold steady jobs and earn better income, such as soft skills training, continued learning and specific and job-related skills enhancement. — The Edge Malaysia