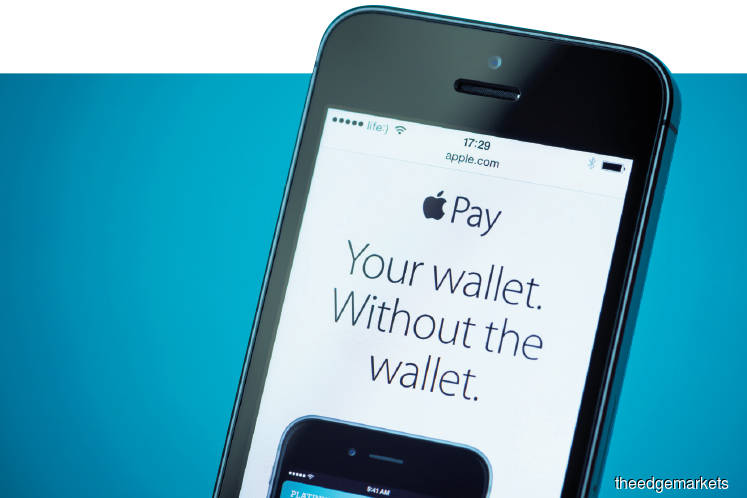 Apple has launched a credit card and fintech services, Instagram has launched online shopping and WhatsApp is testing payments in India - all examples of neobanking

If you think that is funny, think again. In the near future, you may not be able to distinguish between your bank and your tech company.

Your traditional bank is trying hard to become a digital bank by digitising its operations, offering products online and on mobile platforms, and bringing banking services to you 24/7. Meanwhile, a slew of tech-native companies, which have never been in the banking space before, are suddenly popping up and offering you loans, interest on savings and other services that compete with traditional banks.

Which would you choose? The traditional banks that are digitising — and calling themselves digital banks — or the new banks that have no physical presence and are called “neobanks”?

In 2017, as financial technology (fintech) firms started sprouting, so did a few neobanks. Some applied for their own banking licence while others tied up with traditional banks to offer neobanking services.

“In consumer banking, you have what is one of the largest industries in the US in terms of profit and at the same time, one of the least disrupted industries and the most unpopular with consumers. Those three things create a perfect storm for disruption,” The New York Times quoted Andrei Cherny, founder of Aspiration, a neobank that has attracted nearly a million customers, as saying.

The moot point? Banks are rapidly adopting technology as a competitive advantage. “Record-keeping and ledgering, transaction tracking, identity and predictive modelling are all fundamental concepts in banking and software engineering. It makes sense that many US high-tech, digital-first companies are turning their eyes to banking, just as their East Asian counterparts have done over the last decade,” says McKinsey & Co.

For example, Apple’s recent launch of a credit card may herald a new phase neobanking and fintech services. Instagram has launched online shopping and WhatsApp is testing payments in India. Both Instagram and WhatsApp are owned by Facebook, which is making its foray into financial services. Google Pay is launching in India as well as conducting experiments in Southeast Asia.

Meanwhile, other new “disrupters” have popped up and are grabbing sizeable chunks of the neo pie. In the US, Chime has opened two million zero-fee online savings accounts and is adding more customers every month. Empower launched its zero-fee online service with digital freebees thrown in.

These are in addition to the ubiquitous giants: Google offers payments, Apple invests its cash in company securities, Amazon.com lends money and offers account balances in-store and Alibaba Group manages customer funds like an asset manager.

“Neobanks frequently start with a blank sheet and build a retail banking experience from there. Aspiration, Chime and Varo all operate in the US. There are reports that UK-based Monzo and Revolut and Germany-based N26 are actively seeking to come to the US. Some are layering lending on their platform while others plan to continue focusing on debit accounts. The success of these models is a sign that customers are responding to elegant design and customer experiences,” says McKinsey associate partner Zac Townsend.

There is another distinction showing up in the financial arena — between fintech and techfin. The difference? Jack Ma put it succinctly last year, “There are two big opportunities in the future financial industry: One is online banking, where all the financial institutions go online; the other is internet finance, which is led by outsiders.”

Any examples? “Fintech refers to non-traditional financial offerings such as PayPal, Zelle and Venmo in the US and digital-only Starling Bank, Monzo and Revolut in the UK,” says a Forbes report.

“Techfin refers to a tech firm that finds a better way to deliver financial products as part of a broader service offering. Examples of techfin firms are Google, Amazon, Facebook and Apple in the US and Baidu, Alibaba and Tencent in China.”

Is Malaysia ready for, or open to, neobanking? Bank Negara Malaysia is looking at attracting virtual banks to this country and may be ready to announce licensing rules by the year-end. For a start, the central bank will host MyFintech Week Malaysia from June 17 to 21 to discuss the convergence of finance and tech. It is apt that MyFintech Week will be held in conjunction with Malaysia Tech Week, organised by Malaysia Digital Economy Corporation.

Just in time. Data compiled by the central bank states that online payments for goods and services jumped to 44 per capita in 2010 from 22 in 2005 while internet banking grew 6.3% over the same period. The goal is to get online payments to rise to 200 per capita by 2020 — in line with other developed nations.

How can that happen? By adopting “open banking” principles. Open banking is a concept that has been around for the last few years and allows third-party software developers (such as tech firms) to build apps and services — such as paperless cheque deposits, personal financial advisers and chatbots — for a specific financial institution.

In September last year, International Data Corp (IDC) hosted its annual financial innovation summit in Kuala Lumpur. It noted that while concepts of “openness in banking” had been discussed for several years, it had only been on the mainstream agenda in the last 18 months for Asean banks.

“About 27% of IT spending to be made by financial services institutions will be entirely new-to-enterprise, which will be to enable capabilities and value propositions never previously explored. The idea of openness has also extended beyond the traditional purview of product or service delivery and technology acquisition. It now includes collaborative development, white-labelling and IP-sharing. This will ultimately redefine the role of financial services institutions in a collaborative future,” says Sui Jon Ho, research manager at IDC Financial Insights.

In 2017, IDC unveiled a list of the 10 fastest-growing fintech firms in Malaysia. In alphabetical order, they were AppPay, iMoney, Jirnexu, Katsana, Mobiversa, MOLPay, MyCash Online, Neuroware, Soft Space and Tranglo.

“In Malaysia, the disruption is visible mostly in payments, followed by lending, wealth management, marketplace and crowdfunding,” Michael Araneta, associate vice-president of IDC Financial Insights, said at the time.

Asia seems to be ahead of the neobanking curve, led by China. Outside of China, Hong Kong was the first to announce a virtual banking licence. On April 10, the Hong Kong Monetary Authority (HKMA) granted a vBanking licence to Welab Digital.

Another banking licence was previously awarded to Neat, which chose to pick up the money-lending licence instead. Why? Because the minimum capital requirement was a steep HK$300 million (RM160 million). This compares with the €5 million (RM23 million) in minimum capital for a licence for neobanks to operate in the UK, says Neat founder David Rosa.

Airwallex, a vBank backed by Tencent, also said HKMA’s vBank licence requirement was too steep. Meanwhile, other central banks in Asia-Pacific are mulling how to balance the equation to encourage neobanks and virtual banks, but not antagonise the traditional banks.

What is the future of banking, then? By 2030, up to 80% of heritage financial services firms will either go out of business, become commoditised or exist only formally but not competing effectively, warns Gartner Inc. These firms will struggle for relevance as global digital platforms, fintech firms and other non-traditional players gain greater market share, using tech to change the economic and business models of the industry.

David Furlonger, vice-president and distinguished analyst at Gartner, says banks face a growing risk of failure if they continue to maintain 20th century business and operating models. “Digital transformation is largely a myth as institutional mindsets, processes and structures stand firm. Established financial service providers will have to move faster on digital business by building digital platforms or finding niche products and services to sell on others’ platforms.”

A looming issue? Emerging technologies, such as blockchain, offer transformational opportunities by creating trust between parties that do not know each other, without intermediary relationships that incumbent financial firms cultivate. Equally, peer-to-peer consensus algorithms can directly match borrowers to those with money, without requiring a bank to mediate.

“The biggest mistake financial services chief investment officers make is putting too much focus on tech. They should push their organisations for a more coherent response to digital business. It is important to set the digital vision and destination first, then think about how to lead an organisation there,” says Gartner vice-president Pete Redshaw.

Two key future trends that will merge banking and tech? Banking as a service (BaaS) and software as a service (SaaS). BaaS is a developer platform designed to empower fintech firms to access payments systems and store money.

“Some banks are turning this idea into a product. Several US banks are enabling digital and neobanks, gaining access to inexpensive deposits and a rich source of fee income in the process,” says McKinsey.

What about SaaS? That is ideal for cutting down a bank’s costs to an extent. “A new wave of fintech firms are building infrastructure for banks and selling their SaaS to reduce the cost and improve the quality of certain critical functions. Such fintech firms include Numerated, Blend, Roostify and Finvoice for lending, Droit and Alloy for compliance and RiskSpan for data management, among others,” says McKinsey.

All that is heavy stuff to digest. So, let’s lighten up a bit. Since we started this column with a banking joke, here is a short one to end it: If you think nobody cares whether you are alive, try missing a couple of payments.