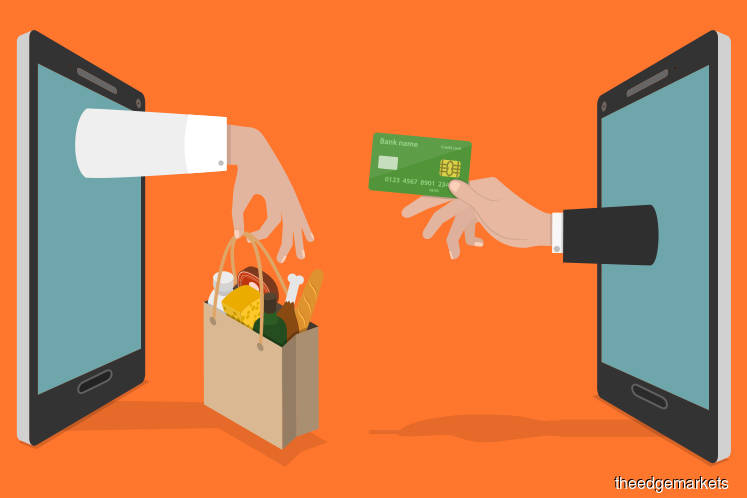 Here is a modern corporate fable. A bunch of millennial entrepreneurs launch a company and sign a contract to buy a dozen mobile phones from their telecoms service provider. The telco ships them a fax machine as a complimentary gift. The millennials open the carton and stare at the machine. One of them pokes it with a stick to see if it moves.

What constitutes digital trade? While there is no single recognised definition, there is a growing consensus that it encompasses digitally enabled transactions of trade in goods and services that can be digitally or physically delivered to consumers, firms and governments, notes the Organisation for Economic Cooperation and Development (OECD).

The paradox? Despite the cross-border consumer e-commerce market being projected to reach US$1 trillion this year, many rules governing digital trade date back to 1998, when only one in 32 people had access to the internet.

“Up to 76 members of the World Trade Organisation — which collectively account for 90% of global trade — are discussing updating the common rules governing digital trade. While their focus is on e-commerce, they will also discuss data flows and data-enabled goods and services,” says the World Economic Forum (WEF).

Trade has come a long way. Just 15 years ago, digital trade was non-existent. But now, it exerts a huge impact on GDP growth. Over the last decade, digital global flows have raised the world’s GDP by at least 10%.

“All types of flows acting together have raised the world’s GDP by 10.1% over what would have resulted in a world without any cross-border flows. This value amounted to some US$7.8 trillion in 2014 alone, and data flows accounted for US$2.8 trillion of this. Both inflows and outflows matter for growth as they expose various economies to ideas, research, technologies, talent and best practices worldwide,” says management consulting firm McKinsey and Co.

The factors that boost digital — and digital trade — are ABCD: access, bandwidth, cloud computing and data. The amount of cross-border bandwidth that is used has grown 45 times larger since 2005, and is set to jump another 900% over the next five years as flows of information, searches, communication, video, transactions and intra-company traffic continue to surge. In addition to transmitting valuable streams of data and ideas in their own right, data flows enable the movement of goods, services, finance and people.

Every type of cross-border transaction now has a digital component. The heart of the digital economy is data, or the flow of information across businesses and governments, crossing national boundaries, wholly, securely and quickly. Each of those factors matter — wholly, without missing data packets along the way; securely, without getting hacked or altered in any manner along the way; and quickly, because latency compromises efficacy.

Malaysia and Singapore were the first two countries in Southeast Asia to introduce legislation to tax digital trade in goods and services, both of which started on Jan 1, 2020. Malaysia defines “digital service” as one that is delivered or subscribed over the internet or other electronic networks, where the delivery of the service is automated and uses IT across all touchpoints.

Malaysia was also the first country in Southeast Asia to launch the Digital Free Trade Zone (DFTZ) in November 2017 — an initiative between Alibaba Group Holding Ltd, Malaysia Digital Economy Corporation and Malaysia-based Fusionex, which powers the DFTZ eServices Platform. The aim? To get digital trade to contribute up to RM211 billion by end-2020. Fusionex implemented the electronic Trade Facilitation Platform (eTFP) to boost digitalisation of trade documentation and processing.

Singapore defines digital services as those that are supplied over the internet or an electronic network that require minimal or no human intervention, and is impossible without the use of IT. More than 100 overseas digital service providers (DSPs) had registered for the Goods and Services Tax (GST) under Singapore’s overseas vendor registration (OVR) scheme as at December last year.

“Under the OVR regime, overseas DSPs with a global annual turnover of S$1 million (RM3.02 million) or more that sell more than S$100,000 worth of digital services to customers in Singapore in a 12-month period must register for GST and charge GST,” according to the guidelines of the Inland Revenue Authority of Singapore. The applicable tax rate is 7%.

Taxing digital goods and services is becoming the new normal with a slew of countries doing so. Why? The reasoning is that global tech giants pay very little taxes. Based on the European Commission’s estimates, internet companies typically face a company tax rate of 8% or 9%. Traditional businesses, meanwhile, are taxed about 23%.

The digital tax war escalated when France decided to levy a tax of 3% on companies with at least €750 million in global revenue and digital sales of €25 million in the country. Of about 30 businesses affected, most are American, but the list also includes Chinese, German, British and even French firms.

“The idea is to focus taxation where users of online services are located, rather than on where companies base their European headquarters or book their earnings. Targeting revenue rather than profit gets around techniques many companies use to shift their earnings to lower-tax jurisdictions,” reports The Washington Post.

France is not alone in the European Union. Italy’s digital tax started on Jan 1, 2020. Turkey has proposed a digital tax of 7.5%. The UK wants to impose a 2% levy on the revenues of search engines, social media platforms and online marketplaces that “derive value from UK users”. Austria, Spain and Belgium are also mulling digital levies.

But Asia has upped the ante. Australia currently levies 10% GST on sales of low-value goods to its consumers by non-resident e-commerce companies. The registration turnover threshold is A$75,000 (RM209,657). Japan has been charging 8% “consumption tax” on digital business owners since October 2015. Foreign companies need to register and designate a tax agent for themselves in Japan.

India has an 18% GST for all digital products under its Online Information Database Access & Retrieval (OIDAR) services umbrella. New Zealand has been charging 15% GST on sales of NZ$60,000 or more across a 12-month period since October 2016.

Data and digital platforms have levelled the playing field for all companies. Trade was once largely confined to advanced economies and large multinational corporations (MNCs). Today, a digital form of globalisation has opened the door to developing countries, small and medium enterprises (SMEs) and start-ups, and to individual consumers.

“Tens of millions of SMEs have turned themselves into exporters by joining e-commerce marketplaces such as Alibaba, Amazon, eBay, Flipkart and Rakuten. About 12% of the global goods trade is conducted via e-commerce,” notes a McKinsey study.

At the centre is data. New technologies have given rise to digitally-enabled services supported by technologies such as cloud computing and blockchain. However, in the world of digitalisation, old trade issues may have new consequences such as the impact of border procedures on parcel trade or restrictions on tradeable services.

“New issues for trade policy are emerging such as differing regulations among nations in relation to data flows. Further understanding of the nature and extent of these changes is needed to help policymakers create an environment that nurtures innovation and promotes digital trade in goods and services,” reports the OECD study.

The bottom line: How digital should trade become? The short answer is as digital as it can seamlessly be. That is because a fully-powered digital platform can remove the need for paper documents, helping save the environment and increase efficacy, speed and quality of transactions and documentation.

The flip side: threat of malware, hackers and cybersecurity. Piracy may compromise privacy and scammers may threaten shipping. The World Trade Organisation, WEF, OECD and Interpol need to come together to keep digital trade safe from the devils.