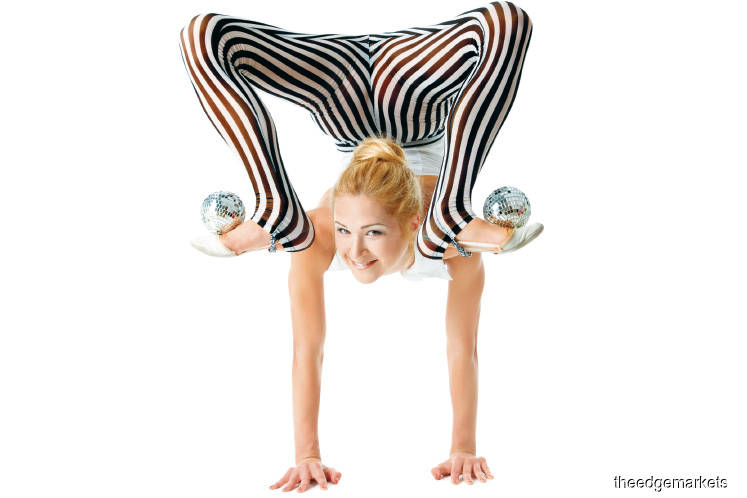 Agile is the new buzzword in the corporate world. It implies speed, swiftness or the ability to change track nimbly and quickly. Thus, it is the very opposite of stability and steadfastness, right?

Wrong, says management consulting firm McKinsey & Co. Enterprise agility is the ability to be both dynamic and stable. A good example of agility is the smartphone. Its hardware and operating system form a stable foundation while a dynamic application layer builds in “white spaces” for new apps to be added, updated, modified or deleted as requirements change and new capabilities develop.

“In the same way, agile companies design their organisations with a backbone of stable elements. These agile companies also have more dynamic capabilities in the form of organisational ‘apps’ to plug and play as new opportunities arise or unexpected challenges threaten to destabilise formerly protected profit streams,” says McKinsey.

It is both a business as well as a culture change and is akin to a cultural revolution in the corporate world, according to a study on digital leadership in Asia-Pacific conducted by Korn-Ferry Institute. “It is not just about changing the business model. This is culture change on a grand scale,” says Michael Distefano, chief operating officer for Asia-Pacific at Korn Ferry.

“It means radically changing structures and mobilising people to embed the ability to continuously adapt into the DNA of the business. We call this becoming digitally sustainable.”

But then, haven’t companies survived hundreds of years without worrying about agility? Not quite. Take the iconic Ford Motor Company. In 1910, Ford was one of many small automobile manufacturers. A decade later, it had a 60% share of the new automobile market globally. Ford reduced assembly time per vehicle from 12 hours to 90 minutes, and the price of a car from US$850 to US$300, while paying employees competitive rates.

Would Ford be considered agile? No. “For decades, organisations that embraced this machine model and the principles of scientific management dominated their markets, outperformed other organisations and drew the best talent. 1911 to 2011 was the century of management, not agility,” says McKinsey.

Enterprise agility is the effect — and sometimes the cause — of digital transformation (DX). The old principles of hierarchical management, with its top-down decision-making structure, is obsolete, especially for digital enterprises. The rules of the game have changed. New paradigms of agility, rapid change, faster development and tolerance of failure are taking root. That in essence is DX.

Companies are set to spend a whopping US$1.97 trillion on DX by 2022, which is a compound annual growth rate (CAGR) of 16.7% from 2017 to 2022, reports International Data Corp (IDC). “By 2020, 30% of the global 2,000 companies will have allocated capital budget equal to at least 10% of revenue to fuel their digital strategies. This shift towards capital funding is important as businesses come to recognise DX as a long-term investment,” says Shawn Fitzgerald, research director of DX strategies at IDC.

Are Malaysian companies agile? They are getting there. In a recent poll of 50 Malaysia-based chief information officers (CIOs) and chief technology officers (CTOs), agility was ranked No 1, ahead of data analytics, cloud computing and cybersecurity. The poll was conducted by the CIO Academy Asia (CIOAA) and forms the “ACID (agility, cyber-resilience, innovation and design, and data analytics) test for technology leaders to transform their enterprises”.

“While technology and processes are important, the key to agility is people. And the buck stops at the very top of the organisation,” Ramakrishna Purushotaman, CEO of CIOAA, told 100 CIOs and CTOs at the GameChangers Forum in Kuala Lumpur last month.

“The role of leaders in boosting an agile mindset is therefore pivotal. For example, two Asian companies made it to the top spots in Fast Company’s global innovation rankings. In first place was China-based app developer Meituan Dianping. In second was Grab, the brainchild of Anthony Tan, the youngest of three brothers of the Tan Chong Group, the distributors of Nissan cars in Malaysia.”

Enterprise agility is about market relevance, innovation and confidence, not hierarchy or control. That is especially true of Malaysia. “Malaysian leaders should build on their innate confidence to expand their leadership capacity,” the Korn-Ferry study reports.

“Currently, their strong preference for structure suggests that the confidence of Malaysian leaders is restricted to operating in process-driven environments with a high degree of certainty. Leaders will need to find ways to unlock their confidence in more ambiguous situations to enable them to become more adaptable, curious and take more risks in the face of uncertainty.”

Just changing the business model is not enough. “In the new world, it is not the big fish that eats the small fish; it is the fast fish that eats the slow fish,” says Dr Dzaharudin Mansor, national technology officer at Microsoft Malaysia. “This is an era of game changers, in which companies need to transform into agile organisations that continue to fund disruptive innovation — called moonshots — for the next phase of exponential business growth.”

By 2022, more than 21% of Malaysia’s GDP will come from digitally empowered offerings, operations and services compared with 18% now, says IDC. This will drive US$82 billion in IT spend from 2019 to 2022.

“There is a RM5 billion budget earmarked to drive Industry 4.0, but the funds have not been disbursed yet. The money needs to be spent on technology to see growth,” Baseer Siddiqui, IDC senior research manager for Asean, told a news conference in January.

The underlying worry in becoming digital-ready? Cybersecurity, or lack of it. A cyberattack could cost a large enterprise in Malaysia up to US$22.8 million — more than 630 times the average loss for a mid-sized firm. That figure comes from research conducted by Frost & Sullivan and sponsored by Microsoft. The potential economic loss in Malaysia due to cybersecurity incidents could hit a staggering US$12.2 billion, or more than 4% of Malaysia’s GDP of US$296 billion, the study notes.

Technology champions in Malaysia voted cloud computing as the biggest game changer after agility in the CIOAA survey. “While migrating apps to a cloud-computing environment can itself be a sign of agility and elasticity, using the cloud to compete or get into new markets is the new test of agility. However, the three areas of concern are cybersecurity, the lack of governance and compliance guidelines from regulatory bodies and the lack of capabilities to migrate legacy applications to a cloud-computing environment,” says Koh Kok Tian, deputy CEO of CIOAA.

One of the biggest game changers is the use of the cloud as a business platform. “Cloud computing has levelled the playing field for small and medium enterprises and start-ups to collaborate across geographical distances and for data-mining. Cloud computing can help in acquiring and processing quality data to generate valuable new insights and enhance design thinking,” says Dr Kevyn Yong, associate dean of executive education at France-headquartered Essec Business School.

Companies in Asia-Pacific are jumping on the e-commerce bandwagon, many without a clear strategy or any design thinking. This could have unintended consequences, according to a global study by SAP AG.

“Compared with their global peers, consumers in Asia-Pacific are the most demanding when it comes to purchasing goods or services online, with 52% discarding their shopping cart sometimes or all of the time, ahead of the Americas (46%) and Europe (43%),” says Jennifer Arnold, vice-president of customer experience for Asia-Pacific at SAP.

Why? “Because they treat their cart as a visual display board to compare prices. And also because there are no discounts or promotion codes,” she says.

“This is slightly higher than the global average. Discounts or promotions seem to be the highest motivators for consumers in this region to complete their online purchases, followed by timely responses to queries about the items.”

The boom in e-commerce is evident in every country. By 2021, global online retail sales are set to reach US$4.88 trillion — up from US$2.3 trillion in 2017 — growing at an annual clip of 16.3%, according to research house Satistica. Asia is the hottest playground. For instance, as far back as 2016, China had 42% share of the e-commerce market globally, double that of the US.

If agility is the key to DX, where does the DX journey begin in an organisation? At the very top, at the board level, says McKinsey. But that is also the most vulnerable place as most board members worldwide are not quite digitally savvy or even ready, given their average age and backgrounds. It quoted a Russell Reynolds survey that reported only 4% of global 500 companies truly have a board that is digitally ready, even fewer in Asia-Pacific and under 25% in the US alone. So, there is still a long way to go.

“To make a digital transformation happen, you need complete alignment — from the board to the executive team and throughout the whole organisation. Without that ‘air cover’ from the board and from shareholders who understand the change that you are taking the organisation through, it is very hard to do it successfully,” writes James Bilefield, a serial digital entrepreneur and a senior adviser to McKinsey.

Back to the core question: How agile is your organisation? The answer may be embedded in more questions such as: How agile do you want to be? How agile is the market in which you operate? What will the consequences be if you do not embrace agility or digital transformation? Your answers will determine whether your business can flourish in the long run, with or without agility, or the need to embrace DX.