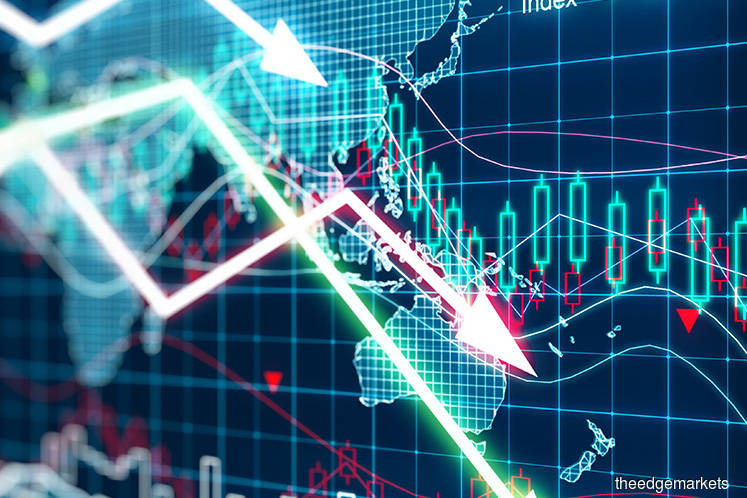 If Asean were a country, its combined gross domestic product of US$2.8 trillion would make it the fifth largest economy in the world, after the US, China, Japan and Germany.

The road map to a digital Asean was at the top of agenda at the 33rd Asean Summit that concluded in Singapore in November last year. According to a recently released report by Google and Singapore’s Temasek Holdings, the region’s internet economy is expected to reach US$240 billion by 2025 — larger and sooner than projected.

“It is hard to keep up with Southeast Asia’s internet economy because it keeps blowing expectations out of the water. Our research in 2016 and 2017 foresaw a US$200 billion internet economy in the region by 2025. The region is taking much less time to get there than earlier expected. With eight years left to go, Southeast Asia is already more than a third of the way to the target,” say the authors of the report.

The study mapped the six largest markets in Asean: Indonesia, Malaysia, the Philippines, Singapore, Thailand and Vietnam. “The region’s tech companies have already raised 50% of the US$40 billion to US$50 billion in funds we expected them to attract,” says the report.

Asean sits at the crossroads of many global flows. Singapore is currently ranked No 4 on the McKinsey Global Institute Connectedness Index, which tracks the inflow and outflow of goods, services, finance and people as well as the underlying flows of data and communication that enable all types of cross-border exchanges. Malaysia (No 18) and Thailand (No 36) feature among the top 50 most connected countries.

“Asean is well positioned to benefit from growth in all these global flows. By 2025, more than 50% of the world’s consuming class will live within a five-hour flight of Myanmar,” says McKinsey.

The moot question? What is the prognosis for the next seven years? Which technologies and issues are going to define Asean’s progress going forward? My answer: there are 10 key trends to keep in view — from A to J.

Artificial intelligence (AI) is a buzzword today. It is about getting computers to perform tasks or processes that would be considered intelligent if done by humans. An autonomous car, for example, is not just making suggestions to the human driver — it is the one doing the driving.

Big data refers to making sense of the huge amounts of data, both structured (in databases) and unstructured (in photographs, email and social media). Malaysia’s market for big data software solutions alone is set to top RM595 million by 2021, up 10.9% from RM433.7 million in 2016 — a CAGR of 8.8%.

Cloud adoption in Asean is still slow, but it has huge potential to grow, especially if small and medium enterprises (SMEs) jump at this opportunity. That is one reason the market for cloud-related services is set to grow at 24% a year for the next five years. “The pace of change in Malaysia is a tad slow because of the inherent preference for traditional and on-premises IT architecture and services sourcing models,” says Sherrel Roche, senior market analyst at IDC Asia-Pacific.

Digital transformation (DX) is about using digital technologies to change processes, products and services. By 2021, DX will add an estimated US$10 billion to Malaysia’s GDP and increase the growth rate by 0.6% on an annual basis.

“Malaysia is clearly on the digital transformation fast-track. Within the next four years, we expect to see about 45% of Malaysia’s GDP derived from digital products and services. Organisations in Asia-Pacific are also deploying emerging technologies such as AI as part of their DX initiatives. That will accelerate growth even further,” according to a report by Microsoft Corp done in partnership with IDC Asia-Pacific.

Cybersecurity is a dynamic game, which the hacker and the hacked, the attacker and the attacked, play 24/7. It is a stealth game played in the shadows, sometimes using tools that turn employee against employer, without the employee even knowing about it, like a developing cancer.

Vigilance and tools, such as analytics and AI and big data and BI (business intelligence), must be used to mitigate risks, halt hackers, alert the authorities and keep cyberterrorists out. The fear is that Asean-based enterprises may focus more on getting robust growth and revenue, rather than on ensuring data security.

Gartner forecasts that 8.4 billion connected “things” will be in use worldwide, up 31% from 2017, and will reach 20.4 billion by 2020. Total spend on endpoints and services will touch US$2 trillion this year.

Factory automation using the Internet of Things (IoT) has great potential and can transform the industrial face of a country. It can also be a great competitive advantage. This is especially true for Malaysia.

Manufacturing accounted for 81.5% of the country’s exports last year, according to the Malaysia External Trade Development Corp. The manufacturing sector directly employs 1.03 million people, out of a total labour force of 14.65 million.

There were more than 350 million internet users across Indonesia, Malaysia, Singapore, Thailand, Vietnam and the Philippines as at June last year — 90 million more than in 2015. More than 90% of them connect to the internet through their smartphones.

Internet users in Asean are the most engaged in the world. For example, users in Thailand spend almost five hours a day on mobile internet, the highest in the world, says a report by Hootsuite. Users in Indonesia, Malaysia and the Philippines spend about four hours a day on the internet.

By comparison, internet users in the UK and the US spend just over two hours a day on mobile internet. Users in France, Germany and Japan spend 1½ hours per day.

There should be a strong push to let people and businesses in Asean access government services online.

Overall, the 10 Asean countries have a mobile phone penetration rate of 110%, with countries such as Singapore and Malaysia at 140%. “Asean member states make up the world’s second largest community of Facebook users, behind only the US. But there are vast differences in adoption,” says a McKinsey report.

“Hyper-connected Singapore has the fourth highest smartphone penetration in the world and almost 75% of its population is online. By contrast, only 1% of Myanmar has access to the internet.

“Indonesia, with the world’s fourth largest population, is rapidly becoming a digital nation. It already has 282 million mobile subscriptions and will have more than 100 million internet users.”

A smart Asean starts with the smartphone.

Lack of infrastructure services — high-speed internet connectivity, access to healthcare and other critical services and adequate physical infrastructure such as roads, electricity and drinking water — may make a huge difference in growth rates across countries in Asean. Malaysia, for example, plans to boost infrastructure spending in the next few years, especially in transport, logistics, digital connectivity and utilities.

“Malaysia has always been a trade and investment-friendly country, known for its ease of doing business. It looks to be on a steady growth path over the next 20 years — although we can expect some short-term ups and downs as a mature emerging economy. The introduction of sustainable economic reforms, a focus on technology and education and efforts to address the wage gap will help support the country’s growth,” says a PwC study.

Labour force expansion and productivity improvements drive GDP growth. And Asean has made impressive strides in both. “Home to more than 600 million people, it has a larger population than the EU or North America. Asean has the third largest labour force in the world, behind China and India. Its youthful population is producing a demographic dividend. Perhaps most important, almost 60% of the total growth since 1990 has come from productivity gains as sectors such as manufacturing, retail, telecommunications and transport grow more efficient,” says a McKinsey report released earlier last year.

The bottom line: Can Asean individually and collectively address these issues with understanding, maturity and transparency? That is a US$200 billion question (the projected value of the region’s digital economy by 2025). Asean should ride the digital revolution to adopt common standards and interoperability across its member states.

“Many countries are going to introduce digital systems. It could be e-cash, government services or data rules. The more we can harmonise and bring them in line with one another, the more we can operate across borders and have a more integrated economy,” said Singapore Prime Minister Lee Hsien Loong at the closing of the Asean Summit as he handed the chair to Thailand Prime Minister Prayut Chan-o-cha.