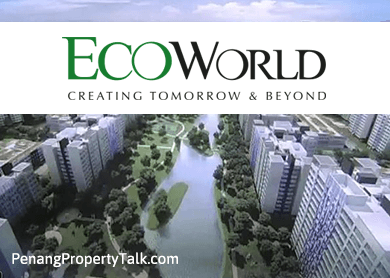 KUALA LUMPUR: Eco World Development Group Bhd is strengthening its hold up north with the proposed development of the Eco Marina development on Batu Kawan island in Seberang Perai in mainland Penang.

Yesterday, Eco World (fundamental: 0.5; valuation: 0) confirmed it has received a letter of award (LoA) from the Penang Development Corp (PDC) for the proposed development.

This will be the group’s third and largest tract of land to be developed up north, on 470 acres (190.2ha) of land at Bandar Cassia, Batu Kawan in Seberang Perai Selatan.

The other two are EcoTerraces and EcoMeadows located on the island and Seberang Prai respectively.

The EcoTerraces in Paya Terubong, with a gross development value (GDV) of RM340 million, comprises luxury landed homes, condominium units, and a private residents’ club, and is sited on 13 acres of land located about five minutes from Air Itam town in the northeast district.

EcoMeadows, with a GDV of RM920 million, is a mixed development on 60 acres of land in Bukit Tambun near Batu Kawan island.

According to the filing with Bursa Malaysia yesterday, Eco World will acquire 299.64 acres under a 99-year lease for the development of residential and commercial properties, for an estimated consideration of RM730.93 million.

It will also lease 150 acres of land for a 30-year period with an option for renewal for another 30 years, for the development of an international standard golf course with a minimum of 18 holes and a clubhouse, for RM65.34 million.

The development parcel and the lease parcel are collectively referred to as the land parcels which excludes a total area of 20.36 acres identified by PDC for other purposes, Eco World said, adding that the estimated total consideration for the land parcels is approximately RM796.3 million.

It noted that the board is presently reviewing the detailed terms of the LoA and further details of the proposed Eco Marina development will be announced after the group has accepted the LoA.

On the downside, an analyst who declined to be named said Eco World is paying a premium for the plot of land which will see the development of the residential and commercial units.

Based on the announcement yesterday, Eco World will have to pay approximately RM56 per sq ft (psf) for the 299.64 acres of land.

“They are paying a high price to the state for the land on Batu Kawan island which means they will have to set the prices for the residential units at the top end to recoup their investment,” the analyst said. The analyst added that the transacted prices for land in the area were in the range of RM30 psf.

Checks also showed that the sale of 245 acres of land on Batu Kawan island for development comprising an IKEA store, a state-of-the-art regional shopping centre and an integrated mixed development in PDC’s township of Bandar Cassia announced last year, was at RM45 psf.

The upside potential for real estate values in mainland Penang, especially Batu Kawan island, is picking up and has attracted large investments including foreign investors.

Forbes had named Penang as the third best city in the world to retire in, after Istanbul, Turkey and Medellin, Colombia.

The shares of Eco World closed two sen higher or 1.11% at RM1.82 yesterday, with a market capitalisation of RM3.55 billion. 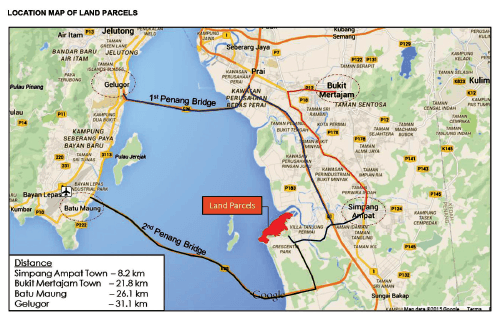