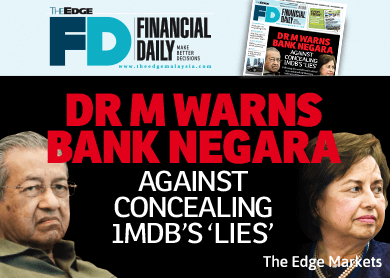 This follows the central bank’s refusal to reveal details of a report it received from the Monetary Authority of Singapore (MAS) about an account connected to 1MDB in BSI Bank Ltd.

“Regarding Bank Negara’s refusal to provide information on the report from MAS, if it is found to be protecting lies about 1MDB’s money that is said to be in Singapore, then this is also a crime under the country’s laws,” wrote the former prime minister in his blog chedet.cc.

“The international community would not cooperate with us [in the future] if we release the information that was extended to us,” she was quoted as saying by Malaysiakini.

She said revealing the information would “stop all investigations if we talk about it”.

Zeti also cited confidentiality requirements when asked about claims that 1MDB’s account at BSI Bank did not contain cash redeemed from its Cayman Islands investment.

Citing information it had received, the website said the bank told MAS the document did not originate from them.

Dr Mahathir yesterday also hit out at the authorities’ “refusal” to take action on the police reports lodged over 1MDB’s “vanished funds”.

“Instead, the person who lodges the police report is made a bankrupt, his house is seized and he is investigated for allegedly funding terrorism,” said Dr Mahathir, referring to sacked Umno leader Datuk Seri Khairuddin Abu Hassan.

He said it was “saddening” that preferential treatment existed in criminal investigations.

“There are journalists who are arrested under the Sedition Act, only to be released because they have committed no crime. I, too, was often raided by the Inland Revenue Board when I owned a medical clinic,” said Dr Mahathir.

He added that civil servants living beyond their means were often probed, yet no action was taken against ministers and “certain civilians” whose lavish lifestyles were public knowledge.

“Malaysians are subject to the same laws. There should be no favouritism and discrimination in upholding the law,” said Dr Mahathir. — The Malaysian Insider 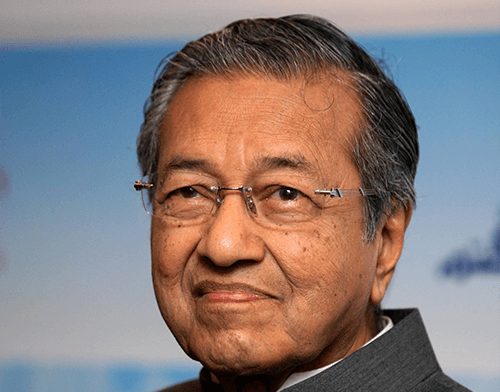