Dr Mahathir on AirAsia-Airbus deal: Offset not a bribe if it is for specific purpose 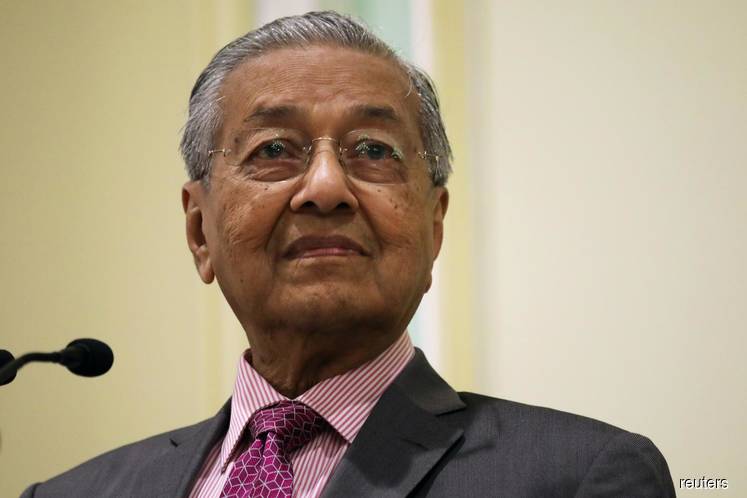 KUALA LUMPUR (Feb 6): Prime Minister Tun Dr Mahathir Mohamad said today the Malaysian government had always asked for offsets when it bought equipment at high prices and that it is not a bribe if an offset in a business transaction is for a specific purpose.

News reports quoted Dr Mahathir as saying today that it is a bribe if money goes into one's pocket.

"Yes, I hear there are allegations that AirAsia is involved in corruption. I am hesitant to comment, but usually when governments buy equipment, we always ask for an offset," he told reporters after a special address to the Education Ministry staff in Putrajaya today.

"For example, when we buy an airplane, we ask for an offset and whether we consider the offset as bribery or not, that is up to you. For me, if we can get something because we buy something at a high price, why can't we accept it? Unless the money went into your pocket, now that is bribery.

"If it was for a specific purpose, it is (considered) offset, not bribery. That is my opinion," he said.

The deferred prosecution agreement entered into by Airbus and the UK Serious Fraud Office (SFO) appears to implicate executives of AirAsia.

AirAsia Group Bhd and AirAsia X Bhd directors Tan Sri Tony Fernandes and Datuk Kamarudin Meranun said in a recent statement they categorically deny all allegations of wrongdoing or misconduct on their part as executives and directors of AirAsia with regard to the deferred prosecution agreement.

"Caterham F1, the company alleged to have been sponsored improperly by Airbus, was at the relevant time a Formula 1 Racing team that had gone round the globe promoting amongst others AirAsia, AirAsia X, GE and Airbus. Throughout the period we were shareholders in Caterham, the company made no profits and was eventually disposed [of] for 1 pound sterling in 2014. From start to finish this was a branding exercise and not a venture to make profits," they said.