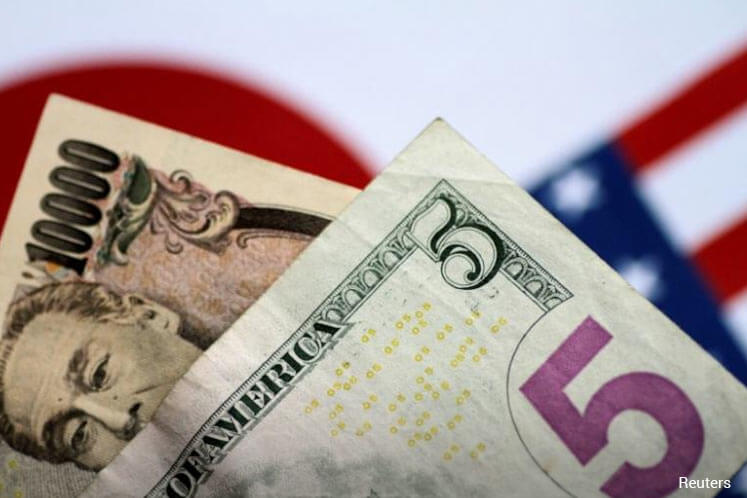 TOKYO (Aug 7): The dollar stood tall on Monday after an upbeat U.S. jobs report lifted it off 15-month lows, with data lined up this week seen as key to whether the greenback's rebound could be sustained in the longer term.

The dollar index against a basket of six major currencies was little changed at 93.447 after climbing 0.75 percent on Friday. The rally pulled it away from 92.548, its lowest level since May 2016 marked on Wednesday.

While the strong jobs data helped the dollar by keeping prospects of a December interest rate hike by the Federal Reserve alive, markets are looking for further evidence of robust fundamentals in order to firm up the U.S. currency's upturn.

"This is going to be a crucial week for the dollar. The limited rise by the 10-year Treasury yield despite the strong payrolls shows that concerns towards slowing U.S. inflation still linger," said Junichi Ishikawa, senior FX strategist at IG Securities in Tokyo.

"Data such as the producer and consumer price indexes may have to be better than expected to douse inflation concerns. Only then would the dollar reach a real turning point."

The 10-year Treasury note yield stood at 2.269 percent, pulling back slightly from Friday's high of 2.290 percent.

The Australian dollar was little changed at $0.7931 having lost about 0.7 percent last week against the broadly higher dollar.

The pound was flat at $1.3043. Friday's dollar surge deepened losses for sterling, which was already on the back foot after the Bank of England kept rates unchanged on Thursday and delivered a dovish message. It has slid sharply from a 13-month peak of $1.3267 set earlier last week.