D&O Green Technologies to sell 10% stake in subsidiary for RM64.8m 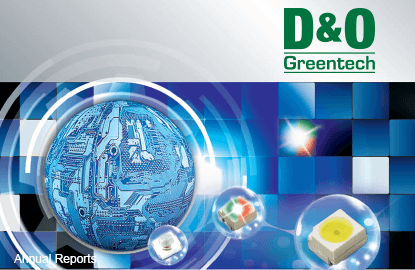 In a filing with Bursa Malaysia, D&O Green Tech said the company and DOT had entered into a conditional share subscription agreement with Epistar today for the subscription of 11 million new DOT shares, representing 10% of the issued and paid-up share capital of DOT.

D&O Green Tech, which holds a 68.71% stake in DOT, said the exercise is expected to be completed by mid-November this year.

DOT is principally involved in designing, developing and manufacturing of opto-semiconductor components, mainly LEDs, to cater for a wide range of product segments for automotive, consumer, communications and industrial applications.

The purchase consideration was reached based on the consolidated net assets attributable to owners of DOT as at Dec 31, 2014 of RM127.22 million and the future potential earnings of DOT.

D&O Green Tech said aside from raising working capital for DOT, which is expected to be fully utilised within a year from the completion of the proposed subscription, the company said the proposed subscription represents a strategic collaboration between the group and Epistar, one of the leading high brightness LED and chip manufacturers in the world.

"Upon completion of the proposed subscription, Epistar will become one of the major shareholders of DOT via its equity in interest of 10% in DOT based on the enlarged issued and paid-up share capital of DOT, enabling Epistar to participate in the future growth of DOT whilst providing DOT with further assurance for its chips or dies supply requirements," it added.

However, D&O Green Tech noted that upon completion, the proposed subscription will reduce the contribution of DOT to the group in the future.

It said that D&O Green Tech will only be able to reap 61.84% of the financial results of DOT in the future, compared to the current 68.71% contribution currently.

The proposal would require the approval of shareholders and directors of DOT as well as D&O Green Tech.