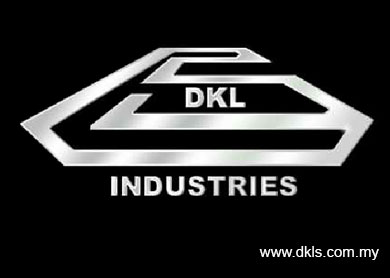 In a filing to the exchange today, DKLS said DESB currently holds a 30% stake in Yong Yu, and had initially invested RM44.52 million in the company.

“Based on the audited financial statements of the company as of Dec 31, 2013, the carrying value of DKLS Group’s interest in Yong Yu amounted to RM55.79 million,” said DKLS.

The parties have agreed that the share transfer price for the disposal shall be based on Yong Yu’s seven power stations, at an indicative price of RMB1.6 billion (RM859.73 million), subject to an independent valuation.

“The MOU is not expected to have any material effect on the share capital, substantial shareholder’s shareholdings, consolidated net assets, consolidated earnings and gearing of DKLS for the financial year ending Dec 31, 2014.

“However, if the proposed disposal materialises, it is expected to give rise to significant gain on disposal for DESB and the group,” said DKLS.

According to DKLS, Yong Yu, which was incorporated in 2003, has the right to develop, construct and operate nine power plants with a total capacity of 167,400 KW within Xi Luo River area situated in PuGe County Liang Shan State, China. Currently, five power plants have been constructed and are in operation.

Yong Yu also holds 95% equity interest in Sichuan Hui Dong De Long Hydropower Development Co Ltd, having a registered capital of RMB50 million, which has the right to develop, construct and operate two power plants within Tie Chang River area. Currently, the two power plants have been constructed and are in operation.