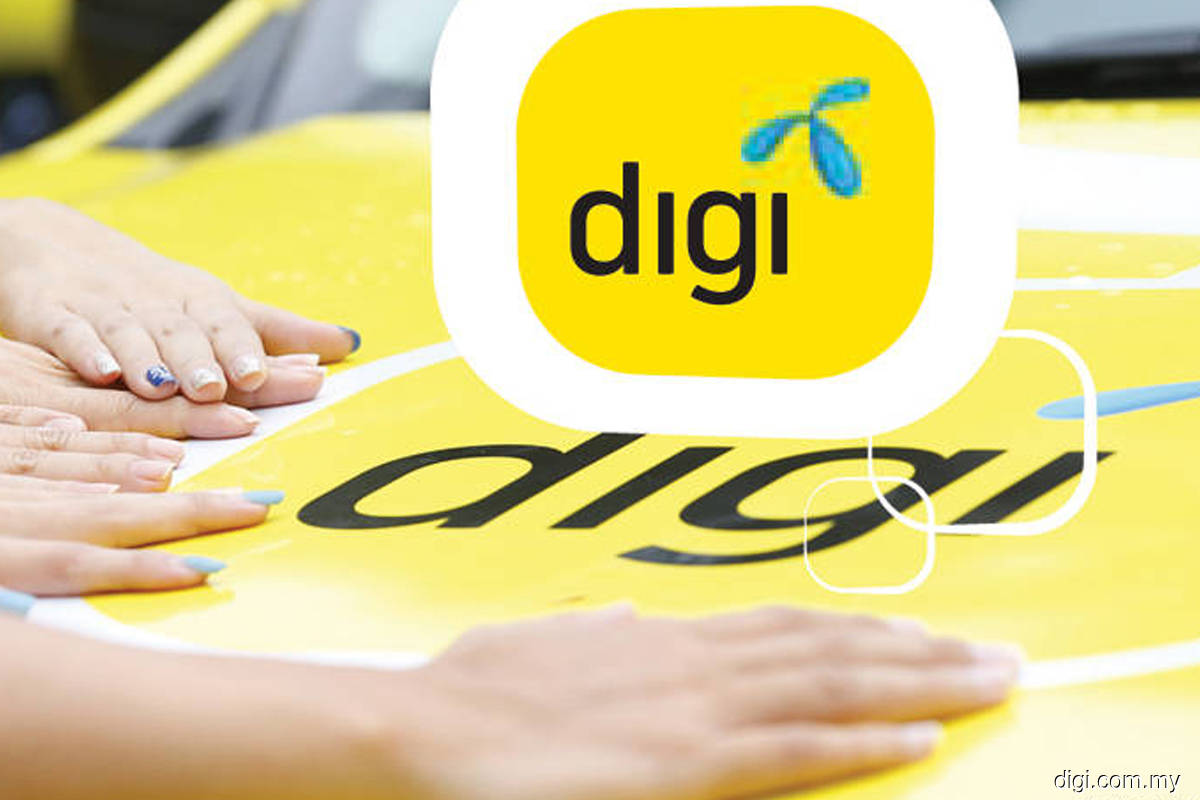 KUALA LUMPUR (Jan 27): Digi.Com Bhd reported a net profit of RM280.18 million in the fourth quarter ended Dec 31, 2020 (4QFY20), a 18.3% drop from RM342.92 million a year ago as the group's service revenue continued to be impacted by weak consumer and business spend amid the Conditional Movement Control Order (CMCO).

Group revenue for the quarter under review dropped 7.14% to RM1.56 billion versus RM1.68 billion a year ago. Earnings per share also fell to 3.6 sen compared with 4.41 sen per share previously.

Digi.Com declared a fourth interim dividend of 3.6 sen per share for FY20, which will be paid on March 26, 2021. In the same period in the previous year, it declared a dividend of 4.4 sen.

In a statement today, it said service revenue in 4QFY20 dipped 1.7% quarter-on-quarter to RM1.37 billion from RM1.44 billion, on the back of weakened consumer and business spend due to CMCO in certain states since October 2020.

Nevertheless, internet and digital revenue climbed to its highest in the last eight quarters to RM1.01 billion, underpinned by the group's focus on strengthening sustainable revenue portfolio.

The company also spent RM275 million on capital expenditure during the quarter, catering to delivering the fastest and most consistent network, driving customer engagements via digital channels, and curating relevant and best-in-value product offerings. These efforts, it said, had contributed to the net growth of the postpaid and business subscribers.

"Digi rallied against a challenging and uncertain market throughout 2020, driven by efficient operations and transformation initiatives. In the months ahead, we will maintain a sharp focus on accelerating our digital agenda and modernising our network and IT infrastructure to enhance customer experience, as well as supporting the society's recovery in this current climate," said Digi's chief executive officer Albern Murty.

While the market conditions continue to be challenging, Digi said it remains focused on its long-term strategic goals, set on solid fundamentals of robust financials, organisational agility and its trusted and responsible brand.