Despite apparent calm, a fiery election looms for PAS 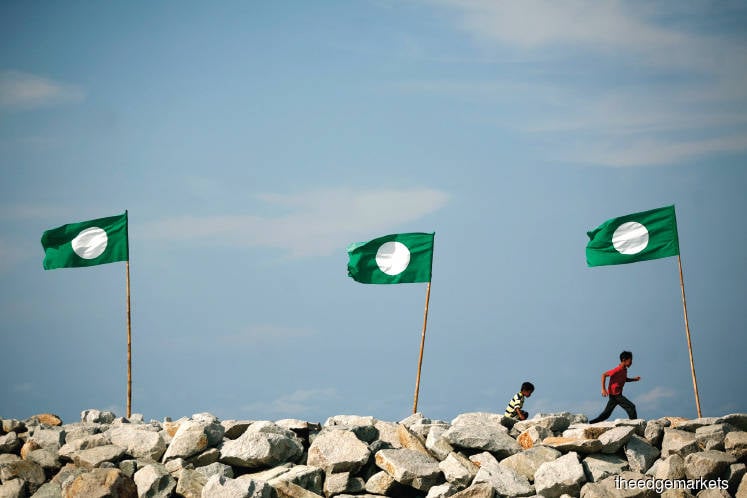 THE PAS party election this weekend for the 2019-2021 term seems set to be a tame affair. This is unlike 2015 when all the top posts, including those for the president and deputy president, were contested. It was then dubbed a battle between the professionals and the ulama, and as we know, Team Ulama swept the polls, resulting in the professionals leaving to form Parti Amanah Negara. The party that remained is the party we see today.

This time, Datuk Seri Abdul Hadi Awang and Datuk Tuan Ibrahim Tuan Man, as expected, were not challenged for the posts of president and deputy president respectively. The focus now is on the contest for the three vice-presidents. Perhaps that is what has given rise to talk that the polls will be a quiet affair. But is it really?

A former PAS activist sees the battle as one between the gang supportive of the PAS–Umno pact and the faction that is against the idea.

In the pro-collaboration team are people who have been labelled the “dedak cartel”, which allegedly received money from Umno and are still seen as being funded by their formerly bitter rivals. “Dedak” is a Malay term for animal feed that is also used to describe bribery.

“The other gang, led by Hadi’s son-in-law Zaharudin Muhammad, is not too keen about getting funds from Umno. Zaharudin has been very vocal with his accusations, using acronyms to reveal the cartel’s members,” says the former activist.

He adds that the clash this time is about which group gets to control the party’s 18-seat central committee to complement the top leadership — the president, deputy president and the three vice-presidents — who are all for PAS–Umno cooperation and want to take it up a notch or two.

Party insiders and observers are predicting that Samsuri will be voted in at the expense of Iskandar. According to long-time PAS watcher Mohamad Sayuti Omar, Iskandar’s stance on the PAS–Umno pact is vague, giving the impression that he is not for it. And the fact that he is no longer a Selangor state executive councillor is not helping his cause, says the former party activist.

In Sayuti’s opinion, PAS leaders and members who do not support the pact have not been too upfront about their stance. “Yes, there are such groups but perhaps they are afraid of the backlash and still have a phobia about the fate of the professionals in 2015”.

Nonetheless, Ilham Centre CEO Azlan Zainal expects a split down the line as there are party members in some states who just cannot accept a pact with Umno, especially in Kelantan and Terengganu. “To them, the allegations about receiving Umno money as well as other issues brought up by Zaharuddin are big indeed,” he says.

The irony is that Hadi’s son-in-law is not vying for any post in this election. Sayuti feels that Zaharuddin’s influence is on the wane.

But while resistance towards the pact is said to be strong in Kelantan and Terengganu, the strongest proponents are also from the two states. In Terengganu, there is Samsuri while in Kelantan, Mohd Amar, Takiyuddin Hassan and particularly Nik Abduh — son of the late Nik Aziz Nik Mat — are adamantly opposed to any cooperation with Umno. This is despite the keen rivalry between Mohd Amar and Nik Abduh, Azlan says.

Nik Abduh needs to win a seat in the central committee to revive his political career, he adds, especially because of the controversy over the audio recording in which he admitted that PAS had received money from Umno.

As for Mohd Amar, says Azlan, “he wants to prevent Nik Abduh’s climb and, at the same time, ready himself for the MB’s post”. So, it is about eliminating any possible threat. Mohd Amar is currently deputy menteri besar of Kelantan.

Based on that, there is everything to fight for. So, the party election won’t be as tame as it appears to be after all.

But just who will emerge winners?

The former PAS activist sees Samsuri and gang as having the upper hand “as they have the money and resources”.

If his prediction is true, the PAS-Umno pact will be seen as getting the endorsement of all in the party. Never mind if problems crop up later. For now, that is good enough.