Deputy minister defends ERL price hike, says up to 40% off for frequent users 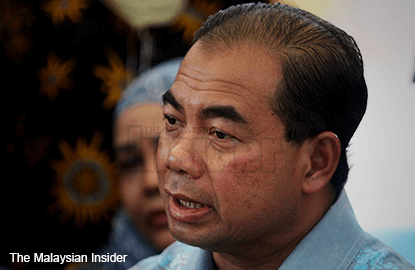 (Dec 2): Frequent travellers will get up to 40% discount on the express rail link (ERL), the deputy transport minister said amid criticism of the sudden price hike of RM20 for a trip from KL Sentral to the Kuala Lumpur International Airport.

Datuk Abdul Aziz Kaprawi, responding to reporters outside Parliament today, said the government agreed to give the operator the go-ahead to increase rates since they were not allowed to do so for the past 14 years.

When asked why the rates were not increased in stages, Aziz said: "For frequent travellers, they can use the travel card, it offers up to 40% off the published rate."

"There are many options, they can also buy using their credit cards."

Aziz said the cost of operations had doubled for the rail operator.

ERL Sdn Bhd said yesterday the fare for a one-way trip between KL Sentral and KLIA/klia2 would be raised RM20 to RM55 from Jan 1.

This was the first revision made since the service commenced operations almost 14 years ago, ERL chief executive officer Noormah Mohd Noor said when announcing the fare increase yesterday. – The Malaysian Insider