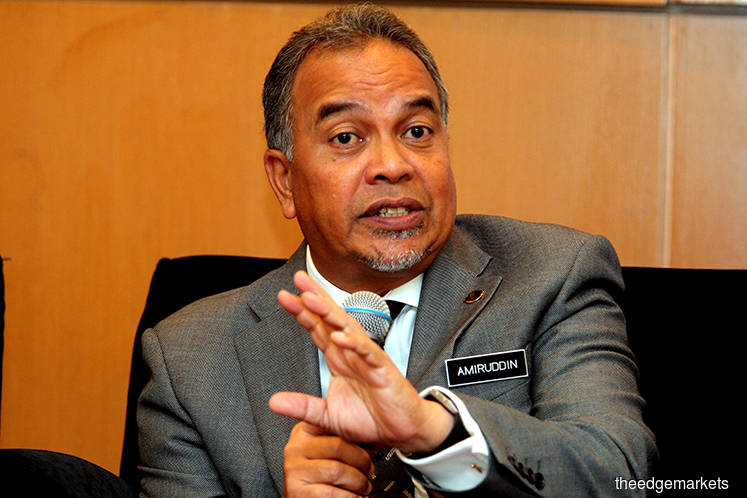 KUALA LUMPUR (July 2): The government intends to implement the departure levy which will likely be in September after the Hajj season, according to deputy Finance Minister Datuk Amiruddin Hamzah.

Speaking to reporters at the Parliament lobby today, Amiruddin revealed that the Cabinet is currently considering a model that the exit levy on air travellers will be based on, which consists of a combination of factors, including seat classes and destination.

"There are suggestions (on charging mechanism), to take into account of the seat classes. So far no decision yet. It (implementation) would be probably after the Hajj season, probably September, somewhere around that," said the deputy minister before leaving the Parliament.

The Hajj will be in the month of August.

This confirms the article by The Edge Financial Daily on Friday (June 28) that reported that the departure levy for outbound air travellers will be gazetted this month, for implementation in September.

The newspaper quoted sources saying that the government is in consultation with key industry players on the rates, which will be segmented to passengers flying to Asean countries and those beyond.

Passengers flying beyond Asean destinations, meanwhile, will pay a departure levy of RM50 for economy-class flights, and RM150 for business-class and first-class flights.

The Departure Levy Act that was passed by the Dewan Rakyat during the previous Parliament sitting was initially scheduled on June 1, but was subsequently postponed.

Initially, the charges proposed during Budget 2019 was RM40 for outbound international flyers to non-Asean countries, and RM20 for Asean countries. For now, the government is set to implement the levy for air travellers, while exempting the charges on those travelling out of the country via land or water.