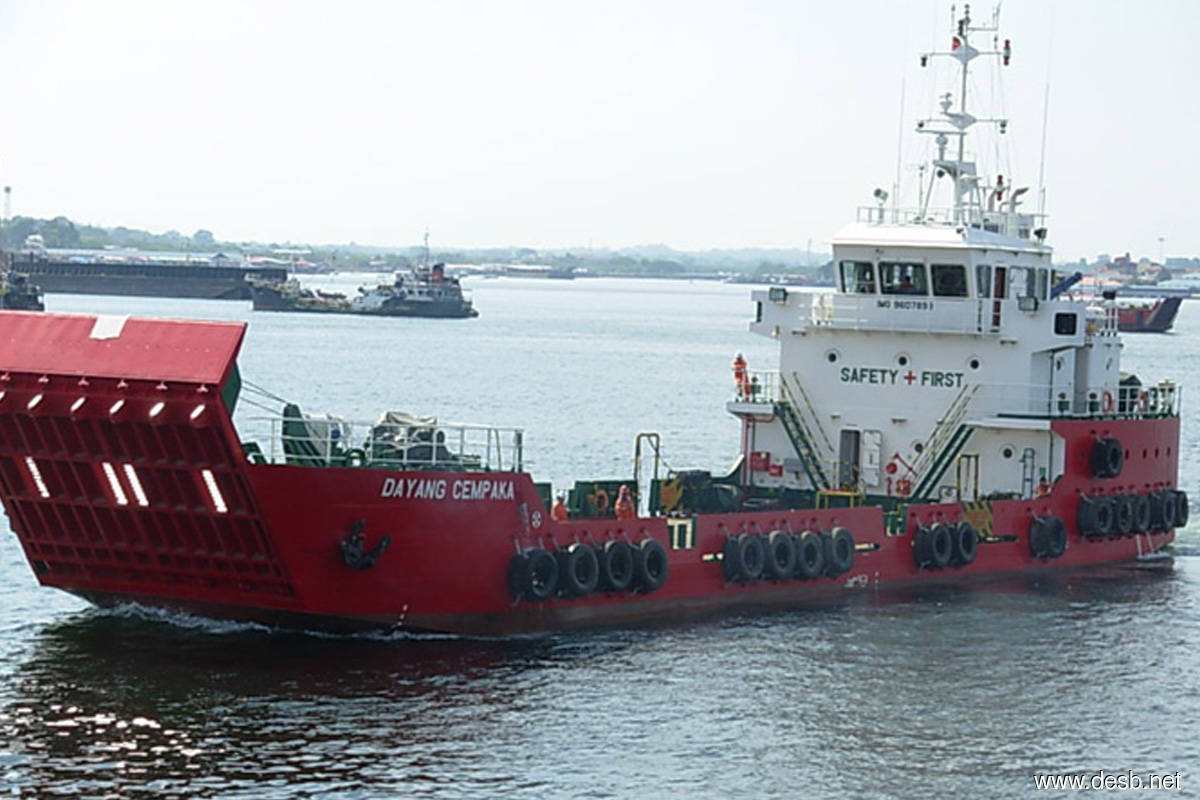 KUALA LUMPUR (May 19): Sarawak-based oil and gas service provider Dayang Enterprise Holdings Bhd swung back to profitability in the first quarter ended March 31, 2022 (1QFY22), with a net profit of RM13.76 million compared with a net loss of RM27.54 million a year ago.

The improved quarterly performance was mainly attributed to insurance claims received from the incident of MV Dayang Topaz of RM3.6 million, net realised/unrealised gain in foreign exchange of RM900,000, as well as lower depreciation charge by RM4.9 million.

Dayang had suffered the loss of one of its vessels in October 2020, when Dayang Topaz sank and two crew members died off the coast of Miri, Sarawak, after hitting an offshore oil platform. The vessel had lost control after an anchor snapped off.

Dayang Topaz was a maintenance vessel built in 2012. The 80.4-metre vessel had a carrying capacity of 3,528 deadweight tonnage.

Meanwhile, quarterly revenue surged 90.5% to RM160.14 million from RM84.06 million in 1QFY21, mainly due to the revival of work orders/contracts being awarded from an oil major in the first quarter of 2022.

Dayang noted vessel utilisation also came in stronger at 25% in the current quarter, compared with 20% in 1QFY21.

Moving forward, Dayang, which has an order book of RM1.8 billion, believes the group will benefit from the expected increase in demand for offshore maintenance, construction and modification and hook-up and commissioning works.

“The group will continue to be prudent in managing its business affairs, as well as exploring new opportunities. We will leverage on our strong track record and optimise our cost management, vessel utilisation and project execution,” it added.

Dayang’s share price finished two sen or 2.17% lower at 90 sen on Thursday (May 19), bringing it a market capitalisation of RM1.04 billion.